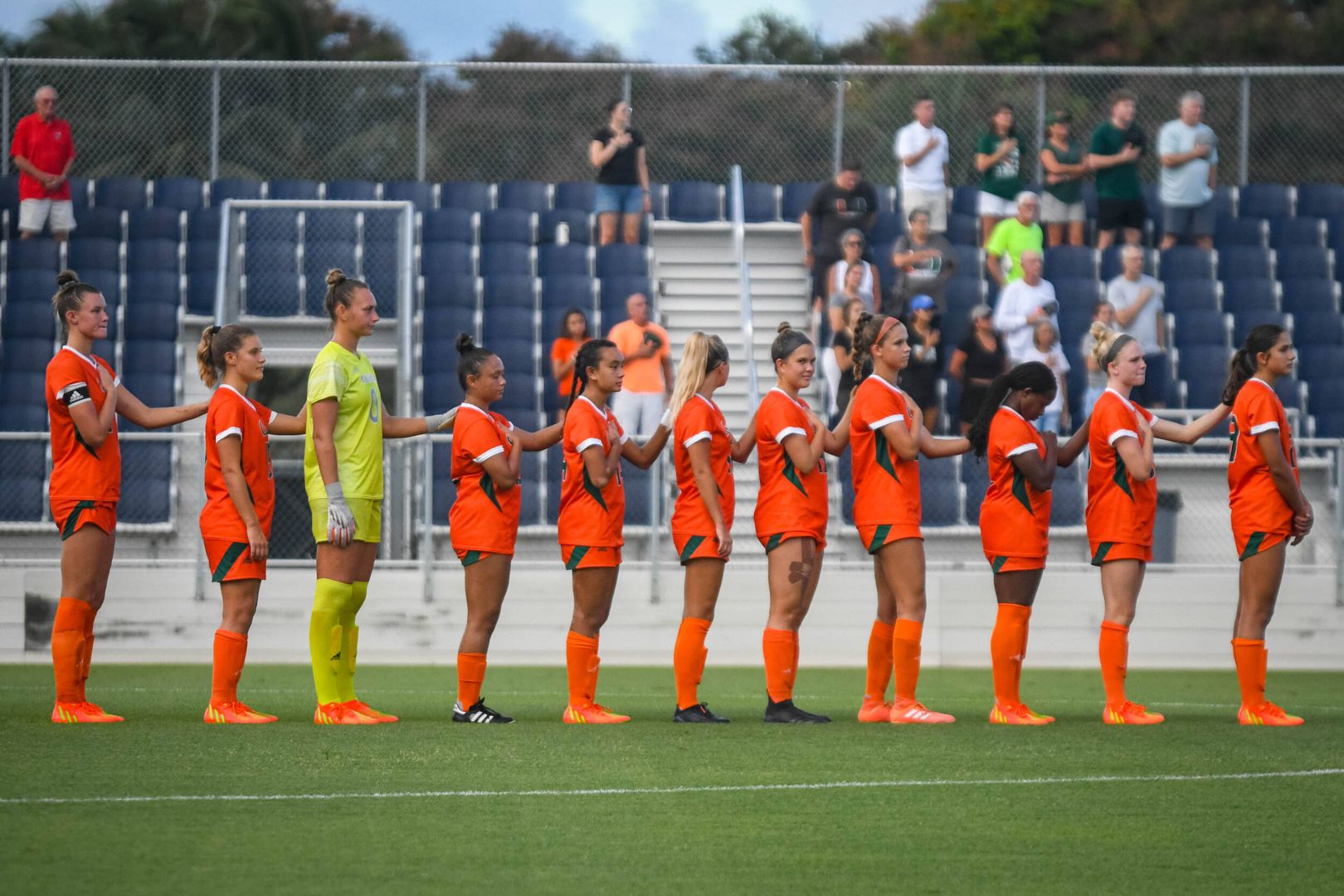 BOCA RATON, Fla. — For the third time in program history, the University of Miami soccer team has opened the season with three straight shutouts.

“Front to back, I thought we defended well,” Miami head coach Sarah Barnes said. “Every single person who came into the game gave us good moments. We can always get better, but there are a lot of positives to take away against an aggressive offensive team. For us, it’s about raising our level on the offensive end, getting more production.”

Dagenais’ finest moments came midway through the second half. 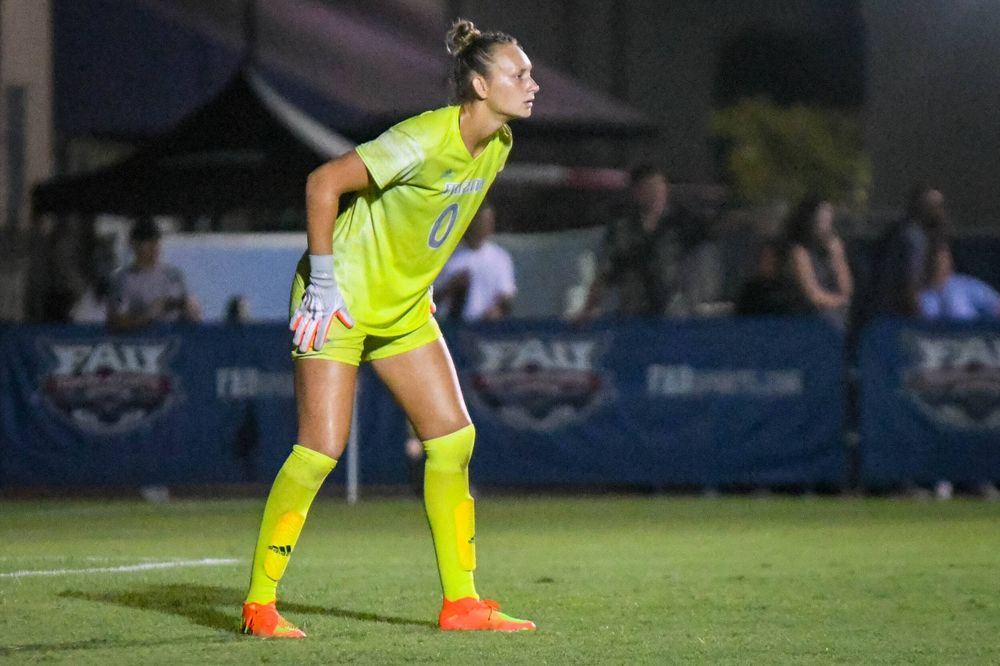 In the 67th minute, FAU earned a throw-in just outside the Hurricanes’ defensive third.

Graduate student forward Bri Austin received the ball at her feet and spun inside the six-yard box. Austin ripped a right-foot shot towards the bottom right corner, but Dagenais kicked it wide of the frame.

“I went into the game trying build even more confidence after the first two clean sheets,” Dagenais said. “Our grittiness has really been making the difference, sacrificing our bodies in front of the ball to do whatever we can.”

Nine minutes later, the Canadian netminder made her best stop of the night.

FAU redshirt senior midfielder Gi Krstec fired a ball ticketed towards the top left corner, but Dagenais flew through the air to push the attempt above the bar.

“It’s funny because the last two games I had the same type of save,” Dagenais said. “It’s beginning to become muscle memory; see it, tracking it and jumping for it.” 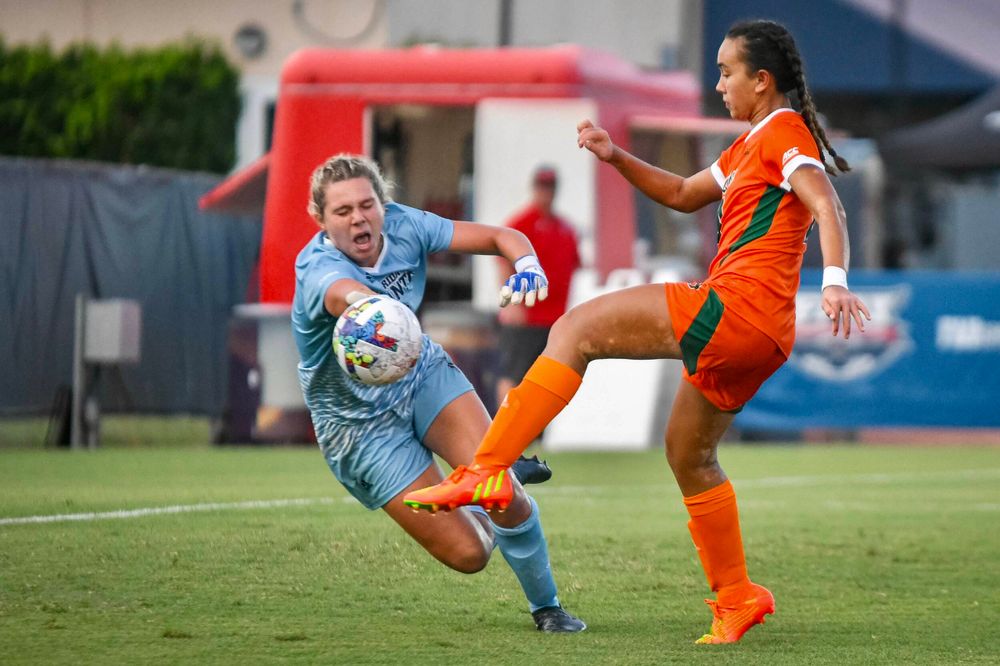 The Hurricanes knocked on the door in the fourth minute when freshman forward Emma Pidding nearly capitalized off a bouncing ball in the Owls’ box, but FAU goalie Blythe Braun knocked it away to eliminate the threat.

“I wanted to fight and slide for those chances,” Pidding said. “The first few games I was a little nervous, but I took what coach said and was diving and sacrificing myself for the team. I was pretty excited for that opportunity, but I just didn’t get enough of a touch on it.”

Next, Miami welcomes UNF to Coral Gables Sunday. Kickoff is set for 6 p.m. at Cobb Stadium.

“We need to take more risks in the attacking third,” Barnes said. “We put ourselves in some pretty good spots but right now we’re looking for the next person to take responsibility. In different moments, everybody has to find the courage to step up and take the risk. For us, that’s the next evolution, to be a more dynamic and aggressive offensive team.” 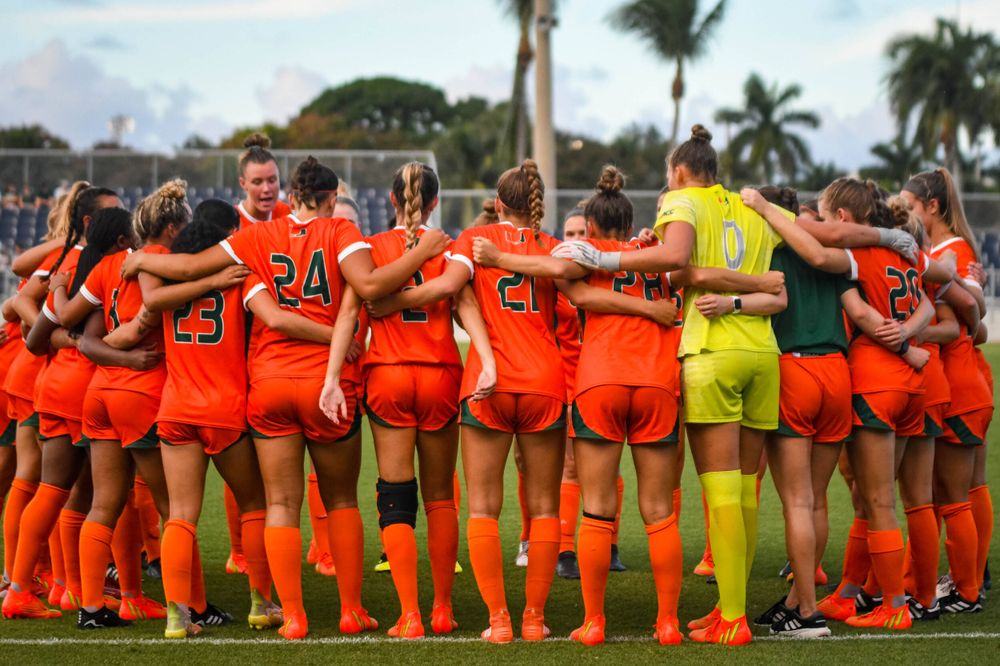