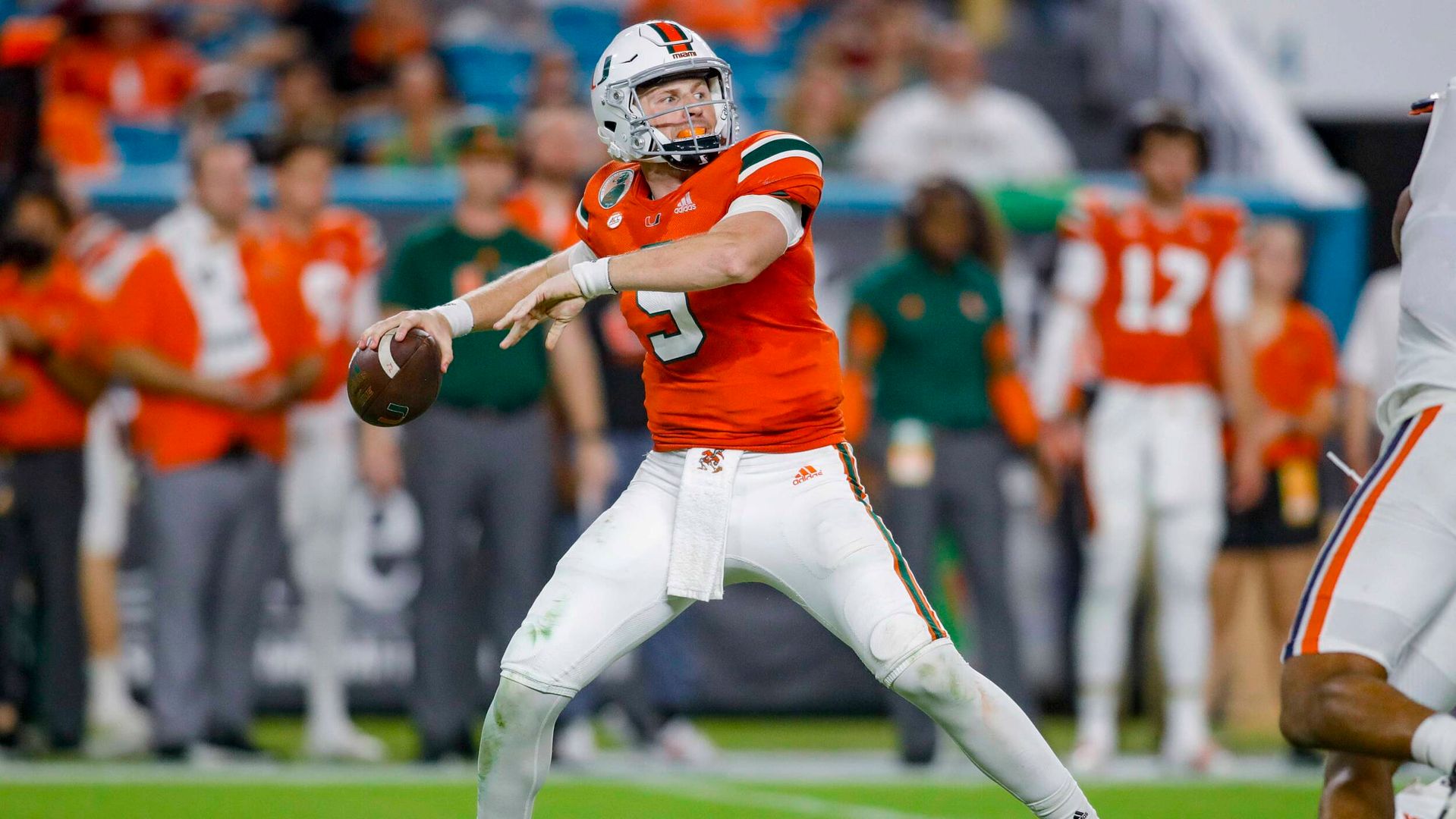 The Manning Award, sponsored by the Allstate Sugar Bowl, includes 30 quarterbacks across the country, five of whom are from the ACC. The plaudit began in 2004 and includes bowl performance in player evaluation.

Meanwhile, the CFPA award list, which recognizes individuals based strictly off of objective scientific rankings that increase a team’s overall effectiveness, includes 38 players. Honors have been handed out since 2008 and two Hurricanes have won positional trophies: Leonard Hankerson (2010 wide receiver) and Pat O’Donnell (2013 punter).

The 2021 ACC Rookie of the Year and five-time ACC Rookie of the Week, Van Dyke threw for 2,931 yards and 25 touchdowns in just 10 games, nine of which he started. He completed 62.3 percent of his passes, the sixth-best single-season mark in program history, and threw only five interceptions.

Van Dyke, who hails from Glastonbury, Conn., also became the first Power Five quarterback since LSU’s Joe Burrow in 2019 to throw for 300-plus yards and three-plus touchdowns in six straight games.