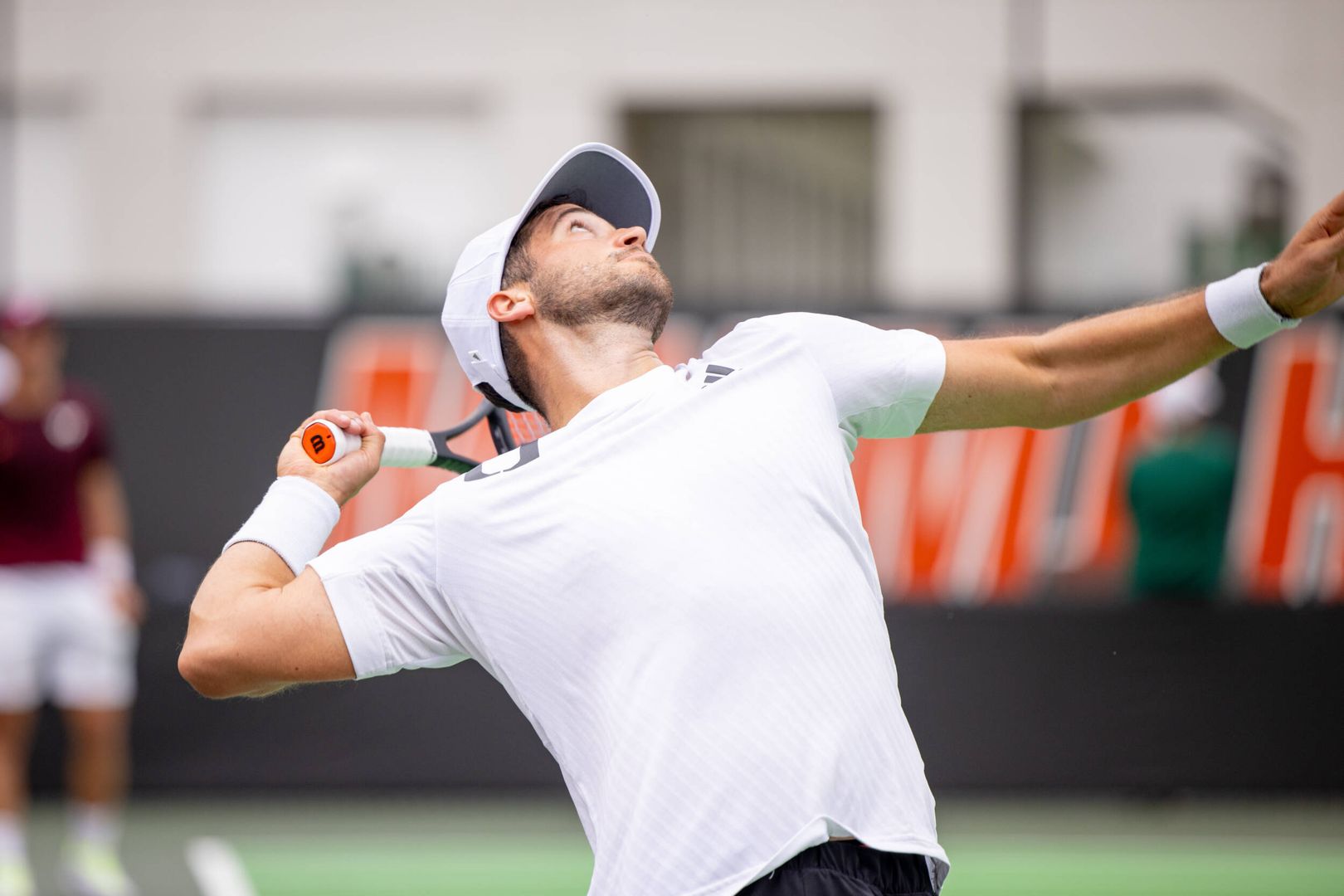 Graduate students Bojan Jankulovski and Dan Martin and freshman Martin Katz all earned ITA academic distinction for their achievements in the classroom. This is the first ITA academic nod for all three Hurricanes.

Jankulovski posted a 3.821 GPA this year while pursuing a master’s degree in Real Estate Development and Urbanism. The Macedonia native is a four-year member of the ACC Honor Roll and has made the AD’s Honor Roll (3.2+ GPA) on seven occasions.

Pursuing a master’s degree in sports administration, Martin was named to the AD’s Honor Roll in both semesters at Miami and recorded a 3.55 GPA as a graduate student.

In his first semester as a student-athlete, Katz posted a 3.66 GPA, earning a spot on the Dean’s List (3.5+ GPA). The Belgium native is studying for a degree in management.

All three Hurricanes also earned a spot on the All-ACC Academic Team for the 2021-22 season.

Minimum academic requirements for selection as an ITA Scholar-Athlete is a 3.5 GPA during the academic year.