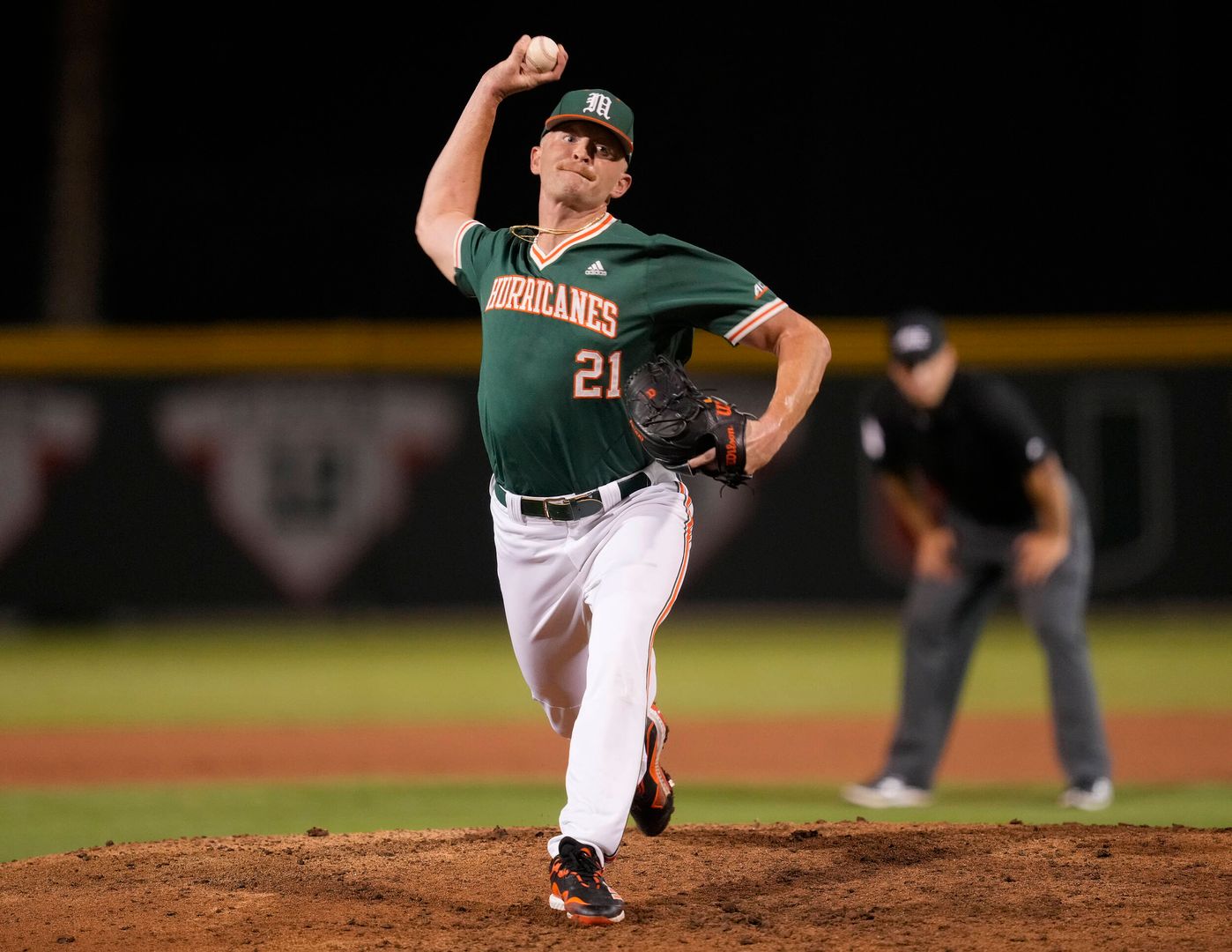 CORAL GABLES, Fla. — University of Miami right-handed pitcher Andrew Walters collected his third All-American honor in as many days Friday, as he was named a second-team All-American by the ABCA/Rawlings.

It is the fourth total All-America recognition for the sophomore, joining first-team selections by the NCBWA and Perfect Game and a second-team pick by Collegiate Baseball.

An NCBWA Stopper of the Year Award finalist, the Hurricanes closer tallied an ACC-best 14 saves, which is tied for fifth nationally and 10th all-time in a single season at Miami. 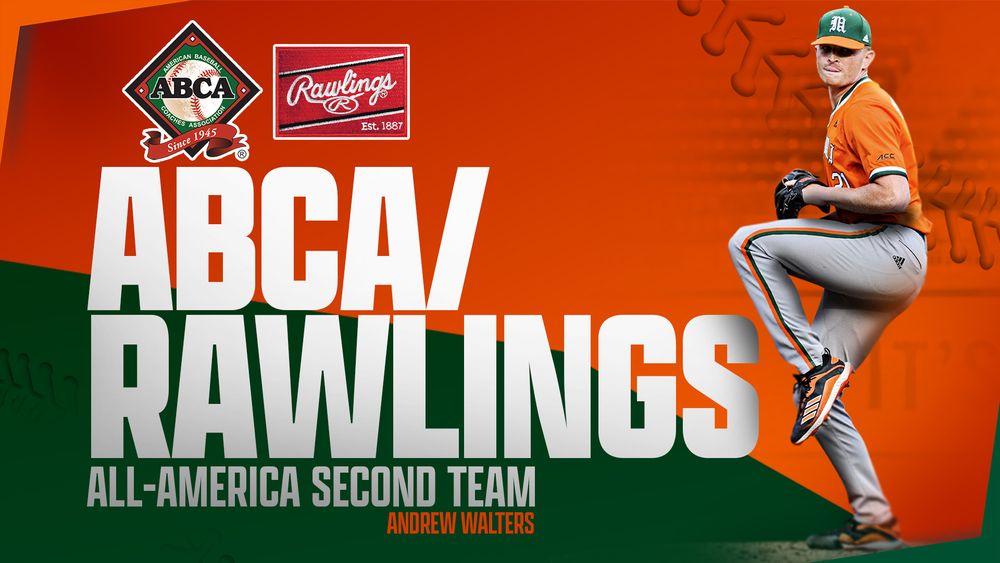 The 6-foot-4, 220-pound hurler posted a 1.65 ERA, surrendering only six runs in 24 appearances. Walters, who began the season with 22 2/3 consecutive scoreless innings, limited opposing hitters to a .116 batting average and recorded a 10.33 strikeout-to-walk ratio, punching out 62 batters, while only walking six.

The complete ABCA/Rawlings All-America teams can be viewed HERE.