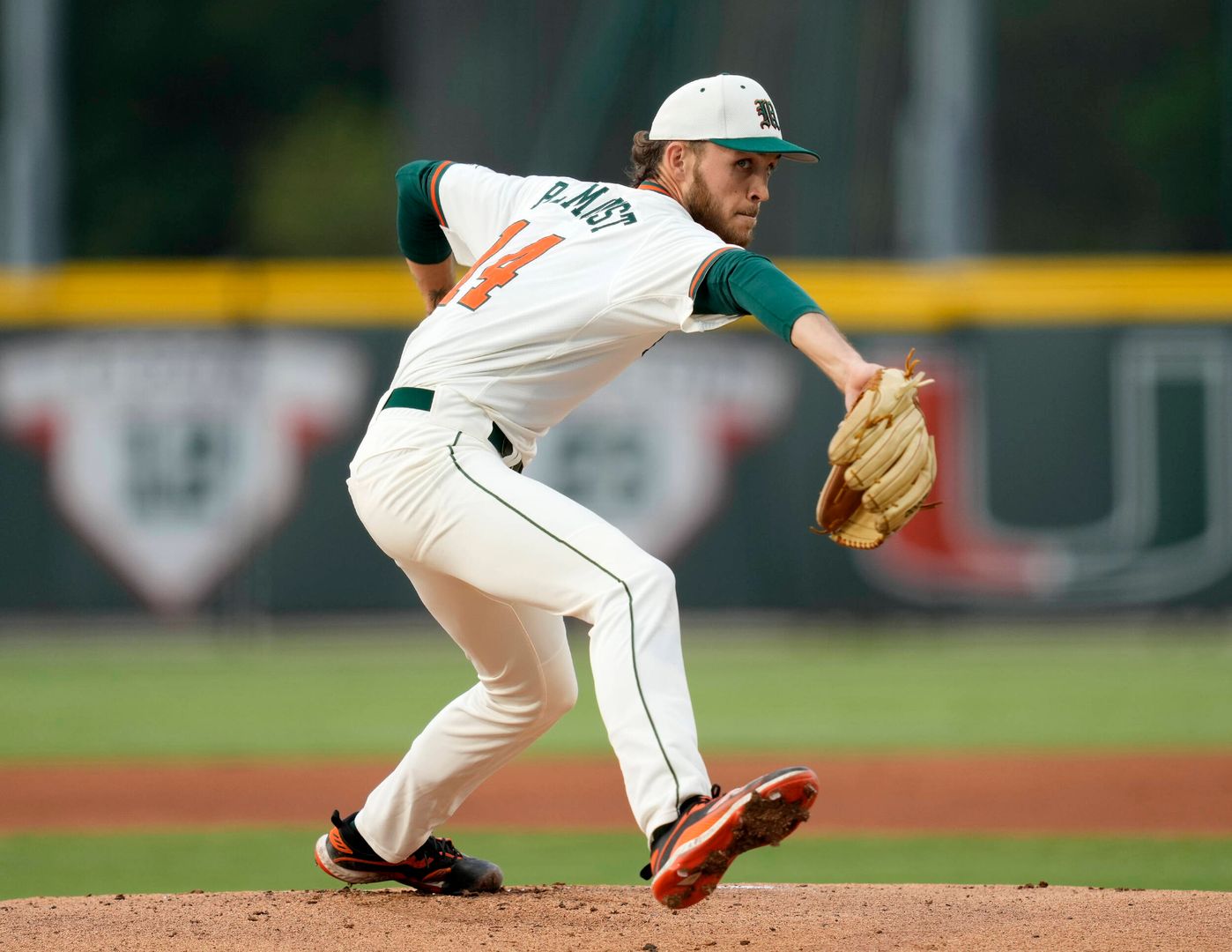 One of the most highly-touted ACC hurlers, Palmquist finished the 2022 campaign with 118 strikeouts and a 2.89 ERA, which rank second and third, respectively, within the league. His nine wins check in third in the ACC, while his .221 batting average against sits fourth.

In his final start of the season, the All-ACC first team pick registered his fourth double-digit strikeout performance of the year, bumping his total to 118 punchouts, the most by a Hurricane since Cesar Carrillo in 2005.

An NCBWA Stopper of the Year Finalist, Walters put together one of the finest campaigns by a closer in program history. The hard-throwing right-hander notched an ACC-best 14 saves, which is tied for fifth in the country. The mark ties him for 10th place in a single season at Miami, joining Palmquist (2021) and former greats Robbie Morrison (1996) and George Huguet (2001).

Walters, who began the year with 22 2/3 consecutive scoreless innings, recorded a 1.65 ERA, surrendering only six runs across 24 appearances. The Collegiate Baseball First Team All-American struck out 62 hitters, while walking just six and holding opponents to a .116 batting average.

The Hurricanes’ co-captain, Morales is one of the most prolific power hitters in the nation. Miami’s third baseman led the team with 64 runs, 17 doubles, three triples, 18 homers, 59 RBI, 156 total bases and a .650 slugging percentage.

With his stellar season, Morales became the first Hurricane since Zack Collins in 2015 and 2016 to blast double-digit dingers in back-to-back campaigns. The Miami native tallied a .329 average, the third best on the club.

The 2022 ABCA/Rawlings NCAA Div. I All-Region teams are voted on by members of the American Baseball Coaches Association and the process is led by the ABCA NCAA Div. I All-America Committee, which is chaired by Tommy Raffo of Arkansas State University.

The complete ABCA all-region teams can be viewed HERE.