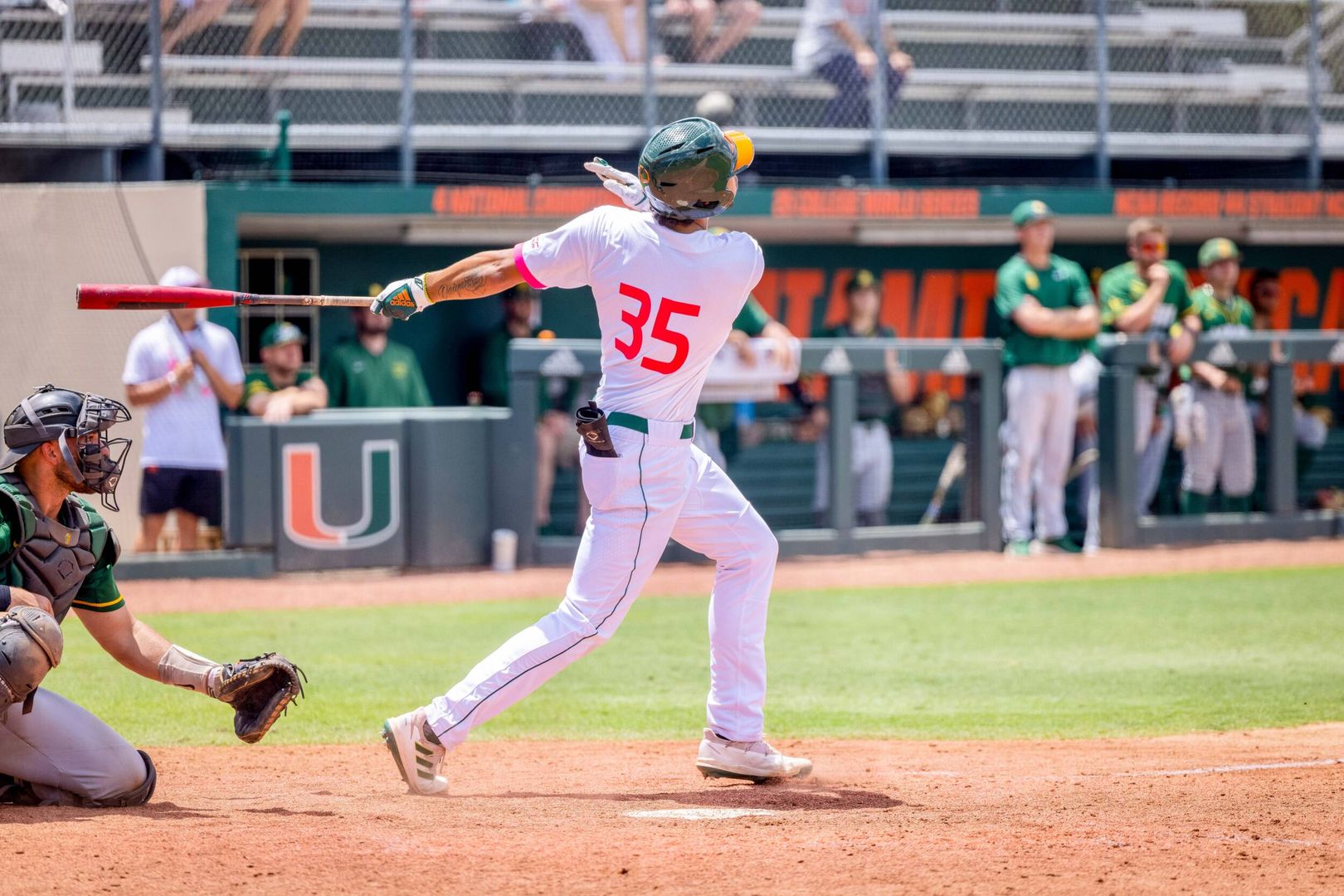 The Miami native batted .667, going 10-for-15 with three home runs and nine RBI across the Hurricanes’ sweep of North Dakota State.

In Friday’s 22-0 victory over the Bison, Morales recorded his third-career four-hit game, including his second straight, becoming the first Hurricane since George Iskenderian in 2015 with a quartet of hits in back-to-back contests. 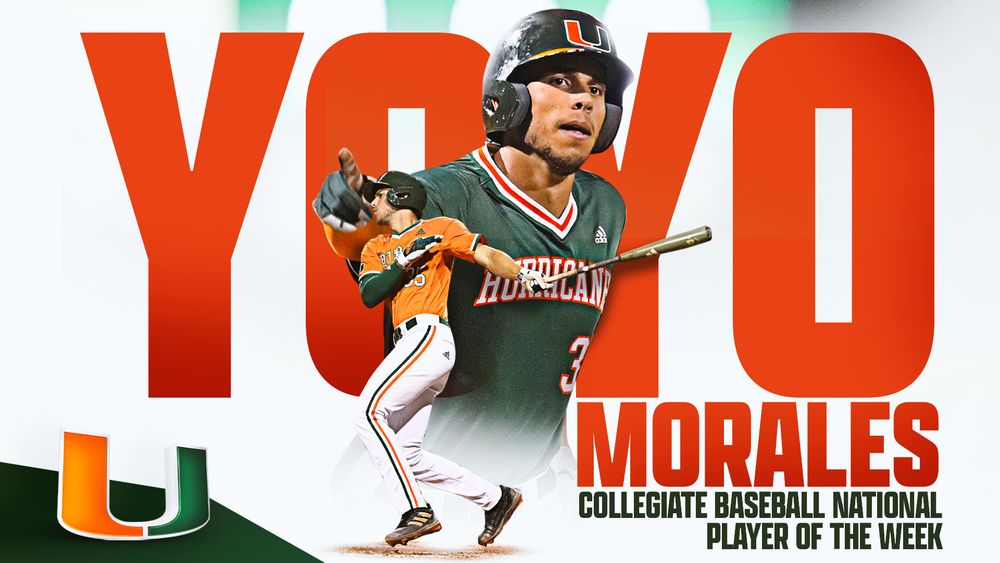 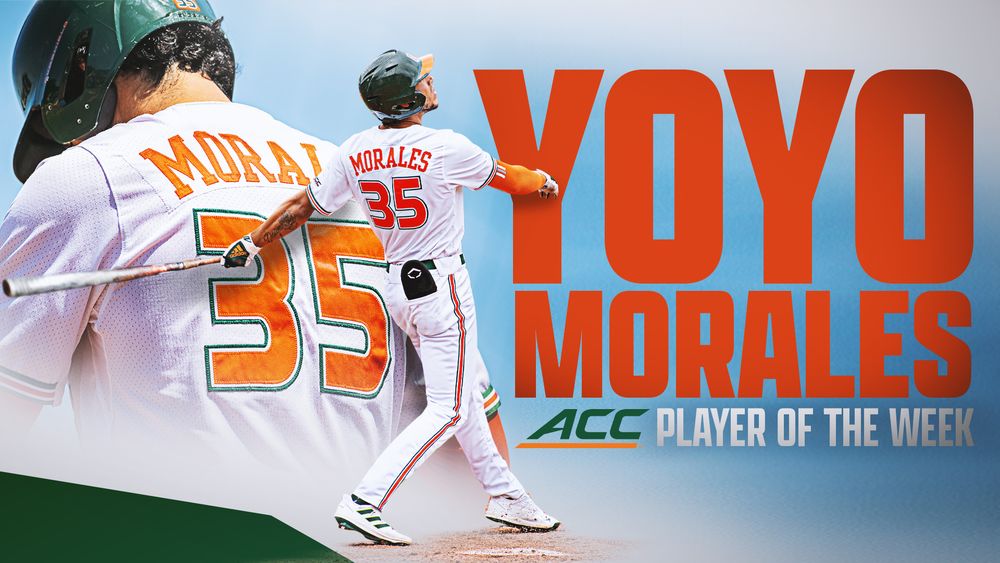 The 6-foot-4, 208-pound slugger punctuated his impressive showing at the plate Sunday, posting his first multi-homer performance of the season, capped off by a three-run jack in the seventh inning.

With his 10th and 11th round-trippers on Mother’s Day, Morales is the first Cane since Zack Collins in 2015 and 2016 to smack double-digit dingers in consecutive campaigns.

The sophomore is also the first Miami player to collect Collegiate Baseball recognition this season and joins fellow classmate Dominic Pitelli as the only Hurricanes to garner an ACC weekly honor in 2022.

No. 6 Miami wraps up its four-game homestand with the UCF Knights Wednesday. First pitch is scheduled for 6 p.m. at Alex Rodriguez Park at Mark Light Field.