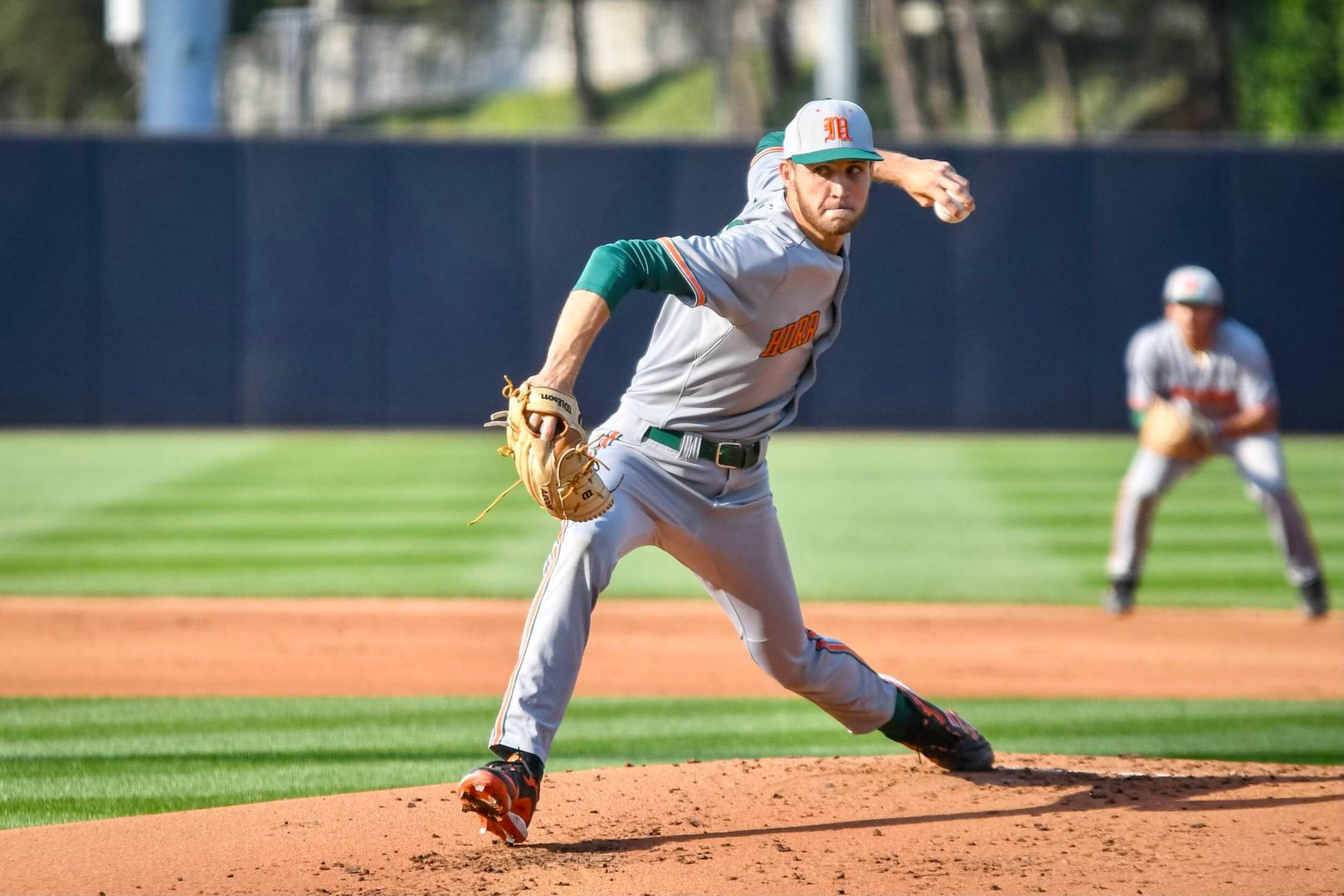 ATLANTA, Ga. — Miami left-handed pitcher Carson Palmquist held one of the best offenses in the country in check.

But despite a strong start from the Hurricanes’ ace, No. 3 Miami came up short, 3-1, Friday evening at Mac Nease Baseball Park.

“I thought he threw as good as I’ve seen him all year,” Miami head coach Gino DiMare said. “They’re a very good offensive team and he just did a great job. He pitched efficiently. He pitched good enough to win, we just couldn’t swing the bats as I’d like.” 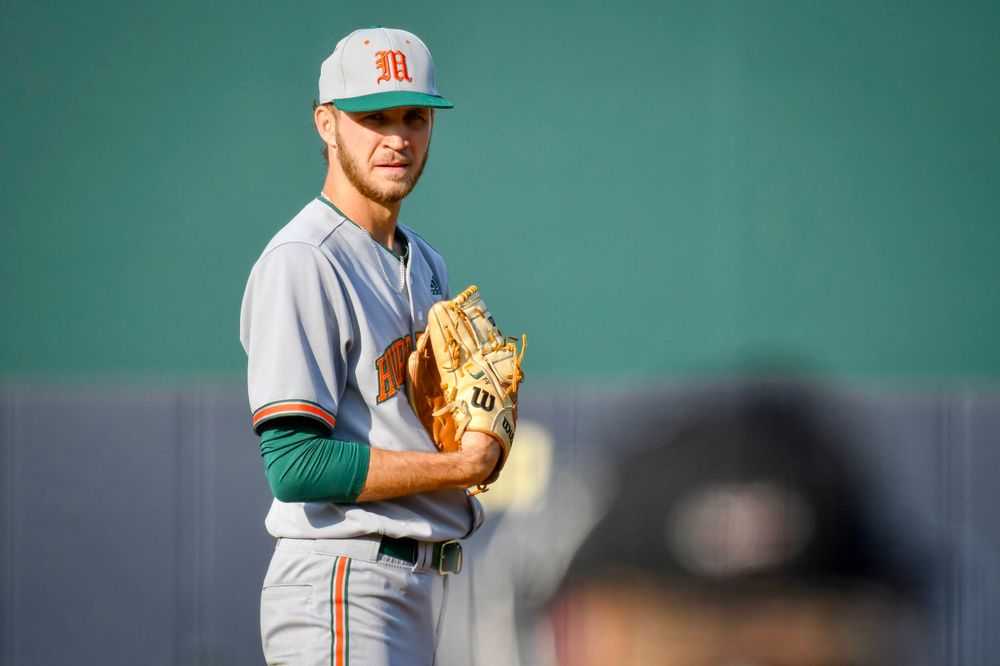 “Attacking the zone and trying to get contact outs so I could keep my pitch count low and go deeper into the game,” Palmquist said. “I was getting ground ball and fly ball outs.”

Miami brought the tying run to the plate in each of the final three innings, but the Yellow Jackets bullpen slammed the door.

Medich pitched a career-long six innings, holding the Hurricanes to one run on three hits. The right-hander matched a career-best six punchouts.

“We had some balls hit hard, but not enough,” DiMare said. “We chased a lot of bad pitches, especially breaking balls in the dirt. We have to lay off those pitches. We had some situations where we had guys on base and in scoring position.”

Georgia Tech first baseman Andrew Jenkins launched a 447-foot bomb to put the home team ahead, 1-0, in the fourth. 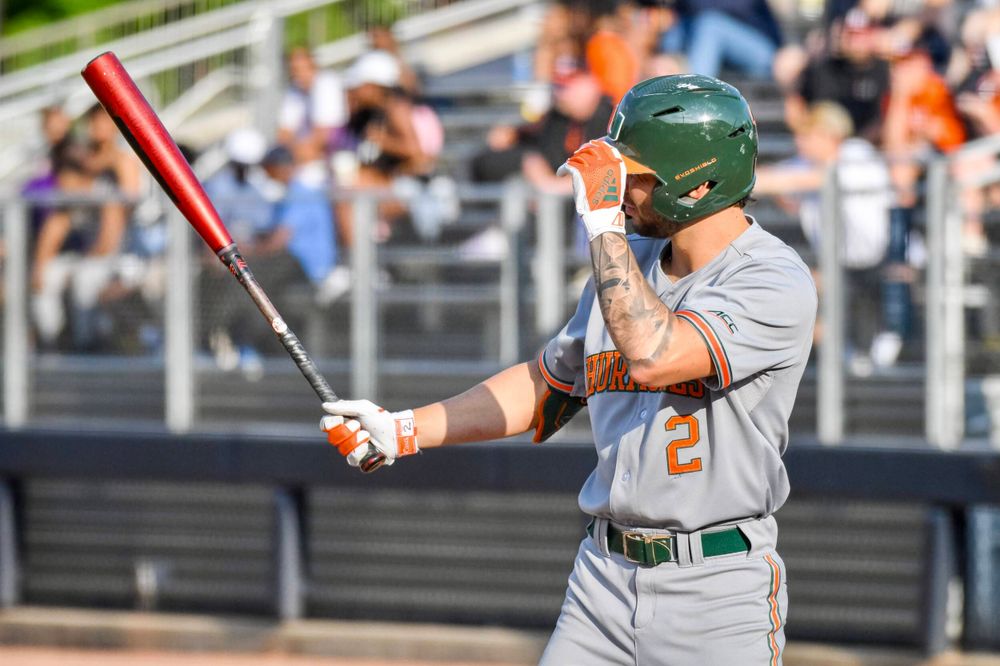 An inning later, Miami first baseman CJ Kayfus answered with a game-tying single to level the score midway through.

Palmquist retired five of the next seven batters after Jenkins’ 11th homer, but the nation’s home run leader would break the stalemate in the sixth.

As he did after the first round-tripper, Palmquist bounced back, setting down the final six hitters he’d face.

“It fired me up,” Palmquist said. “He’s one of the best hitters in the country. That time he got me, but I got him the two times before that.”

In the eighth, Parada singled home a run, helping Georgia Tech tack on an insurance tally.

With the loss, the Hurricanes have dropped three straight games for the first time all season.

Miami will look to even the series Saturday. First pitch is slated for 4 p.m.

“We’ve got to play the game better and smarter,” DiMare said. “Our approaches at the plate have to be better. It’s a team game. You have to put it all together, and when you don’t, you end up on the wrong side of it. We’ve done a good job up to this point, but you have to stay focused on what we’re trying to do.”