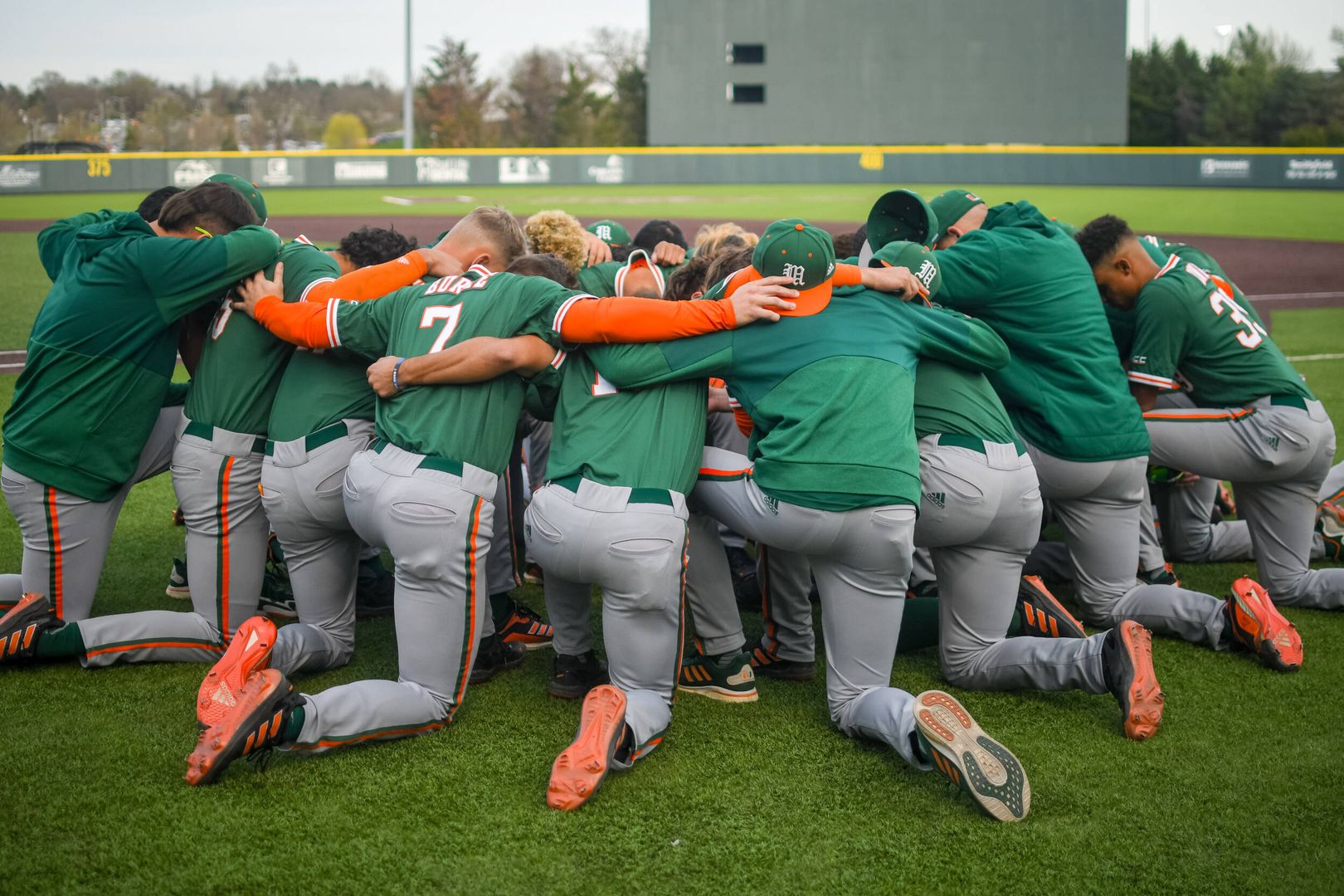 Second-Ranked Hurricanes Fall to No. 21 Hokies

The Hokies scored 11 runs over the first five frames, including a four-spot in the opening inning.

Miami (27-8, 13-4 ACC) answered with a run in the second courtesy of a Mike Rosario RBI single, but the Hokies’ offense proved to be too much.

Virginia Tech responded with a tally in the third before tacking on four more in the fourth.

UM second baseman Henry Wallen plated a run in the fifth with a base hit, but Hokies hurler Drue Hackenberg (7-0) held the Hurricanes in check.

The Hokies backed Hackenberg from the first pitch, scoring 10 of their 13 runs with two outs.

Miami hurler Karson Ligon, who entered the night third in the ACC in ERA, picked up his second career loss after going the first 3 2/3 innings.

After losing back-to-back games for only the second time this season, the Hurricanes will look to salvage the series Saturday. First pitch is slated for 2 p.m. at English Field.