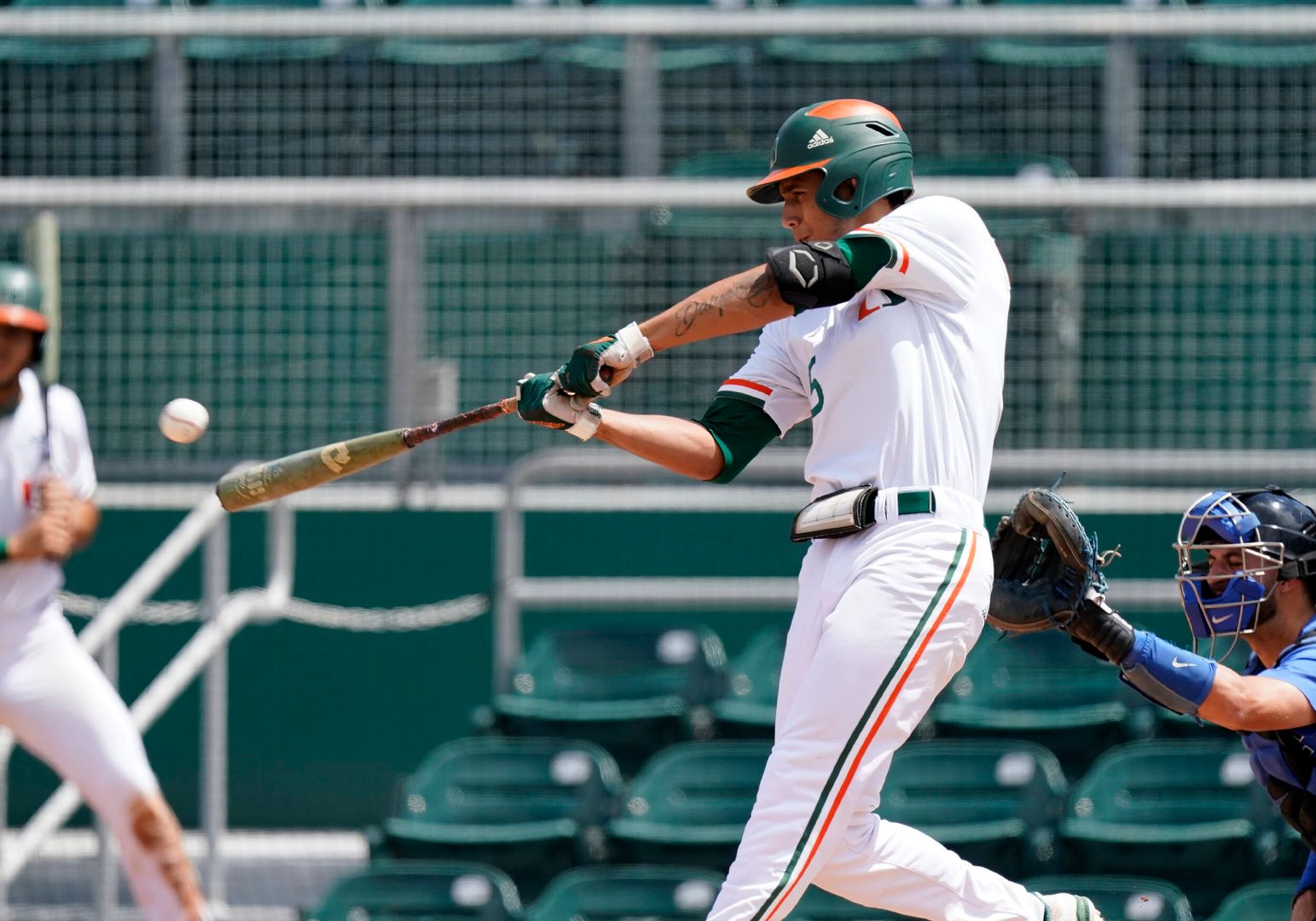 Sophomore infielder Yohandy Morales and junior catcher Maxwell Romero Jr. were among the 44 players named to the watch list for the 2022 college baseball season.

The Bobby Bragan Collegiate Slugger Award (BBCSA) presented by SR Bats is based on performance at the plate, academics and personal integrity. The 44 players on the watch list represent 18 conferences around the country, including all five power conferences. The complete watch list can be viewed HERE.

“The nominee’s list ranges from last year’s freshman All-Americans to five players who have already finished their degrees and are pursuing post-graduate studies. All of these student-athletes have outstanding academic credentials with many garnering academic honors at the school, conference and national level which reflects the academic component of the BBCSA.

One of the best hitters in the ACC, Morales was tabbed a Collegiate Baseball Preseason All-America third team. Morales led the Hurricanes with 13 doubles, three triples, 11 home runs, 45 RBI, a. 532 slugging percentage, 44 runs scored and 13 multi-RBI games in his debut campaign. The All-ACC Freshman Team selection hit .284 in 53 starts. The Miami native was named to the All-Gainesville Regional team after leading the Hurricanes with a .444 average, a homer and two RBI. 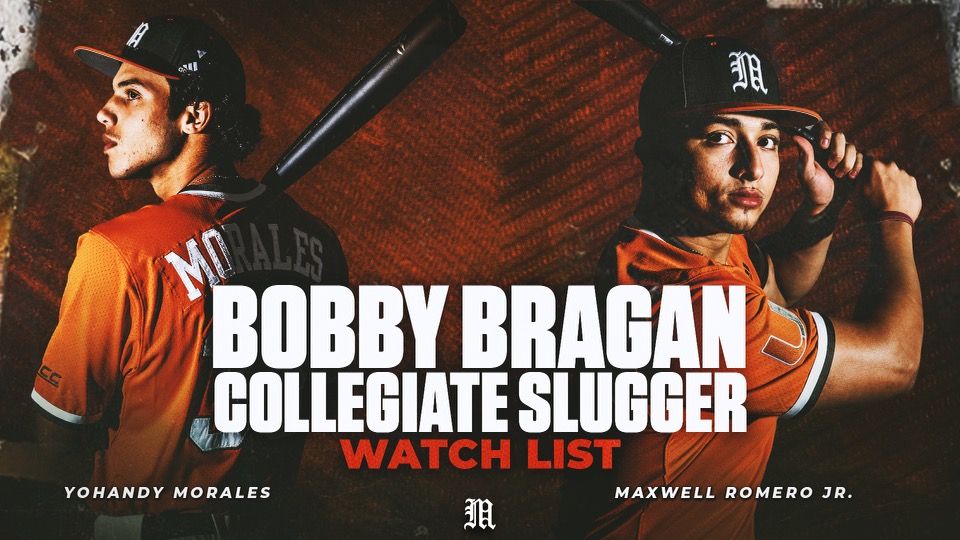 The BBCSA originally started out in 2017 as an honor going to the top college hitter in Texas. In 2019, the BBCSA expanded becoming a regional award covering Division I programs in Texas, Arkansas, Louisiana, New Mexico and Oklahoma. The BBCSA became a national award in 2020; however, no winner was announced due to the COVID-19 virus which cut the 2020 baseball season short.

The winner of the BBCSA will be announced in June and honored at a gala in the fall at the Fort Worth Club. Texas Tech’s Hunter Hargrove won the initial BBCSA in 2017. Dallas Baptist’s Devlin Granberg took home the honor in 2018 with Texas Tech’s Josh Jung winning the award in 2019. Last year’s winner was Connor Norby from East Carolina University.

Fans can follow news about the Bobby Bragan Collegiate Slugger Award presented by SR Bats and its Player of the Week honorees during the season at www.braganslugger.com