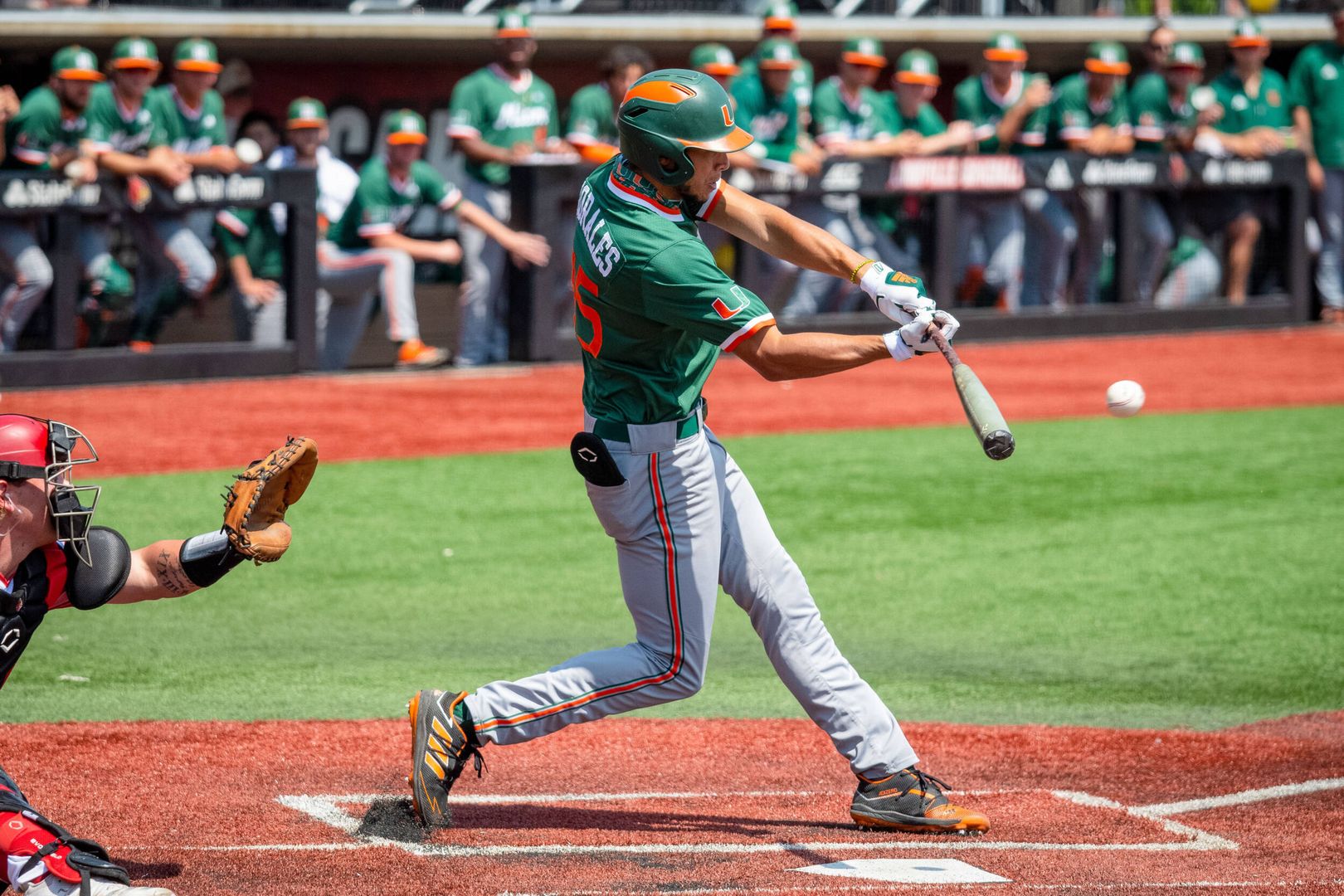 A Fort Myers, Fla., native, Palmquist was dubbed a first-team All-American by the NCBWA and Perfect Game, while he received second-team honors from Baseball America, Collegiate Baseball and D1Baseball, and a third-team pick by the ABCA/Rawlings in 2021. The 6-foot-3, 185-pound left-handed pitcher tallied an ACC-best 14 saves, which ranked third nationally. Palmquist recorded a 2.22 ERA and struck out 75 batters over 44 2/3 innings en route to being an NCBWA Stopper of the Year finalist. He was also chosen to represent his country this past summer as a member of USA Baseball’s Collegiate National Team. 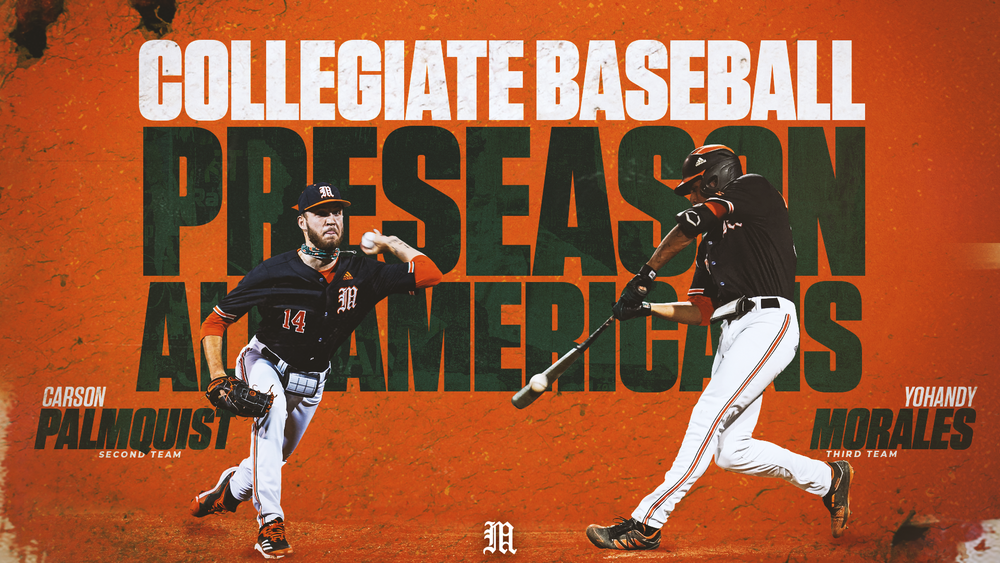 Morales, who joined Palmquist on the All-ACC Freshman Team, flexed his muscles at the plate in 2021 for the Hurricanes. The 6-foot-4, 208-pound infielder led the Canes with 13 doubles, three triples, 11 home runs, 45 RBI, a .532 slugging percentage, 44 runs scored and 13 multi-RBI games. The Miami native hit .284, making 53 starts in his debut campaign. Morales was named to the All-Gainesville Regional team after leading the Hurricanes with a .444 average, a homer and two RBI.

Miami checked in at No. 23 in Collegiate Baseball’s Fabulous 50 NCAA Division I Pre-Season Poll, the outlet released Monday.