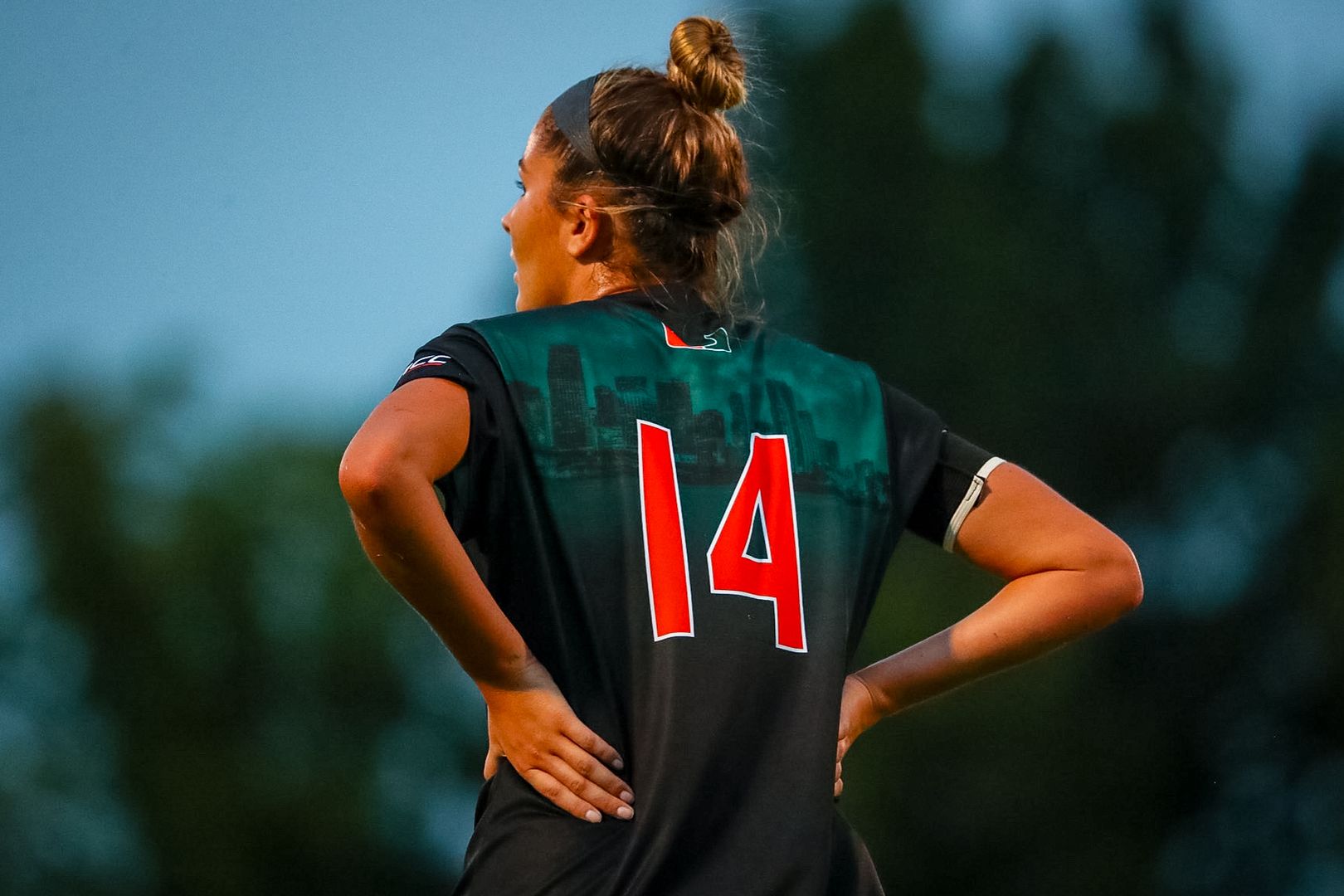 COLUMBIA, Mo. – For the second straight match, 90 minutes wasn’t enough to decide play between Miami and its opposition.

After scoring the golden goal in the 100th minute to topple rival Florida for the first time in nine years, the extra session didn’t treat the Hurricanes as kindly Thursday evening.

The Hurricanes came up short, dropping a 1-0 decision to the Missouri Tigers at Audrey J. Walton Soccer Stadium.

Before allowing the decisive tally in overtime, Miami (2-2) went more than 234 minutes without surrendering a goal.

Missouri forward Skye Kingsley netted the game-winner in the 92nd minute, the first goal allowed by the Hurricanes since the 48-minute mark against Lipscomb on Aug. 26.

The Tigers (2-2) outshot the Canes, 16-9, but the visitors from Coral Gables put more balls on target, recording five shots on goal.

Miami came inches away from finding the twine on multiple occasions in regulation.

In the 31st minute, redshirt junior forward Gudrun Haralz weaved her way through the Mizzou defense and fired an attempt from 20 yards away. Haralz’s screaming shot went just wide of the left post.

The Miami native paced the Hurricanes with four shots, including a bending strike in the 60th minute that forced Missouri goalkeeper Sophia Worth to lay out and make the stop.

Late in the second half, Gabriela Rusek rainbowed a looping cross off of a corner kick. Senior captain Selena Fortich leaped up and headed the ball toward the frame, but Worth was in position for the save.

Next up, Miami returns home to Cobb Stadium to host crosstown foe FIU on Sept. 9. Kickoff is scheduled for 7 p.m.