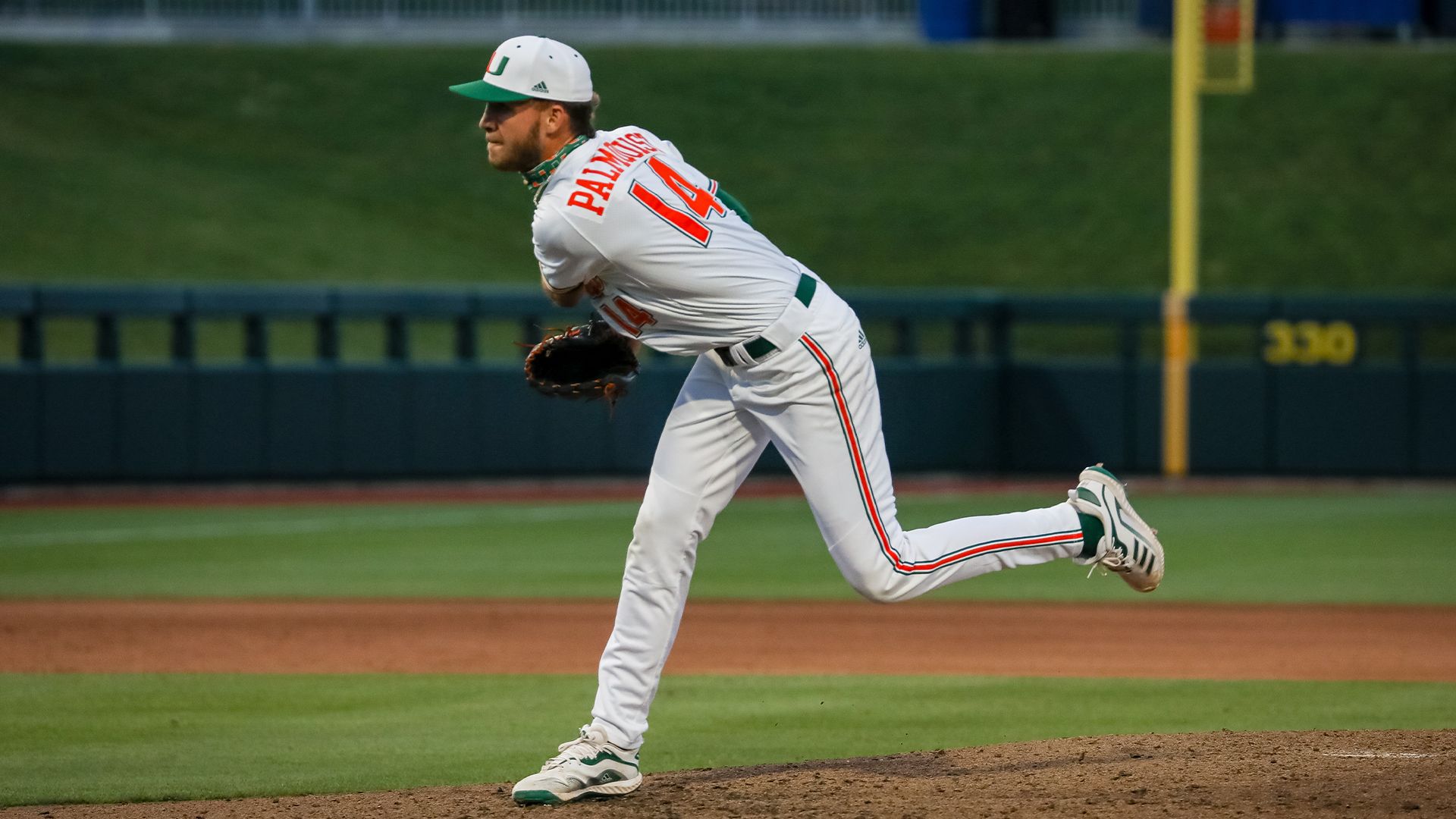 CORAL GABLES, Fla. – University of Miami closer Carson Palmquist was named an All-American by D1 Baseball, as announced Monday by the publication.

Palmquist was named to the D1 Baseball All-America Second Team after an incredible season at the back of Miami’s bullpen. The left-hander has also been named a first-team All-American by the NCBWA and Perfect Game, while he earned second-team honors from Baseball America and Collegiate Baseball and a third-team selection by the ABCA.

The most dominant closer in the ACC and one of the top relievers in America, Palmquist was named a Freshman All-American by the NCBWA and was joined by infielder Yohandy Morales on Collegiate Baseball’s Freshman All-America team. He was also named to the ABCA Southeast All-Region first team. He was also selected to represent his country this summer as a member of USA Baseball’s Collegiate National Team. 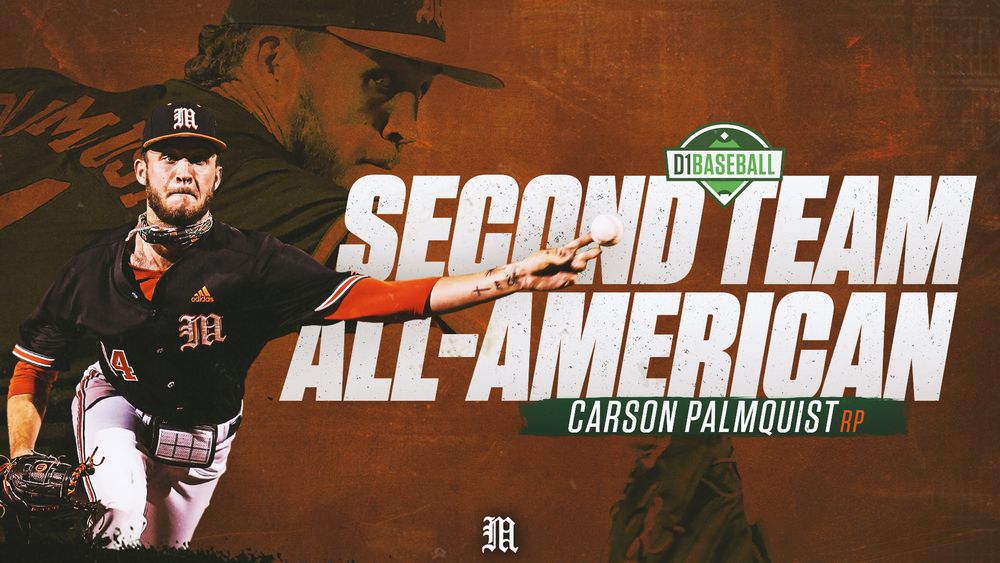 Palmquist, who was also named to the 2021 ACC All-Freshman Team, was named the All-ACC first-team relief pitcher after an incredible first full season in Coral Gables. The southpaw was named a semifinalist for the Dick Howser Trophy. He was the only freshman among the 10 finalists for the 2021 NCBWA Stopper of the Year.

The complete D1 Baseball All-America teams can be viewed HERE.