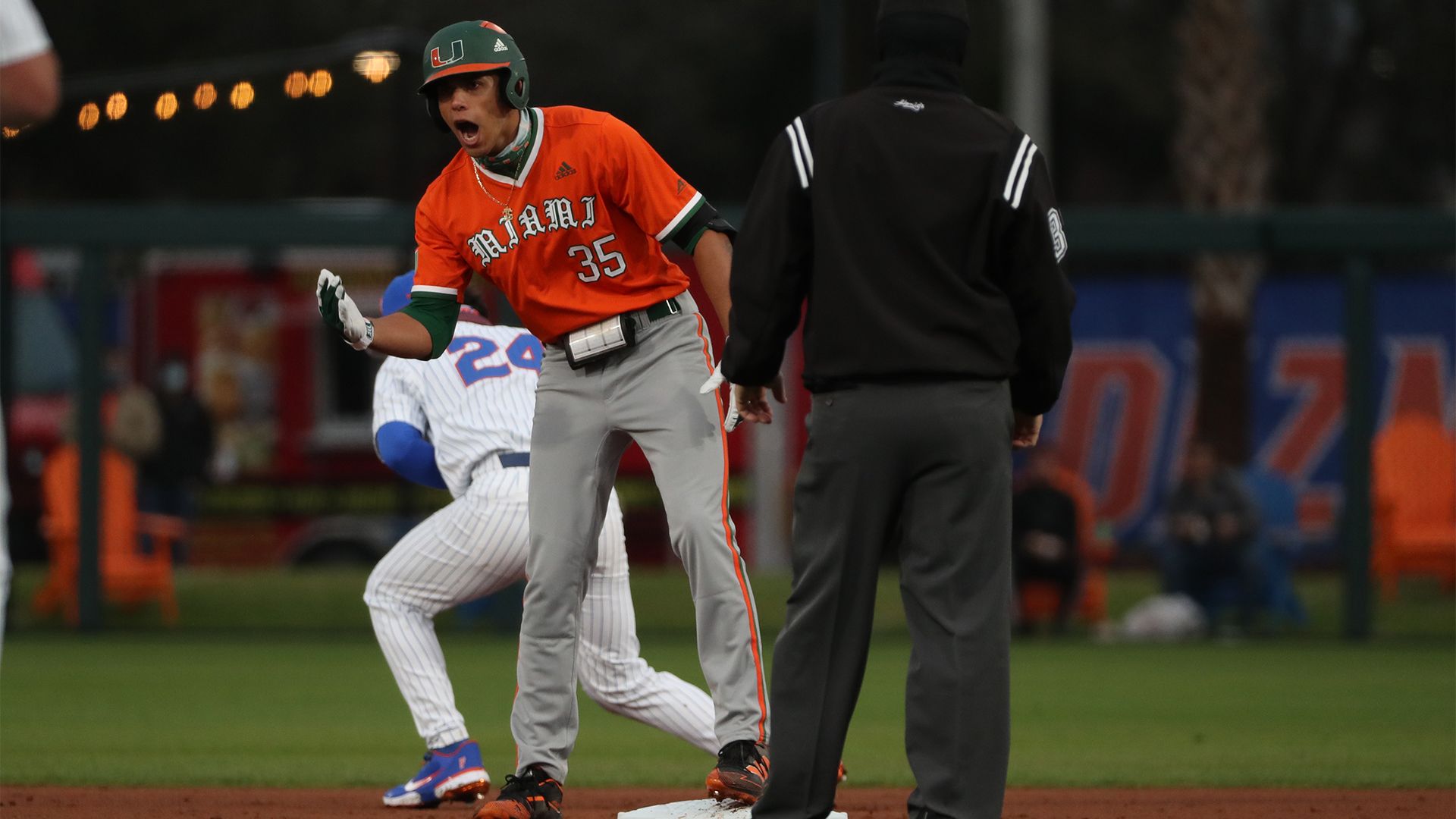 Palmquist and Morales were among the 98 players recognized by Collegiate Baseball as the top freshmen in Division I for the 2021 season. The pair made up a quarter of the ACC’s representatives on the 2021 Freshman All-America team, as Miami tied with Wake Forest with two players selected while Clemson, Florida State, Georgia Tech and Virginia each had one player named to the team. 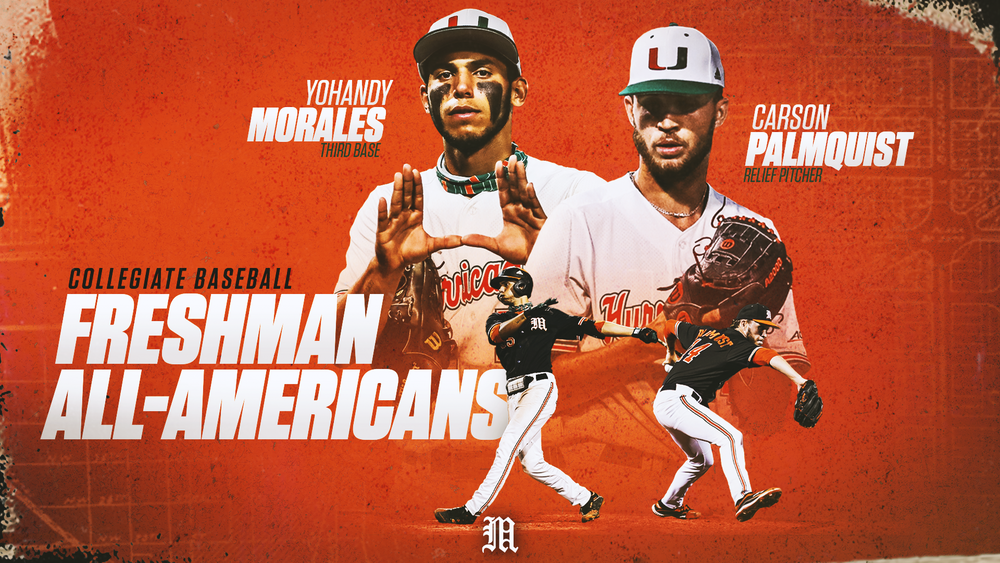 Morales proved to be one of the top freshmen in the ACC in his debut season with the Hurricanes, earning ACC All-Freshman honors. The rookie infielder led Miami with 13 doubles, 11 homers, 45 RBI and 13 multi-RBI games. He finished the year second on the team with 17 multi-hit games and had a 12-game on-base streak (Mar. 21 – Apr. 11).

The Miami native, who started all 53 games he played in this season, closed out the regular season batting .272 with 10 doubles and a team-high three triples. Morales went on a tear in the ACC tournament and at the Gainesville Regional, batting .438 (7-for-16) with three doubles, a homer and three RBI to lead the Hurricanes in all of those categories. The true freshman was named to the All-Gainesville Regional team after leading Miami with a .444 average (4-for-9) with a homer and 2 RBI over the Hurricanes’ three NCAA tournament games.

The most dominant closer in the ACC and one of the top relievers in America, Palmquist earned his first All-America honor last week when he garnered second-team distinction from Collegiate Baseball. The southpaw was also named the All-ACC first-team relief pitcher after an incredible first full season in Coral Gables.

Palmquist, who was also named to the 2021 ACC All-Freshman Team, was named a semifinalist for the Dick Howser Trophy. He is the only freshman among the 10 finalists for the 2021 NCBWA Stopper of the Year.