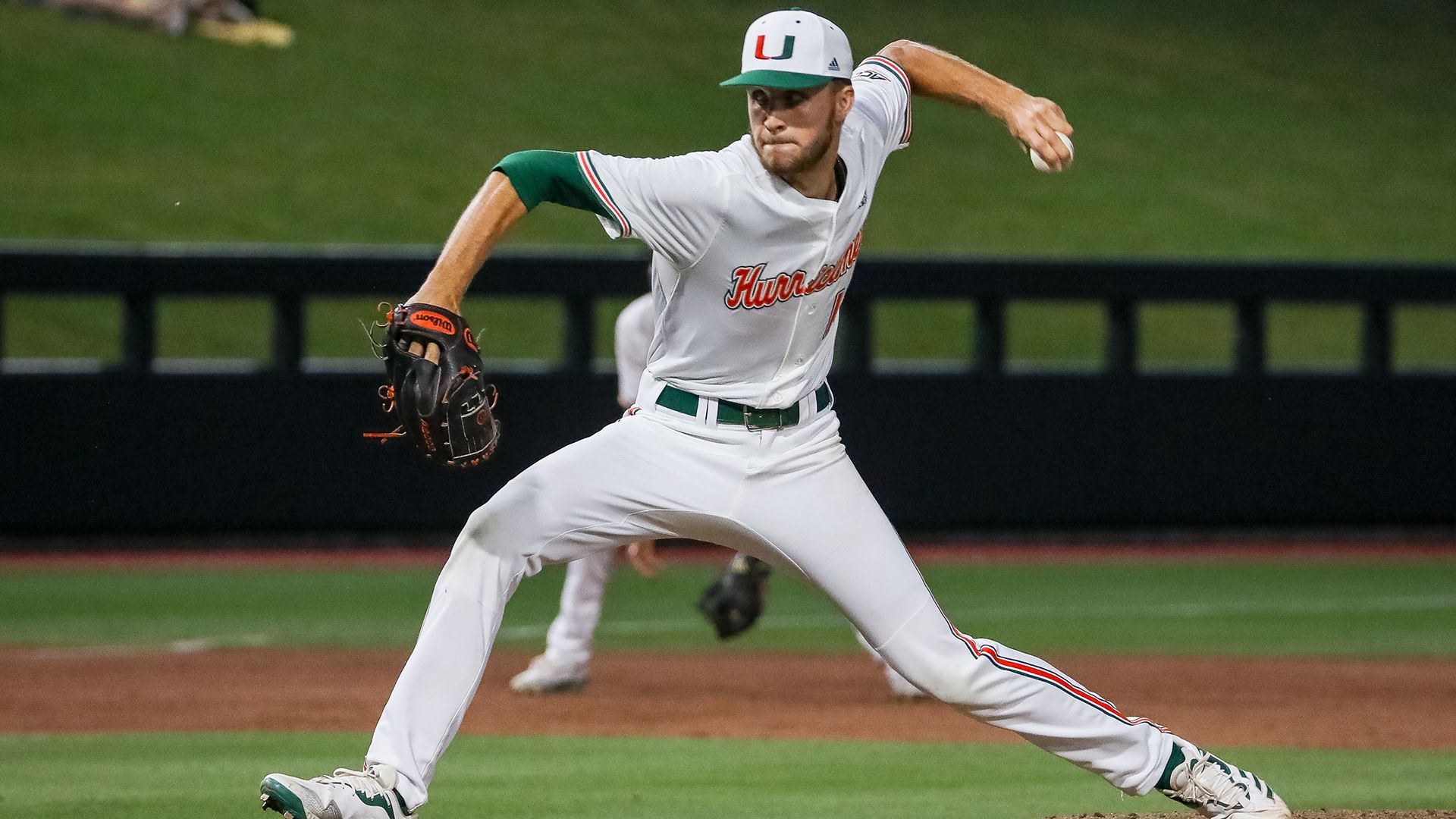 CORAL GABLES, Fla. – The University of Miami’s Carson Palmquist is among the 10 Stopper of the Year finalists, as announced Wednesday by the National Collegiate Baseball Writers Association.

The 16th NCBWA Stopper of the Year recipient will be announced via a nationwide news release on Friday, June 18.

The most dominant closer in the ACC and one of the top relievers in America, Palmquist earned his first All-America honor last week when he garnered second-team distinction from Collegiate Baseball. The southpaw was named the All-ACC first-team relief pitcher after an incredible first full season in Coral Gables.

Palmquist, who was also named to the 2021 ACC All-Freshman Team, was named a semifinalist for the Dick Howser Trophy and a Freshman All-American by Collegiate Baseball. He is the only freshman among the 10 finalists for the 2021 NCBWA Stopper of the Year. 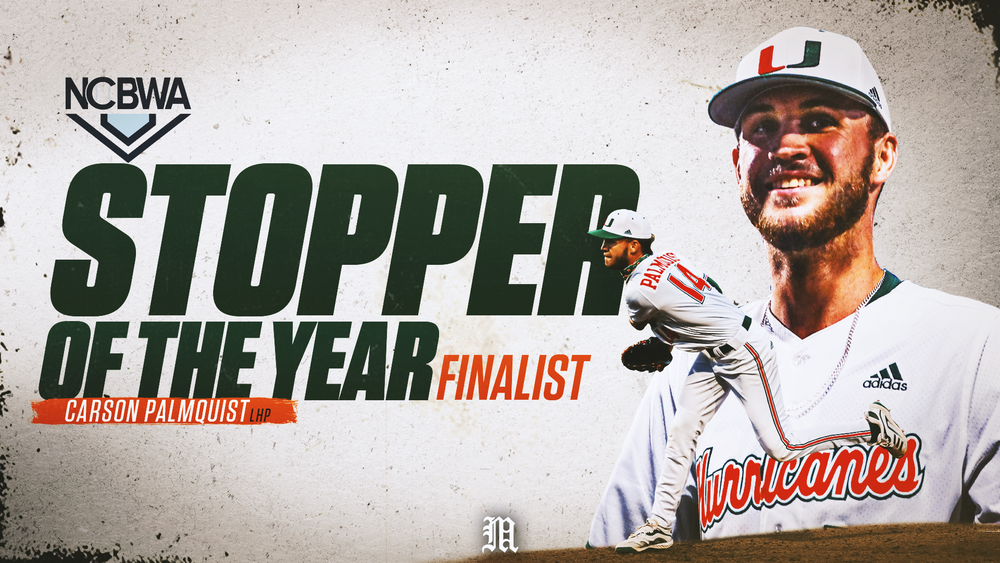 The complete list of Stopper of the Year finalists is below.