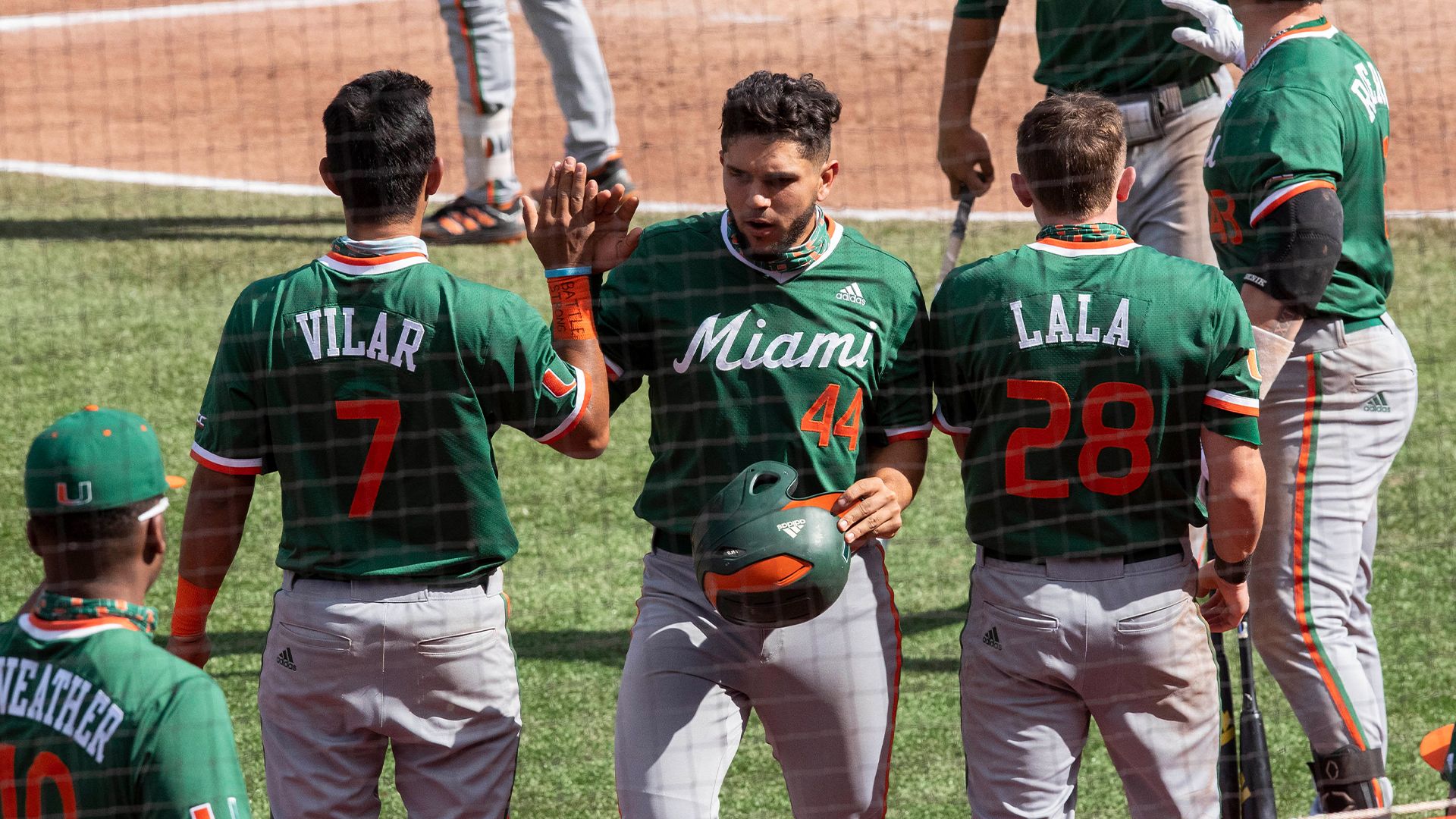 Back Where It All Began

GAINESVILLE, Fla. – The NCAA postseason has arrived and the Miami Hurricanes are back in the tournament for the 47th time.

The Canes’ season has come full circle as Miami returns to Gainesville, Fla., the site of its season-opening series, to begin its latest quest for a fifth national championship. Miami opens regional play Friday vs. South Alabama in a game scheduled for a 5 p.m. start on ACC Network.

“This thing is wide open,” head coach Gino DiMare said. “There are 64 teams and everybody is 0-0. These weekends go by very, very quickly and the hottest teams are going to be the ones to advance.”

Nine players on Miami’s 2021 roster were on the 2019 UM team that reached the 2019 Starkville Regional Final, including all-regional selections Adrian Del Castillo, JP Gates, Raymond Gil and Alex Toral. Those veterans believe their trip to Mississippi State two years ago will help them prepare for a full capacity crowd in Gainesville this weekend.

“Mississippi State was really loud and those fans were on you,” Gil said. “After that, I’m pretty much prepared for any environment and we can help out the newer guys on what to look out for and what to expect.”

The Hurricanes have had success at Florida Ballpark this year, taking the inaugural series at the Gators’ new home field to start the 2021 season. But the Canes are not thinking about a potential rematch with the rival Gators just yet.

“We’re all pumped up,” Vilar said. “We’re not really focusing on Florida right now. Our first game is South Alabama, so we’re focusing on them, but we’re pumped to be going back to Gainesville and we’re ready to finish everyone’s season there.”

With the postseason comes higher intensity and a need for leadership. Miami will turn to veterans like Vilar, Gil, Toral and Del Castillo to guide the Hurricanes through the NCAA tournament.

“We have veteran guys. We have a number of guys that came back from last year’s team,” DiMare said.
“They understand this, for a lot of them, will be their last opportunity to make a run at this in their UM uniform. We need to really buckle down and make sure we’re doing the right things and as coaches make sure we’re communicating the right things.

“This could be the last week,” DiMare added. “We don’t want it to be the last week. We’ve got to make sure we’re doing everything we can to put ourselves in the position to be successful.”

The Hurricanes finished the regular season 8-2 over their final 10 games, including a season-ending sweep at then-No. 19 Louisville. Miami dropped both of its games at the 2021 ACC Baseball Championship, falling to No. 9 seed Duke, 3-2, and No. 5 seed Florida State, 6-3.

Miami will look to get back on track after the conference tournament, as it hopes to earn a 26th trip to the College World Series. But the Canes know they cannot get to Omaha without first succeeding in Gainesville.

“Everything we do is based on Omaha,” right-handed pitcher Jake Garland said. “We’d love to go to Omaha. That’s the end goal where we want to end up at the end of the season — dog-piling on the mound at Omaha. I think we all have that picture in the back of our minds. Obviously, the season is not done after the regional. We’ve got to keep on playing and keep on winning games to get to Omaha.”

“For most of the veterans, this is our fourth or third year in the program and we haven’t made it to Omaha,” Gil added. “Being a part of this program, the history is always to be a part of Omaha. That’s always our goal coming into the season and that hasn’t changed. We’re looking forward to making a run.”

Tickets for the Gainesville Regional are already on sale and can be purchased here.