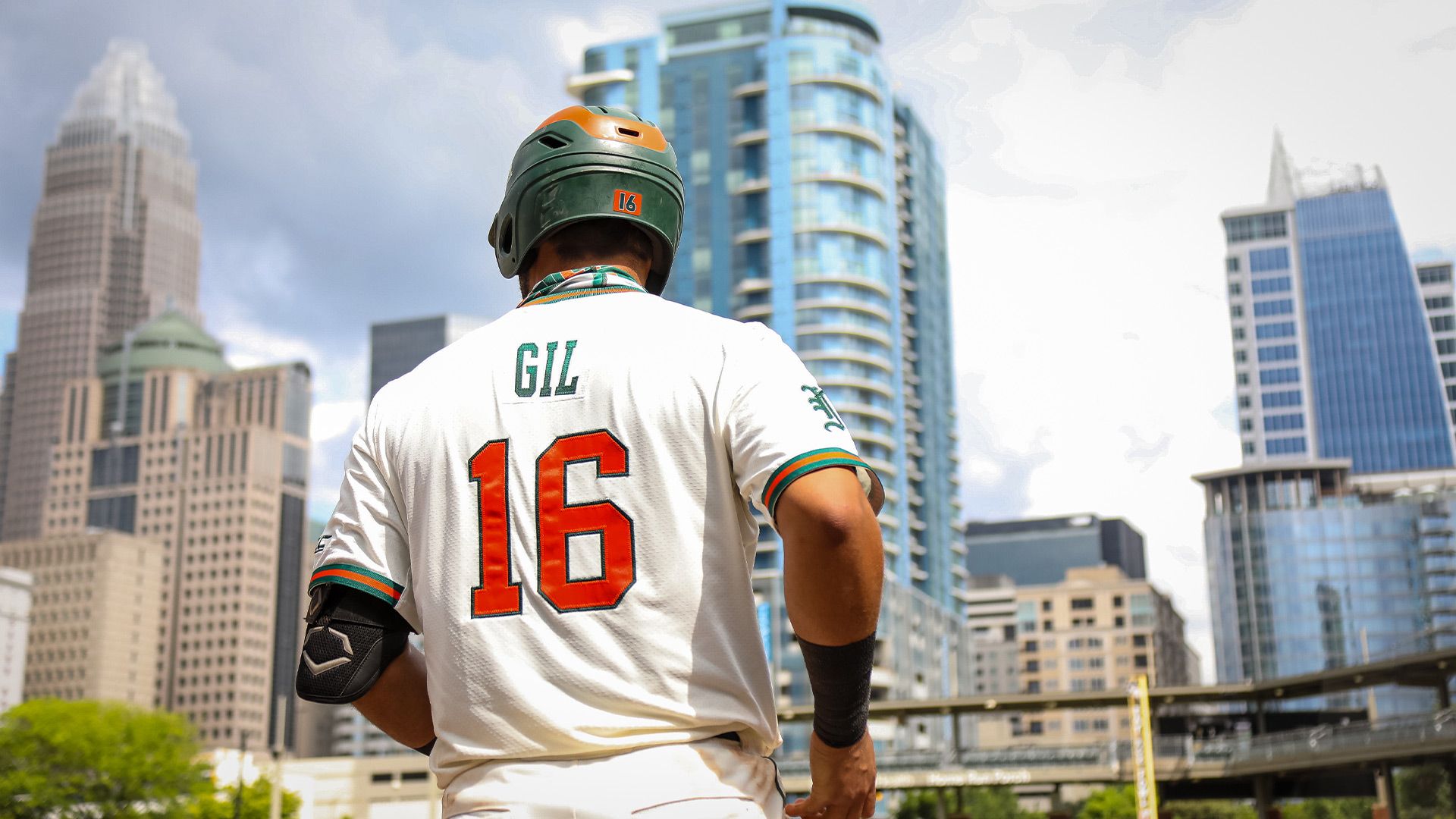 The Canes (32-19) fell behind early against the rival Seminoles (30-22) and could not make up the deficit in both team’s final game of the week at Truist Field.

“Disappointing, obviously, to come here and we go 0-2,” head coach Gino DiMare said. “We’ve got to find a way to score more runs, there’s no doubt. I thought our pitching pitched good enough, and you know we’ve been playing really good defense but we didn’t today.”

Florida State got a rally going in the first against Miami starter Jake Garland. It started with a one-out walk to Logan Lacey before the Noles had three hits over the next four batters to take a 3-0 lead.

The Canes got a run back in the second, as Christian Del Castillo led off the inning with a base hit and went first to third on a base hit thru the right side. Del Castillo sprinted home on a wild pitch by FSU starter Parker Messick to make it 3-1. Carlos Perez followed with a single to right and advanced to second on an error, but Messick pitched out of trouble and stalled the Miami rally.

Gil picked up his second hit of the day two innings later, crushing the first pitch he saw from Messick over the left field wall to bring the Hurricanes within one, 3-2.

“Our plan was never to come in here and go 0-2 and be going home already, but that’s baseball,” Gil said. “You try to win every game and every game is the most important game at the time, and it sucks to not have won any games here.”

But the Seminoles opened the top of the fifth with three straight singles, with Tyler Martin’s bunt down the third base line driving in Jackson Greene to make it 4-2 and end Garland’s afternoon after 4-plus innings. Lacey reached on an error by Dominic PItelli at short and Matheu Nelson followed with a sacrifice fly to center that pushed home Ryan Romano to give Florida State a 5-2 lead.

After an hour and ten-minute rain delay, Adrian Del Castillo smoked the first pitch he saw from lefty reliever Clayton Kwiatkowski for a base hit to right. But that was all Miami’s bats could muster over the next three innings.

Florida State added a run in the ninth, as Logan Lacey homered to left off lefty Carson Palmquist. The homer proved pivotal, as Miami loaded the bases in the ninth but could only bring in a run in its final turn at-bat.

With their stay at the ACC tournament complete, the Hurricanes will turn their focus to the NCAA postseason. The field for the 2021 NCAA baseball tournament will be announced Monday, May, 31. The College Baseball Selection Show will be broadcast at noon on ESPN2.