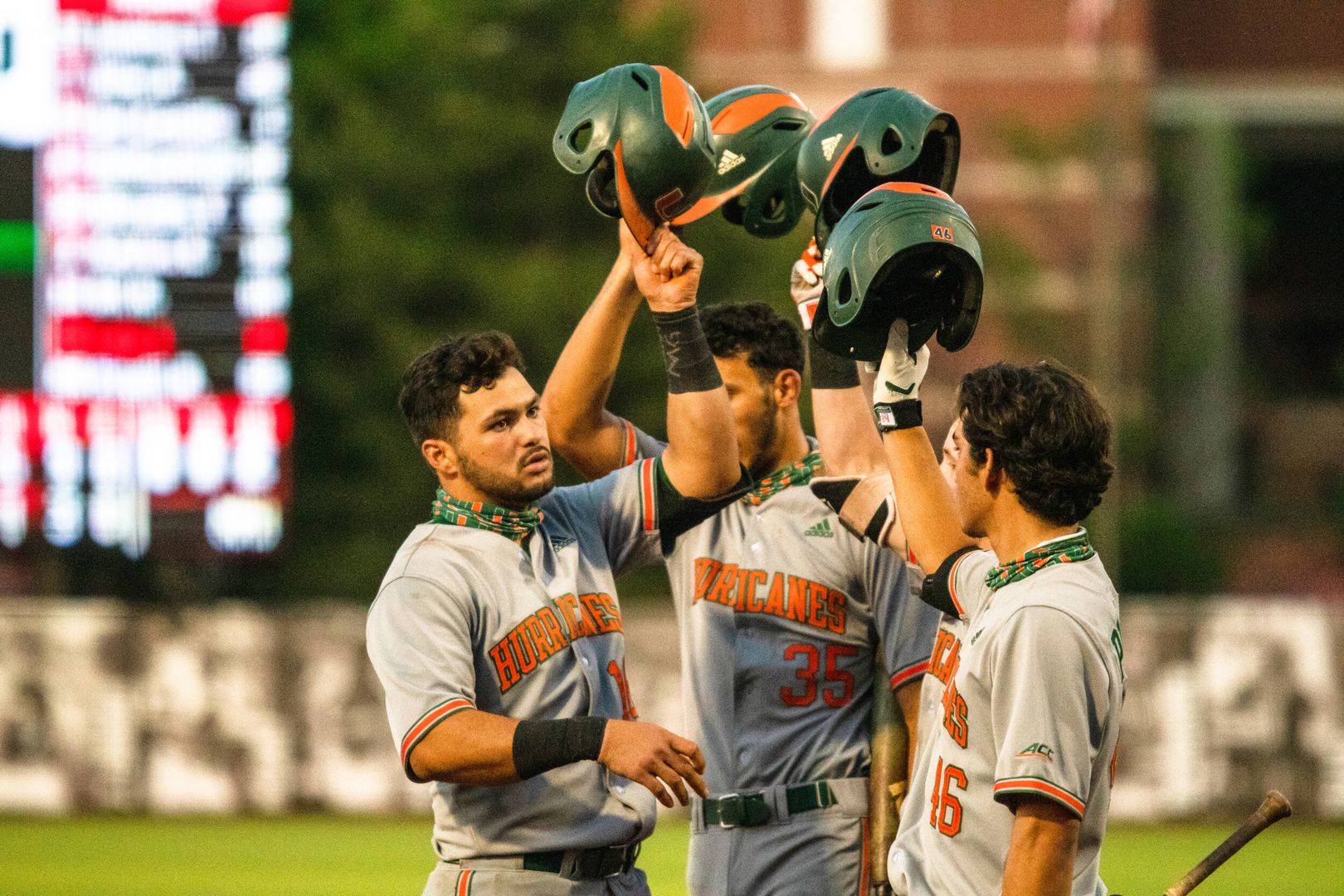 The Hurricanes came in at No. 21 in Collegiate Baseball’s NCAA Division I baseball poll and No. 24 in the Baseball America. Miami came in at No. 29 in the NCBWA poll and also received votes in the USA TODAY coaches poll and Perfect Game’s poll.

Raymond Gil led the way offensively for Miami on Thursday, as the fourth-year player hit two homers in a three-hit game to help the Canes beat the Cardinals, 6-1. Miami’s designated hitter hit the first of his two round-trippers in the top of the seventh when Gil crushed a leadoff homer that traveled 431 feet with a 106 miles-per-hour exit velocity before hitting the batter’s eye in center field.

Gil added his second homer of the night an inning later, depositing a two-run homer over the wall in left field to make it 5-1. The blast gave Gil the fourth two-homer game of his career and the second this season, as he hit two home runs at Pitt on April 9. Anthony Vilar capped a three-hit night with a two-out solo homer to right in the top of the ninth. The second baseman joined Gil as Hurricanes with three hits on Thursday.

The Hurricanes made history on Saturday afternoon, becoming only the second team to ever sweep Louisville at Jim Patterson Stadium. With a 3-2 victory over the Cardinals, the Canes became the first team to sweep Louisville at home since ECU took the first three games ever played inside the ballpark on April 15-17, 2005.

Trailing 1-0 after three innings, Miami responded with a rally in the top of the fourth against Louisville starter Tate Kuehner. Vilar opened the inning with a hit by pitch and Morales followed with a single and advanced to second as a throw was late trying to get Vilar at third. Adrian Del Castillo tied the game with a base hit up the middle that pushed Vilar home, but a two-out, bases-loaded single from Jordan Lala drove in a pair and vaulted Miami ahead, 3-1. 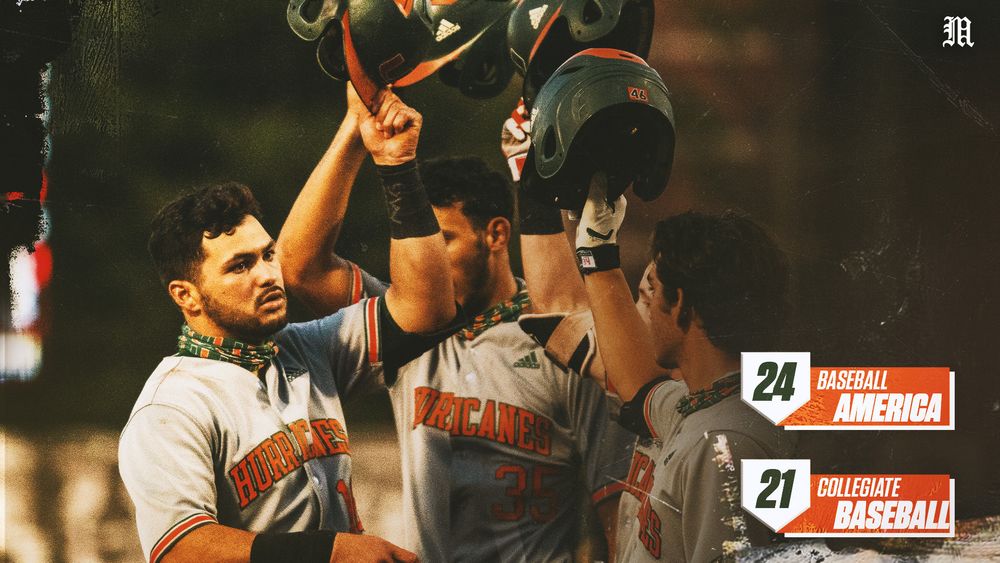 The Canes has five players among those recognized by the Atlantic Coast Conference for their outstanding performances during the 2021 season.