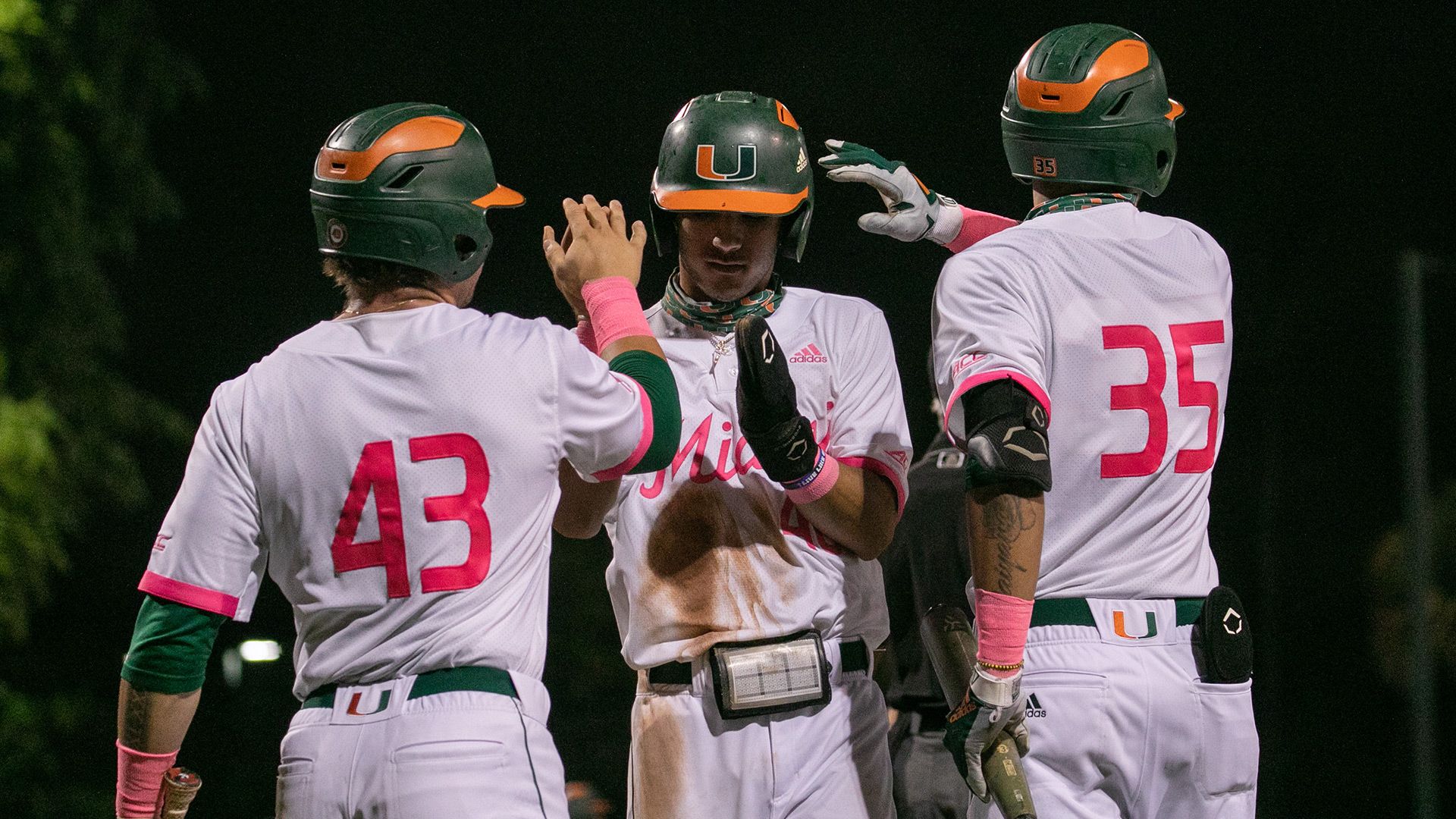 The Canes (25-15) got another solid showing from starter Alex McFarlane, while a rally in the bottom of the third put the Hurricanes on track for a 4-2 win over the Mountaineers before a sold-out crowd of 651 fans inside Alex Rodriguez Park at Mark Light Field.

“I thought we did a good job executing some bunts, some drags and a squeeze, and we read balls in the dirt very well and that’s kind of how we got our runs,” head coach Gino DiMare said. “I’m pleased we got the win, but know that we still trying to get this where we can play better baseball all the way around and we need to.”

A 45-minute weather delay in the top of the third might have given Miami the recharge it needed to get its offense going. The Hurricanes loaded the bases in the bottom of the third and Anthony Vilar’s two-run double gave Miami a 2-0 lead.

App State (16-24) cut the Canes’ lead in half when Kendall McGowan hit a two-out RBI single to left that drove home Peyton Idol. The hit marked the end of the night for McFarlane, who tied a career-high with five strikeouts while allowing one run on two hits and walking five batters over 4.2 innings.

“Obviously, I have to limit the walks, but I didn’t let the walks get the best of me,” McFarlane said. “I got out of it, got out of tough situations with the walks. That was my mentality going in, especially after the rain delay. Walking guys, you’ve just got to push through it every time.”

True freshman Alejandro Rosario replaced McFarlane on the mound and ended the fifth before putting up zeroes in the sixth and seventh to earn his fifth win of the year after allowing just one hit over 2.1 scoreless innings.

“I thought he pounded the zone pretty good and got ahead of hitters,” DiMare said. “The fastball is a very good pitch of his, that’s his best pitch. I did see a few changeups I liked that I saw from him. … I was very happy to see him have a positive outing in a really important situation there because it was a close game.”

Miami added on in the eighth, as an RBI groundout by Adrian Del Castillo pushed home Tony Jenkins to give the Canes a three-run advantage.

App State mounted a two-out rally in the ninth against Carson Palmquist, scoring a run on an RBI double by Bailey Welch, but the UM closer struck out the side to finish the game with six strikeouts over two innings to earn his 11th save of the year.

Miami and App State are back in action Saturday with first pitch scheduled for 7 p.m.