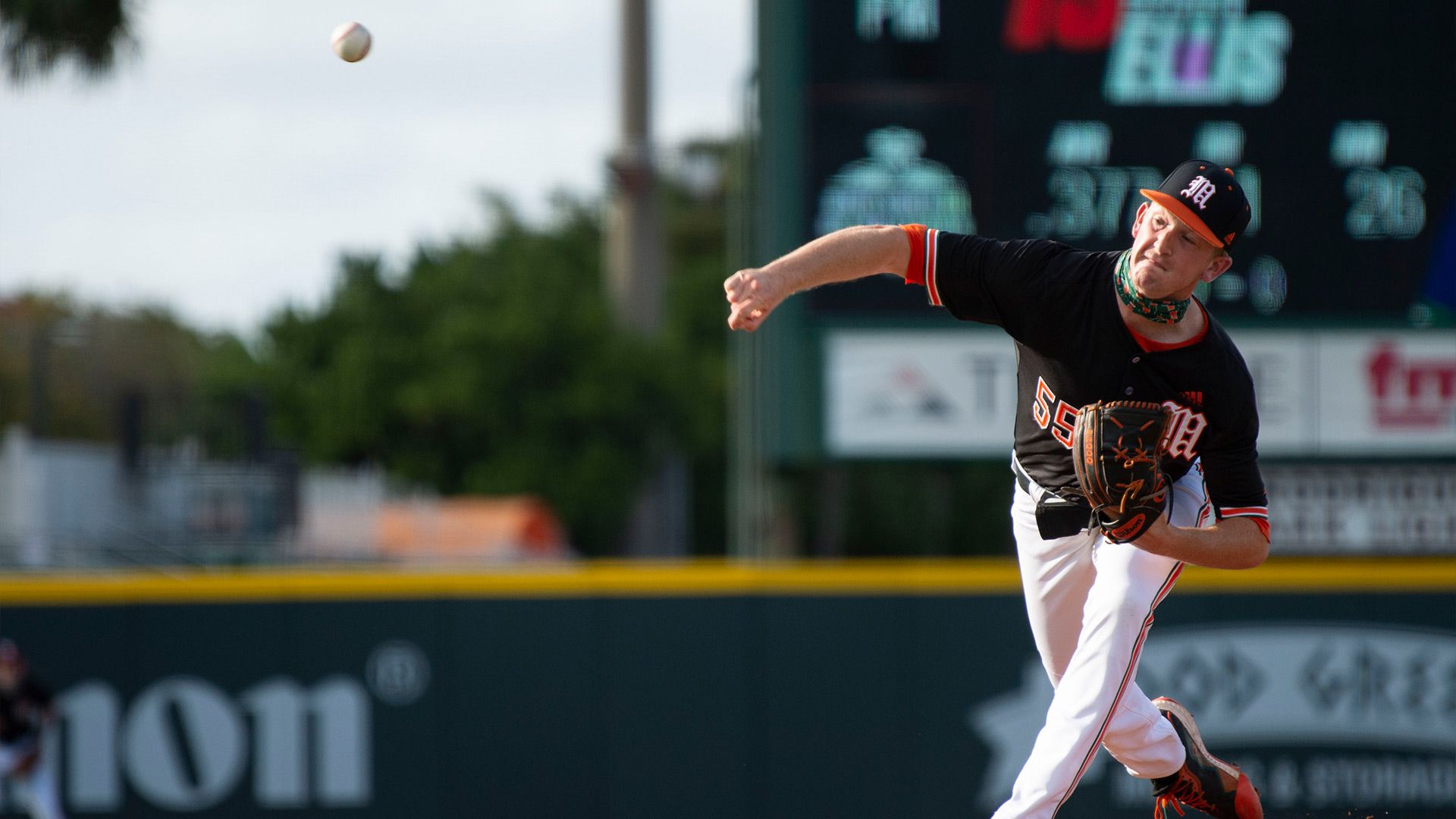 Hurricanes blanked FGCU to sweep the season series against the Eagles.

The Canes (23-13) scattered three hits while combining for 10 hits offensively on their way to a 6-0 win over FGCU before a sold-out crowd of 622 fans inside Alex Rodriguez Park at Mark Light Field.

“Another good job in a midweek, we’ve been really good midweek and we’ve got to carry that consistency over the weekend,” head coach Gino DiMare said. “Midweeks are tough if you look around the country. Teams have a tough time at times within the week and we had our fair share a few years back but we’ve done a pretty good job. It starts on the mound and Jake [Smith] did a great job there giving us three innings. We knew we were going to throw a lot of guys, and I thought our bullpen did an excellent job.”

Jordan Lala belted the second pitch of the bottom of the first deep to right field for a leadoff homer. The blast was Lala’s fourth of the season and sparked a three-run first inning against FGCU starter Gus Carter.

“I know my job is to get on base, obviously,” Lala said. “I wasn’t trying to do too much. With lefties, I usually look middle away and he made a mistake and threw me one up and in and I just turned on it.”

Yohandy Morales doubled and then scored on an RBI double by Adrian Del Castillo and Raymond Gil sent Del Castillo home with an RBI single that gave the Hurricanes a 3-0 lead against the Eagles.

“We did a good job of putting up three in the first inning, and I thought we swung the bat in general pretty good,” DiMare said. “Anytime you get 10 hits as a team that’s a good thing.”

Miami added a run in the third when Christian Del Castillo drove in his younger brother, Adrian, with an RBI single to right that made it 4-0 in favor of the Canes. The Hurricanes closed out their scoring with a two-run sixth that included an RBI single by true freshman catcher Carlos Perez.

Hurricanes starter Jake Smith tossed three scoreless innings, holding FGCU to just one hit and striking out one batter in his second career start. Smith, who entered the game on a pitch count, earned his first win as a Hurricane after a strong showing on the mound.

“I felt great,” Smith said. “This is my second start and I knew going into it that it was only going to be two or three innings, so it felt good to do what I was supposed to do.”

Victor Mederos followed Smith with a pair of scoreless innings, while Spencer Bodanza, Anthony Arguelles, Alex McFarlane and Andrew Walters each tossed scoreless frames to complete the three-hit shutout of the Eagles.

The Hurricanes are back in action this weekend, traveling to Chestnut Hill, Mass., for a three-game series at Boston College.