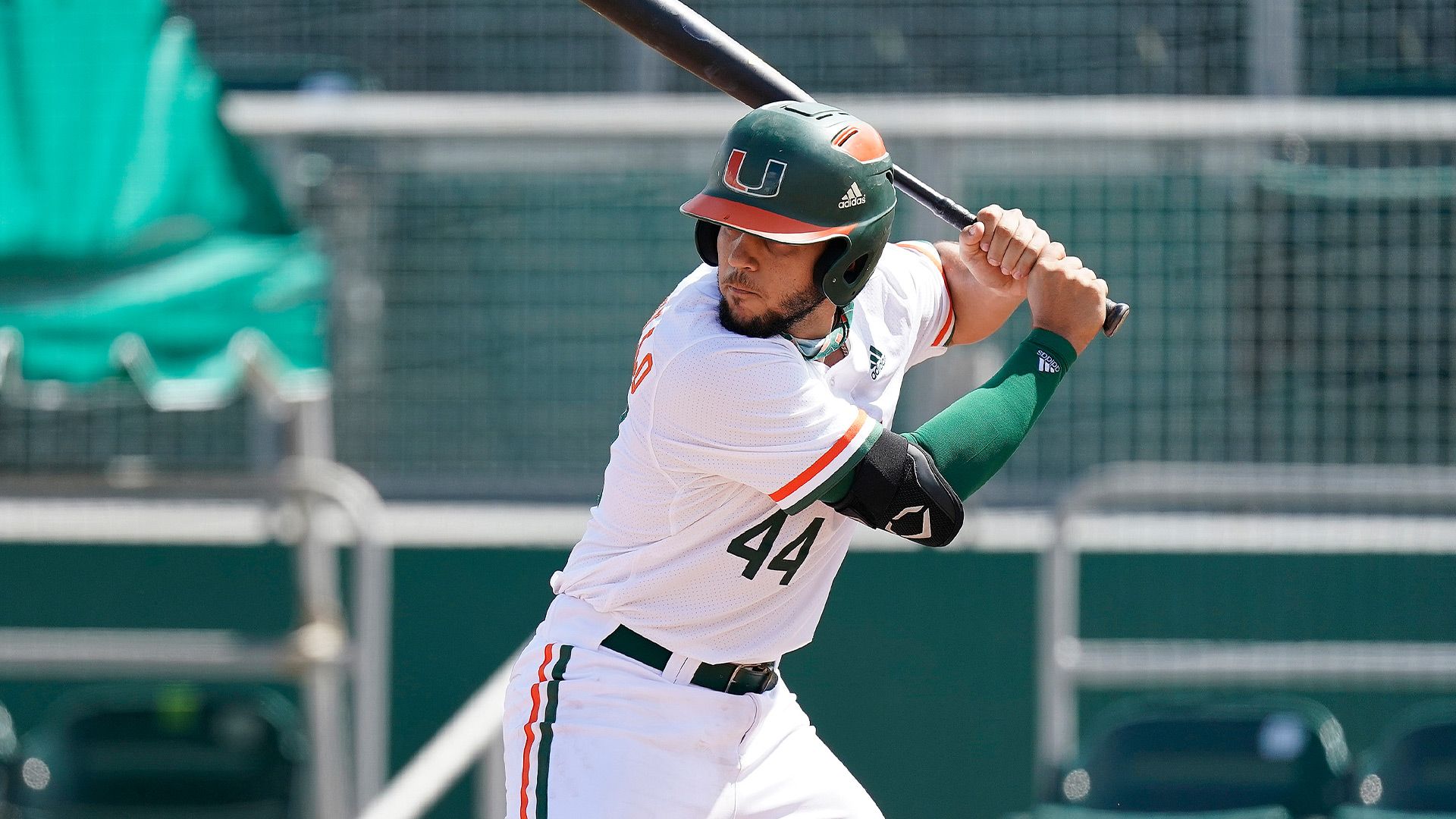 CORAL GABLES, Fla. – University of Miami catcher Adrian Del Castillo was named to the Golden Spikes Award midseason watch list, as announced Wednesday by USA Baseball, continuing the process of identifying the top amateur baseball player in the country for the 2021 season.

The midseason watch list features 45 of the nation’s top amateur players from the high school and college ranks and includes 34 athletes who have played their way onto the watch list since the preseason list was announced on February 18. The Golden Spikes Award Advisory Board will continue to maintain a rolling list of athletes, allowing players to play themselves into consideration for the award before announcing the semifinalists on June 8.

“We are happy to recognize forty-five amateur athletes on the Golden Spikes Award midseason watch list who put together stellar performances throughout the first half of the season,” said Paul Seiler, USA Baseball’s Executive Director and CEO. “Each of these athletes have proven themselves worthy of consideration for this prestigious award and we cannot wait to watch the rest of this exciting season unfold before announcing our semifinalists in June.”

Del Castillo is one of the premier hitters in college baseball and he entered the 2021 season as one of the most decorated bats in Division I. A consensus preseason All-American, Del Castillo received first-team accolades by Baseball America, D1 Baseball, Collegiate Baseball and Perfect Game and second-team honors from the NCBWA.

The third-year catcher has had another strong season for the Hurricanes. Through 28 games, Del Castillo is batting .321 with seven doubles, a triple, three home runs and 23 RBI. 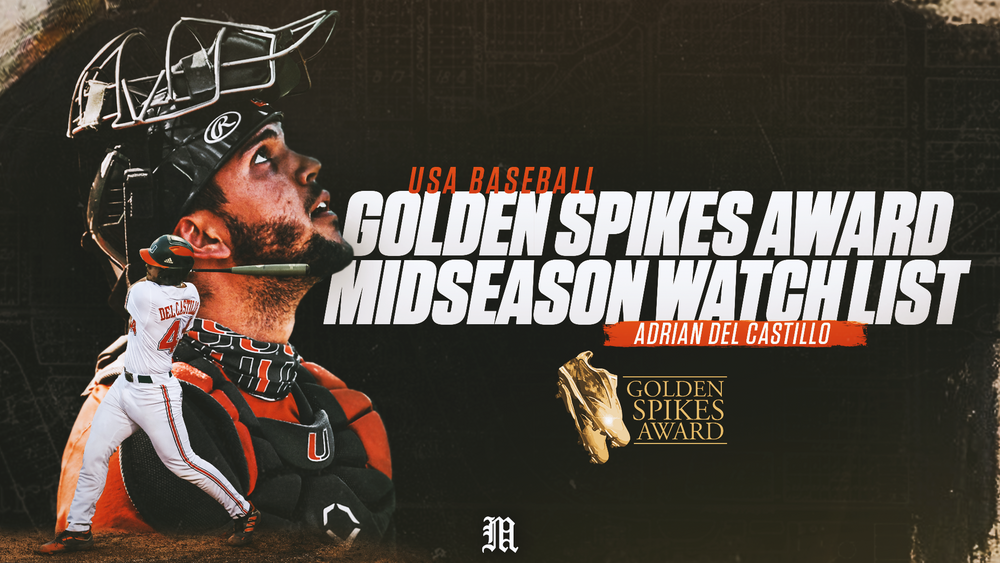 One of the best hitters in America, Del Castillo is considered among the top prospects in the 2021 MLB Draft class and is on the Golden Spikes Award watch list for the second consecutive year. The third-year catcher has been a machine at the plate in his two years at The U, hitting .336 with 24 doubles, 14 home runs and 87 RBI over 77 games played. In a 16-game shortened season a year ago, Del Castillo led the Hurricanes with a .358 batting average and was tied for the team lead in runs scored (13) and hits (19), while his 15 RBI tied for second on the club.

Fan voting will once again play a part in the Golden Spikes Award in 2021. Amateur baseball fans will be able to vote for their favorite players on GoldenSpikesAward.com, starting on June 8 with the naming of the Golden Spikes Award semifinalists. USA Baseball will announce the finalists for the award on June 24 and fan voting will open at GoldenSpikesAward.com concurrently, remaining open through July 2.