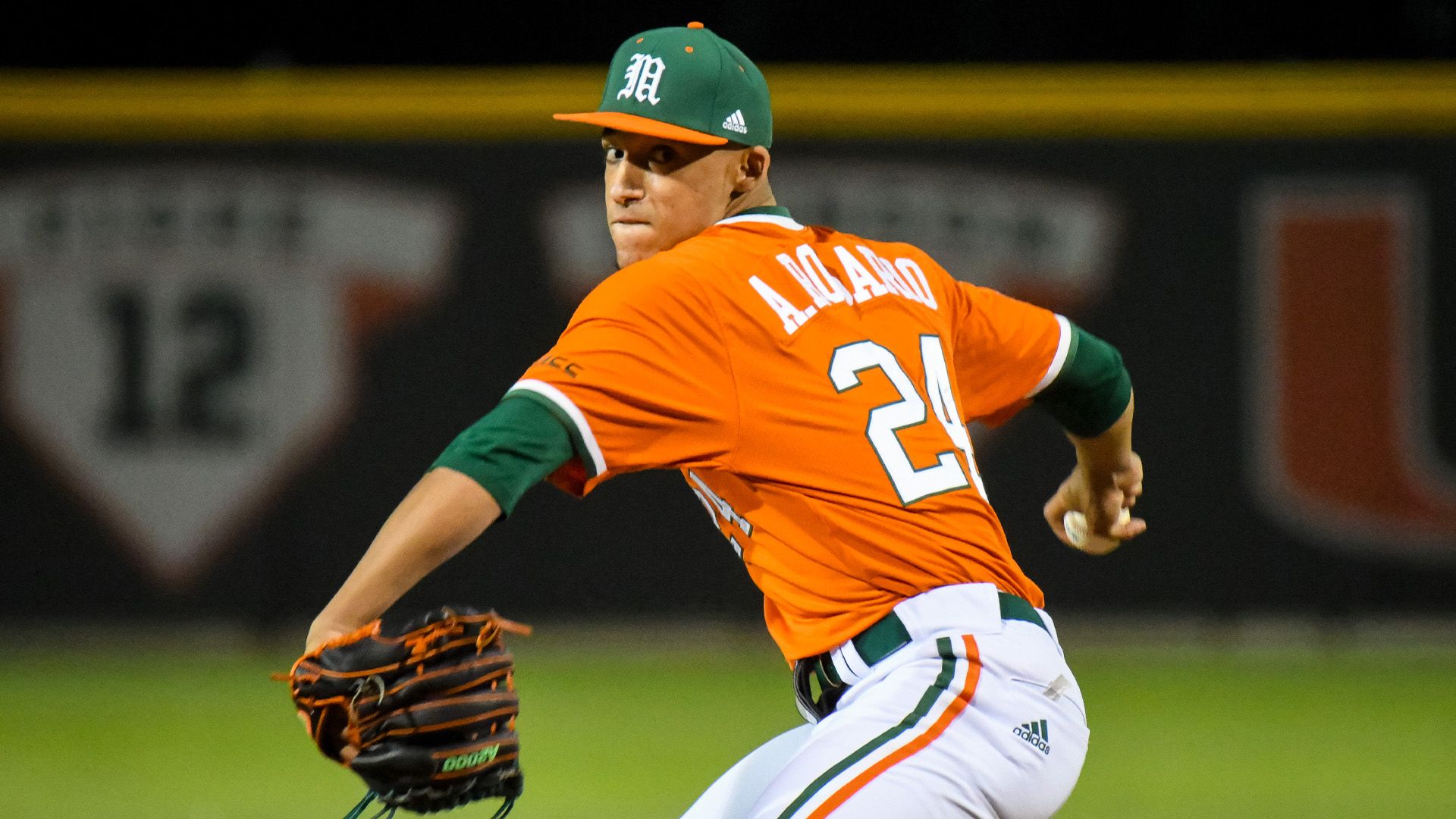 CORAL GABLES, Fla. – Miami scored 10 runs, but the most impressive player in an orange jersey did not take an at-bat for the Canes.

True freshman Alejandro Rosario dominated over seven shutout innings, leading the No. 5 Hurricanes to a 10-0 victory over visiting Wake Forest (3-5, 1-3 ACC) before a sold-out crowd of 651 fans inside Alex Rodriguez Park at Mark Light Field.

“It’s obviously a big deal,” Rosario said. “It’s something I’ve been working on ever since I was in eighth grade, just getting here and helping the team win every time I go out. I feel like I’m just going to get better.”

Rosario was brilliant from the start, striking out the first two batters he faced to open his first career Friday night start.

He got in a bit of a jam in the top of the second, issuing his only two walks of the night before recording the final two outs of the inning to leave both men on base.

“I let the game speed up on me,” Rosario said. “I should have taken my time and made the right adjustments. I just let it go too fast for me and from the third inning on, I controlled the game.”

“He had some guys on base and he had to throw a lot more pitches, struggled and command wasn’t there, but he regroups,” head coach Gino DiMare said. “It was just one inning where he was a little off, his command was a little off, the ball actually wasn’t coming out of his hand quite as well, but then you look at him at the end of his seventh inning and he’s throwing 95-96 miles an hour on the scoreboard.

The right-hander earned his second win on the Mark Light Field mound, allowing just one hit in his seven scoreless innings while tying his career-high with seven strikeouts.

“The ball was jumping out of his hand,” DiMare said. “The command was great, the fastball command. Actually, I really liked how he threw his off-speed. For the first time, I thought his off-speed was really, really effective, changeups and the breaking ball. I just love his demeanor on the mound. He’s just such a tough kid and gets after it, so I’m very, very happy. His first start on a Friday night for us but you wouldn’t notice anything different out of him. He’s the same guy that he’s been since he stepped on our campus.”

With Rosario pitching like an ace, Miami (7-4, 4-3 ACC) started a two-out rally in the third as Jordan Lala worked a walk and stole second before Anthony Vilar singled him home to put the Hurricanes ahead, 1-0.

The Hurricanes broke out the bats with a five-run inning in the bottom of the fifth. Miami put together a two-out rally against Wake Forest starter William Fleming, scoring a run when Lala crossed the plate on a wild pitch with the bases loaded. Christian Del Castillo followed with a two-run double to right and Alex Toral added a two-run bomb to left that gave the hometown Canes a six-run lead.

Vilar crushed a two-run homer to right in the bottom of the sixth off reliever Teddy McGraw, tying a career-high with three RBI, and the Canes added another run in the seventh when Jared Thomas singled home Del Castillo. 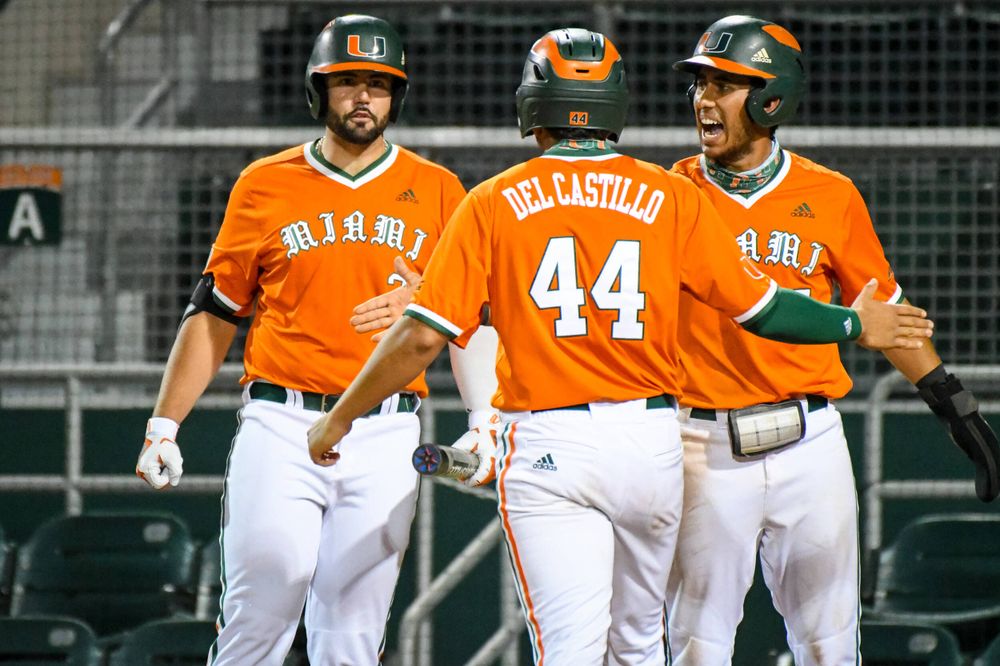 Rosario was replaced on the mound by right-hander Alex McFarlane to start the eighth, but the true freshman has already matched his career-best in strikeouts. McFarlane picked up where Rosario left off, adding three strikeouts over two scoreless innings to run Miami’s team tally to 10.

The Hurricanes continued their success at the plate in the eighth against reliever Cole McNamee, as Del Castillo added an RBI single to left that made it 10-0 and tied his career-high with three RBI.

“I’m very pleased with how we’ve played here the last few games,” head coach Gino DiMare said. “Just playing much better baseball, more complete baseball. I thought Tuesday’s game against FAU might have been our most complete game and I think this one might even have topped that. We just did everything. We hit some home runs, we stole a base and we read balls in the dirt really well, so base running was good. We had a bunch of two-out RBI hits, clutch hits, which is always huge. We played good [defense] and then, of course, it all starts on the mound and we pitched very well. Just a very good, solid, complete game and a great way to start the first game of the series.”