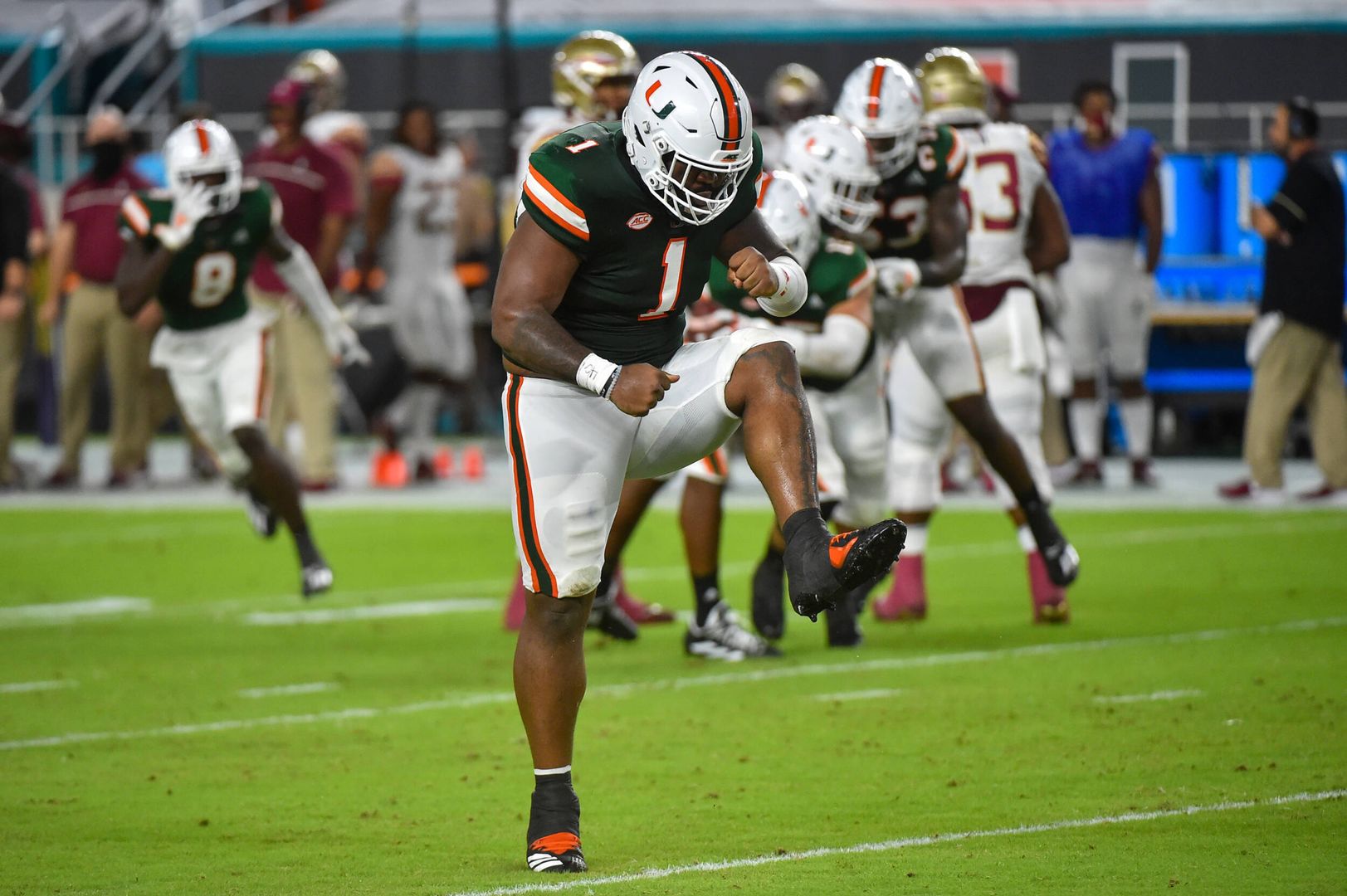 Hurricanes Ranked in Top 10 of Both Polls

CORAL GABLES, Fla. — The Miami Hurricanes football team held its spot in one major college football and moved up two spots in another Sunday.

The Hurricanes, who were ranked No. 9 in the Amway Coaches’ Poll the last two weeks, remained at No. 9 in the coaches’ poll released Sunday. Despite having no game this past weekend, Miami moved up two spots to No. 10 (from No. 12) in the Associated Press top 25.

The Hurricanes are in the top 15 of both major polls for the 10th straight week; Miami’s highest ranking of the year was No. 7, which was attained in both Oct. 4 polls.