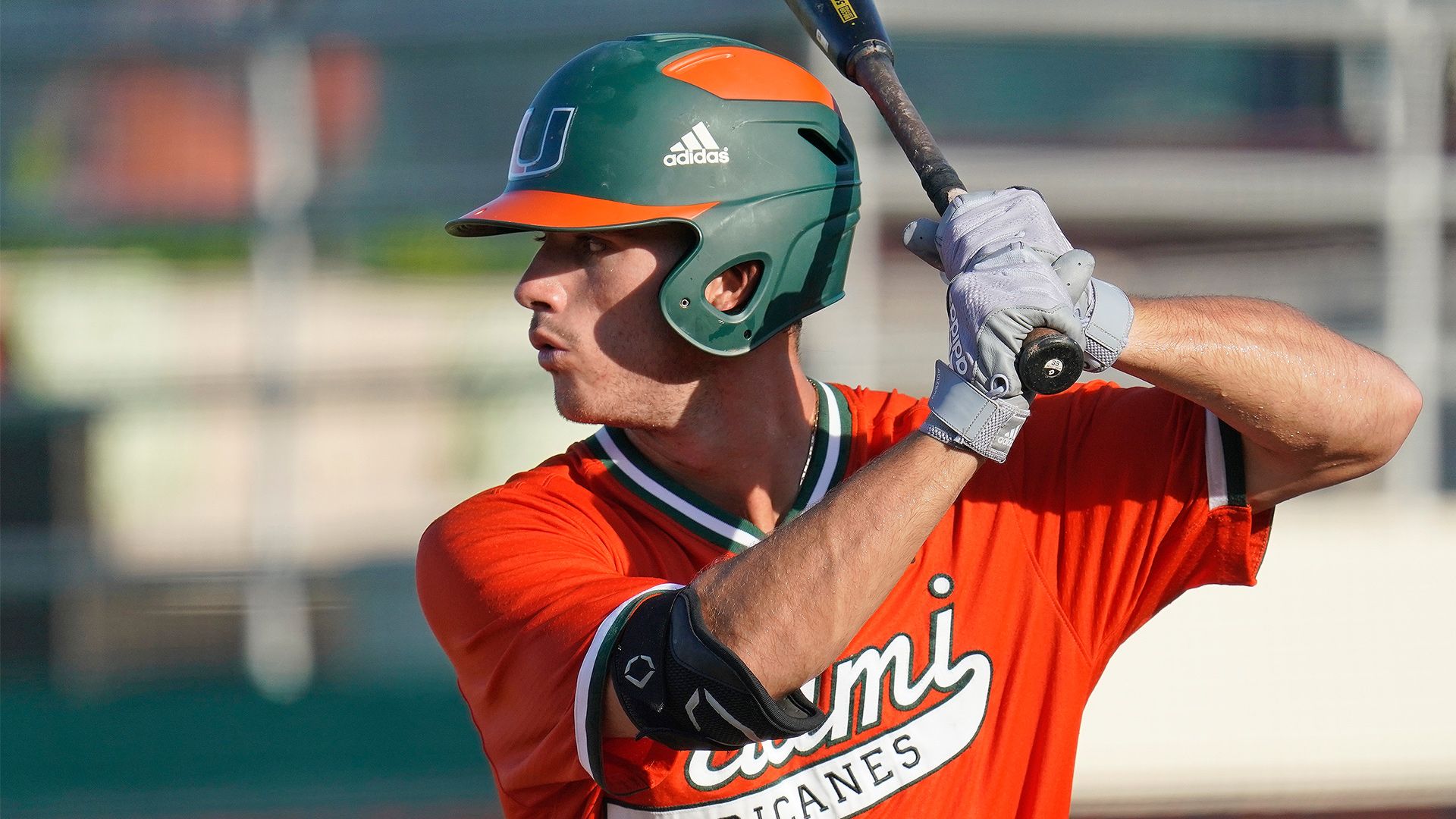 Thomas Making his Mark in Miami

For Miami Hurricanes catcher and right fielder Jared Thomas, he has had his eyes set on Miami since the beginning of high school. Thomas committed to Miami on April 4th, 2016, and the decision couldn’t have been easier, even while living in California.

“When I took my visit here and I was walking around,” Thomas said. “Can this place be any better. The coaches had faith in me, they were fully behind me, and it made my decision easier.”

Thomas first picked up a bat when he was three years old and started playing organized baseball when he was six. He comes from a big baseball family, with his father playing at Santa Ana College, and his brother, who is a sophomore at Dixie State in Utah, so from early on, he knew baseball was going to be a big part of his life.

“My dad played in a men’s softball league,” Thomas said. “That’s what I remember first of the sport. All his friends playing together, it was a fun time to watch. I played football when I was younger, but when I got to high school, I just decided to focus on baseball.”

Thomas started off his high school career at Cantwell Sacred Heart of Mary High School in Montebello, California, winning three league titles and being named First-team all-league honors. For his senior year though, he switched to Orange Lutheran, where even though it was a late switch, he still was able to make it work.

When Thomas first showed interest in Orange Lutheran, head baseball coach Eric Borba didn’t even know who Thomas was until late in Thomas’ junior year, But Borba knew this kid was going to be special.

“The first time I had ever seen him play was the first time he ever showed up,” Borba said. “I had heard things from word of mouth and people told me he was a great kid and a great player, but that’s all I really knew on him before he came.”

Thomas in his senior year at Orange Lutheran started at catcher and lead the team all the way to the NHSI championship, adding to a program that already had a great tradition. But even though Thomas was a newcomer, his presence was still felt by his teammates, and coach.

“It can be tough for guys transferring in,” Borba said. “He immediately took that to heart and showed an unbelievable work ethic and commitment to not only the game but to his teammates.”

Thomas came to Orange Lutheran and started all 21 games and was the team’s primary catcher, a position that is pivotal in baseball if a team wants to be successful.

“Anytime you got your catcher in there, he’s kind of the quarterback of the club,” Borba said. “He handled the pitching staff unbelievably. But it wasn’t just on the field, but off as well. He’s a guy you can rely on to do the right thing all the time, and when you have that, it’s another coach. Guys really followed his lead.”

Thomas spent the 2019 season as the backup catcher behind pre-season All-American Adrian Del Castillo, and also saw some time in right field, but for Thomas, he’s doing whatever he can to get on the field.

“I enjoy playing,” Thomas said. “I like playing catcher more, it is something I am better at, but in the future, it may change, but I am just trying to get into the game.”

Thomas made his first start of his college career on February 19th against Kent State, and picked up his first hit, which almost left the yard.

“That was pretty cool,” Thomas said. “I thought it was going out. You know, it’s a rookie move, you got to know it’s out to jog, but it was cool. It was always a dream playing college baseball and especially at Miami, it was awesome.”

After coaching him for one season at Orange Lutheran, Borba keeps in contact with not only because of his play, but because of the person he is.

“I check box scores on a daily basis,” Borba said. “We don’t talk a ton, but we text. I sent him a text after he had his first home run. But he is a special young man. He is very appreciative of the people that have had an influence in his life, and he’s the kind of kid you want your daughter to marry.” 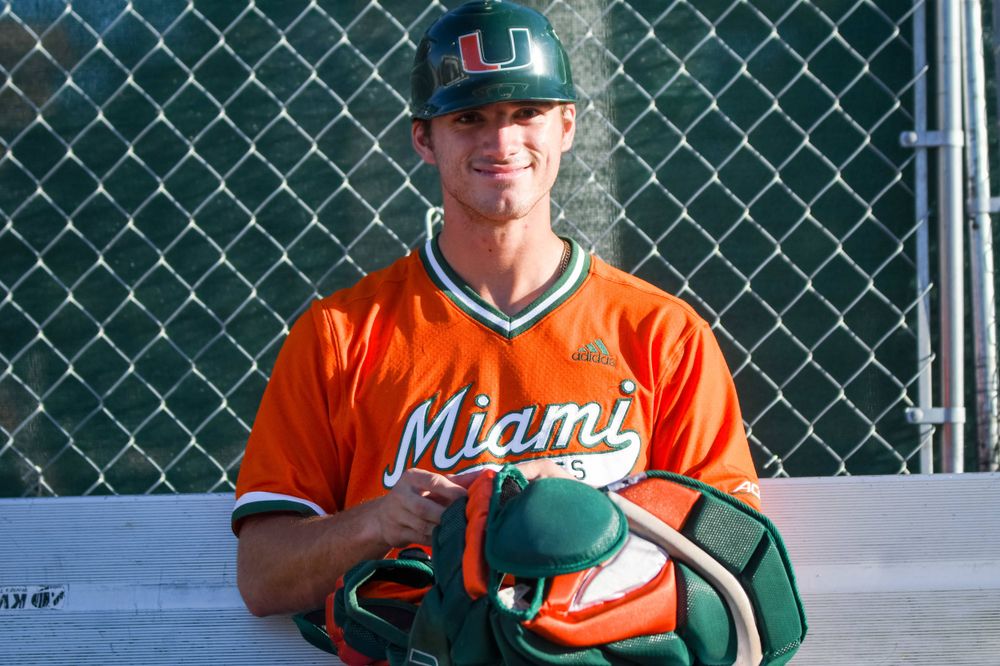