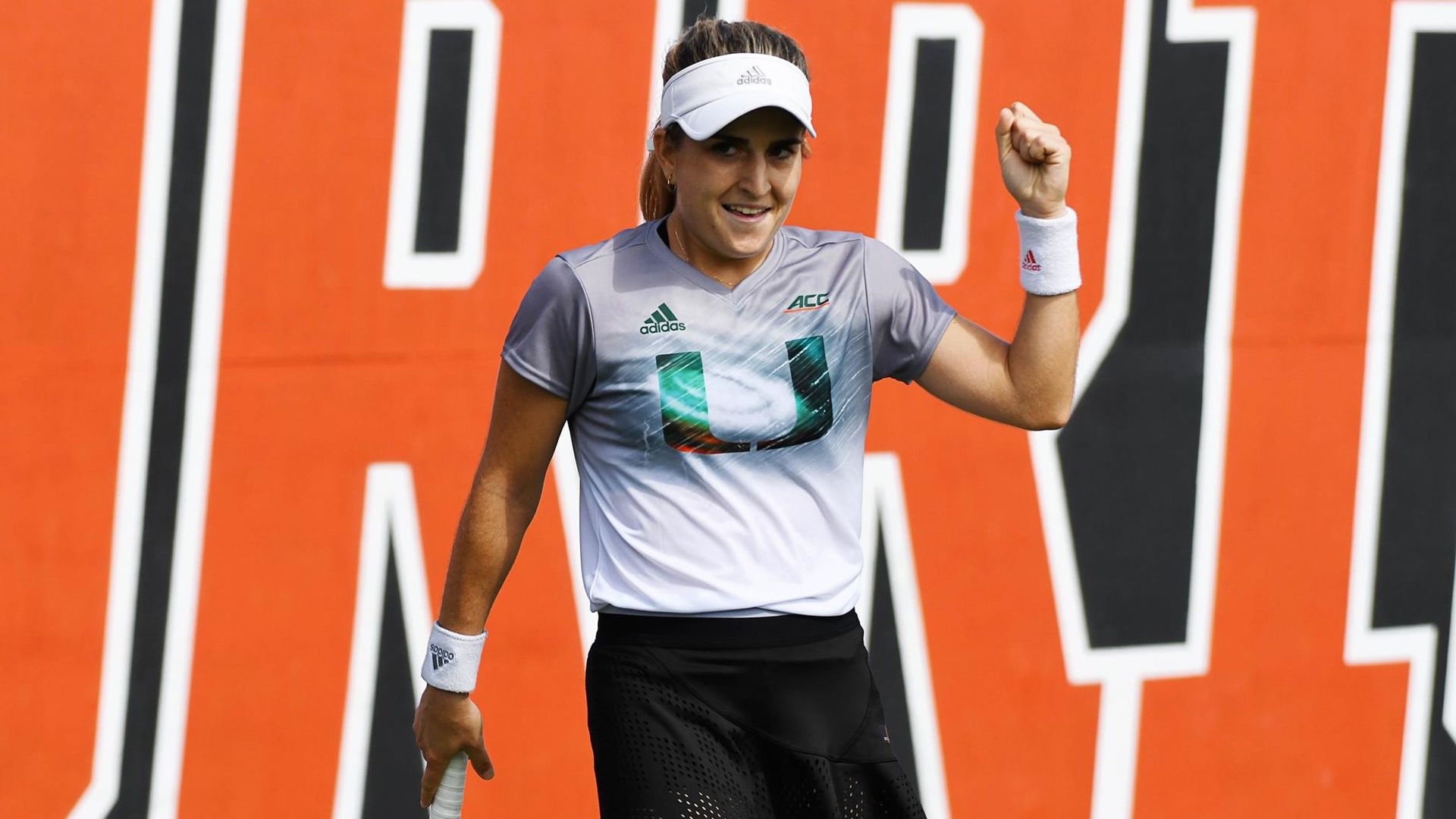 No. 23 Miami notched a 6-1 ledger against No. 10 Vanderbilt, including logging two top-35 victories, after going 1-2 in doubles against Oklahoma at the Neil Schiff Tennis Center.

“We’ve been talking a lot about the importance of just running down every ball, making your opponent play that extra shot. Those are match changers; it could be the decider in a 4-3 win,” Miami head coach Paige Yaroshuk-Tews said. “To get them to collectively understand that is not easy. We didn’t do it Saturday. We were soft, we wanted to look pretty outside. Sunday and Monday they made a change. They decided to listen and see if I knew what I was talking about. It’s unbelievable. They ran down the extra ball. We are tougher than we were coming into this tournament. All of these teams here are very solid. I was really happy with the way we played singles.”

The Hurricanes picked up one win in doubles play and it came in comeback fashion, as freshman Selma Cadar and senior Estela Perez-Somarriba rallied to beat Carmen and Ivana Corley, 7-6 (7-5).

“Doubles, we’ve got to be more aggressive. That will come, we have so many new kids,” Yaroshuk-Tews said. “I’m just trying to figure out our teams. When you throw these kids that are used to playing two out of three sets into a one set, no-ad situation, I think they get a little freaked out. They have to get over that. Once they get over that, we’ll be fine.”

Third-ranked Perez-Somarriba then avenged her loss to No. 32 Christina Rosca in this same event one year ago, taking six of the final eight games for a 6-3, 4-6, 6-4 victory. The senior now owns a win over all five players she fell to in her national championship campaign last year and has now topped 11 of the 21 players she has lost to as a collegian.

“I saw what you need to have in order to win matches like that. You need to step up in the big moments, be more physical and you need to be brave; if you don’t, they will,” Yaroshuk-Tews said of the two top-35 wins. “Today, we made the decision to do that and it worked out. Sometimes you make the decision to do that and it doesn’t work out. We have to make decisions to be brave all the time and take chances. We want to be a team that takes chances and steps up. I would rather see our girls losing the match than protecting and getting beat. That’s kind of the mentality we’re trying to get across to them.”

Ito registered Miami’s third and final straight-set decision of the day, a 6-4, 6-1 result against Amanda Meyer. Tahan then picked up the Hurricanes’ last win of the weekend, defeating Dasha Kourkina in comeback fashion, 5-7, 6-4, 1-0 (10-6).

The Hurricanes finished the Miami Spring Invite with a 19-10 record, including a dazzling 16-4 mark in singles action. With 15 points—one for each top-six singles win and/or overall doubles win—the Hurricanes finished first in the event, while Oklahoma and Vanderbilt tied for second with 11 points and Northwestern came in fourth with five.