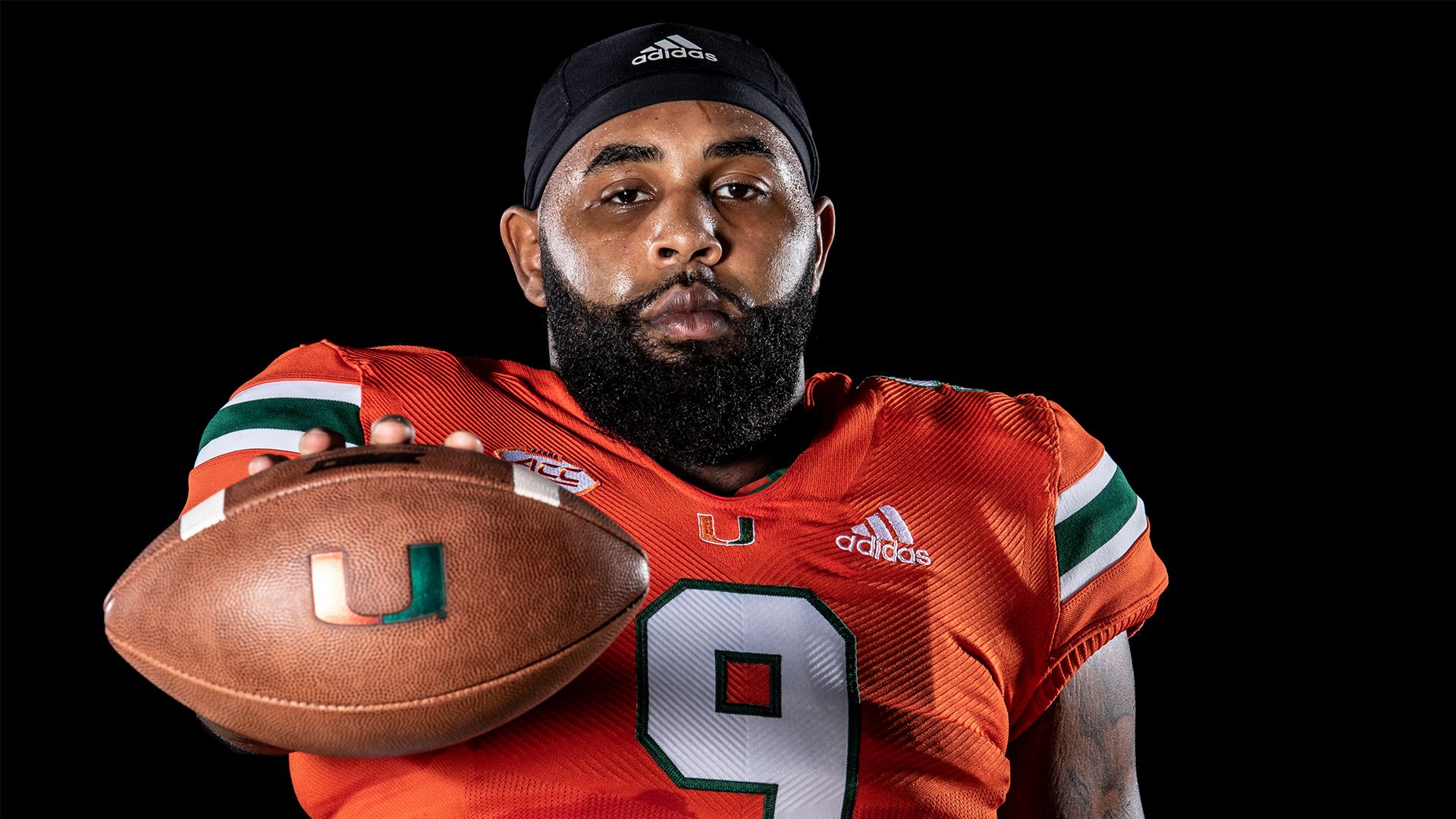 CORAL GABLES, Fla. – Sunday marks the start of the 2018 college football season for the Miami Hurricanes.

While every Cane is excited to open the season with a marquee matchup against the LSU Tigers, Sunday’s game will be extra special for defensive lineman Gerald Willis.

The redshirt senior will make his return to the field after spending all of last season on the practice squad. The fact that the Louisiana native will face his hometown team in his first game back in action has served as a consistent driving force as the fifth-year defensive tackle worked his way back.

“It was a lot of motivation. Just the picture of it, coming out playing LSU,” Willis said. “I’ll have my whole side of the family coming out supporting me. [Back] when I was getting recruited, LSU was one of my top picks. This is my hometown. So, I’m just ready to showcase my talent.”

Willis was considered a major talent coming out of Edna Karr High School in New Orleans in 2014. An Under Armour All-American, Willis was a five-star recruit according to 247Sports and was rated a four-star prospect by both ESPN and Rivals after being named Louisiana Defensive Player of the Year.

But Willis, like his brother, Landon Collins, did not choose to join the hometown Tigers for his collegiate career. Instead he selected the University of Florida, where he spent the 2014 season before he was dismissed from the team after appearing in eight games.

Willis then transferred to Miami and sat out the 2015 season due to NCAA transfer rules, but made an impact the next year with 5.5 tackles for loss and 1.5 sacks in nine games in 2016.The 2017 season was spent on the practice squad, with Willis focused on handling personal issues off the field so he could focus on football afterwards. He rejoined the team in the spring of 2018 and has been on a mission to make the most of his final collegiate season ever since.

“This season means a lot,” Willis said. “I haven’t played in two years, so I just want to show everybody that I belong here and just showcase my talent.”

Junior linebacker Michael Pinckney can sense Willis’ eagerness to return to competition and believes the Canes are a better team with the 6-foot-4, 300 lb. tackle anchoring the defensive line.

“He’s excited. I can tell he’s excited,” Pinckney said. “Any time you go against your hometown, man, and a lot of those guys I’m pretty sure he knows, but he’s just excited to get on that field and do what he’s got to do. He’s excited to be back on the field, his energy is great. I love to be around him and love to practice around him. We actually live in the same complex, so just seeing him and seeing how excited he is and he’s constantly talking about the game, I can tell that he’s excited for the game.”

Fans looking for Willis on the field will have to search for a new number. He originally wore No. 91 when he joined the Hurricanes, but switched in the spring after Chad Thomas moved on to the NFL. The two defensive linemen were close at Miami and Thomas was always pushing Willis to be his best.

Willis has taken on a leadership role among the defensive linemen and has been emphasizing the importance of being ready to play physical against LSU on Sunday.

“Well, I told the defense it’s a run team,” Willis said. “They play with a lot of attitude running the ball down the middle. So, like I told the D-Line, we’ve got to come off the ball, get them guys knocked in the backfield and just be ready to defend the run.”

The Hurricanes could play five defensive tackles on Sunday, as Willis and junior Pat Bethel are slated to start and redshirt senior Tito Odengibo, sophomore Jonathan Ford and freshman Nesta Jade Silvera are expected to play in reserve roles. Defensive coordinator Manny Diaz believes all five will play if they prove they can play at the highest level.

“We want to go as many as we can,” Diaz said. “There are different scenarios where different guys with different skillsets may factor in. But ultimately what we’ll look into and we’ll talk about is, where is the line? And where is the line on Sunday? What does the bench look like? Obviously we expect depth changes as the year goes on.”

Willis has gotten the majority of accolades at defensive tackle, with Diaz calling him Miami’s top tackle since the spring. But the defensive coordinator has also been impressed with Bethel’s play and believes the tandem will work well together and be effective for the Canes.

“Pat will be the first guy out there on Sunday,” Diaz said. “Tough. Dependable. Steady. Hard-working. We took the bowling and Pat was one of the best bowlers on the team. It just made sense. You didn’t know why, but Pat’s the guy who should be good at bowling. He’s got the ‘blue collar’ shirt on. He clocks out after 5 o’clock, goes to the bowling alley and bowls good scores. That’s kind of who Pat is.”

Miami’s depth will be tested on Sunday, as Diaz likes his players to give max effort on every snap and play an aggressive and violent style of defense. Because of the energy exerted on every play, Miami will need to rotate players often to keep fresh legs on the field. Diaz is confident in his best 11 players, but is going to see how deep his defense is when they face off against an athletic and talented team like LSU.

“That’s the question – how many guys can go in the game and not have a drop-off,” Diaz said. “With that being said, is what we know in the way that we operate, if you’ve watched us the last two years, is if drives get extended, you can’t just leave the same guys on the field. They lose their effectiveness. I would still be shocked if we didn’t play 22 guys on defense in the first half of the game – that’s just kind of how we roll. But obviously that all depends on snap counts, how long we’re on the field and all that type of stuff.”

Pinckney believes the Canes have plenty of depth and talent on defense. While Miami lost key contributors like Thomas and fellow defensive linemen Trent Harris, RJ McIntosh and Kendrick Norton, Pinckney likes the group he will be playing with on Sunday and throughout the 2018 season.

“We’ve got more experience,” Pinckney said. “We lost some guys, but the guys that are left like Gerald Willis – he’s a vet. Pat Bethel, he’s a vet that has gotten a lot of game reps. I think secondary and linebacker-wise, we’ve got some of the best secondary and linebackers, in my opinion, in the country and in the conference. I feel like those guys before set a standard for us, just leading us to this moment and I feel like we are going to do it right.”

That standard set decades ago by the greats in the 1980s and elevated every decade since has established what it means to be a Hurricane defender. Willis and his teammates will have a chance to prove they belong in the elite fraternity of Miami defensive players on Sunday.

“The U means greatness,” Willis said. “A lot of great players came here throughout these times. I’m looking forward to being one of them guys.”