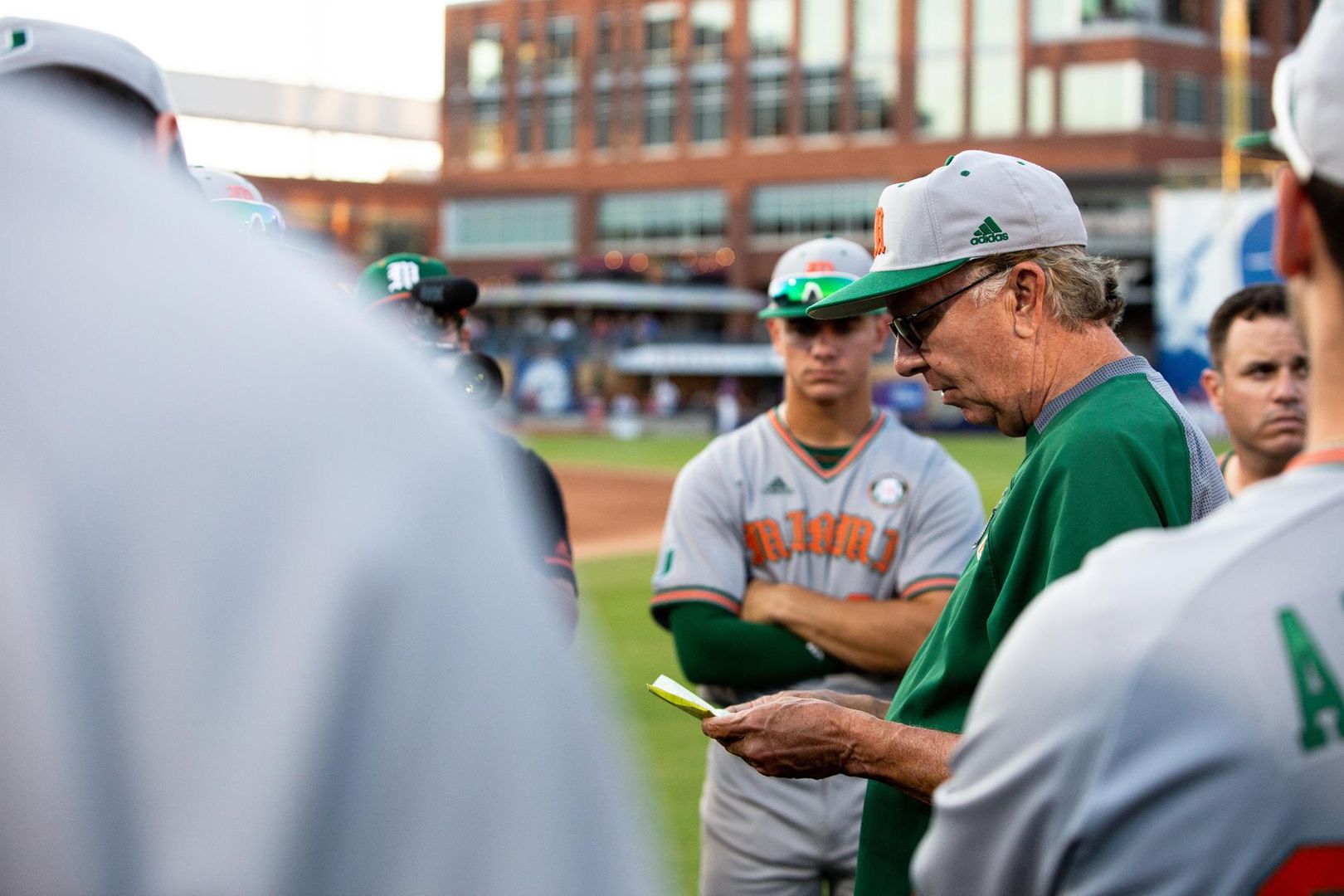 DURHAM, N.C. – No. 2 seed Clemson used a six-run sixth to push past seventh-seeded Miami Thursday night, as the Hurricanes’ trip to the ACC Championship ended with a 7-1 loss at Durham Bulls Athletic Park.

The loss snapped Miami’s 11-game winning streak and advanced Clemson into Saturday’s semifinal round as Pool B winners.

The Tigers (45-13) got to Bargfeldt and the Miami bullpen in the sixth, tagging the Hurricanes for six runs in the decisive frame.

With the game tied 1-1 through five innings, the Tigers went ahead 2-1 on a solo home run from Drew Wharton.

Bargfeldt then struck out the next two batters before the Tigers strung together five straight two-out hits – including a three-run home run from Chris Williams off reliever Frankie Bartow – to take a six-run lead.

The Tigers opened the scoring in the second on an RBI groundout from Jordan Greene.

The Hurricanes (28-26) tied the game in the fourth on a two-out, RBI triple from freshman Dylan Cloonan.

With senior Michael Burns on first base after a single, Cloonan cracked a pitch from Clemson starter Brooks Crawford just inside the first base line to score Burns and tie the game.

Crawford tossed five solid innings for the Tigers. He struck out three, walked three and allowed just one run before being relieved to start the sixth.