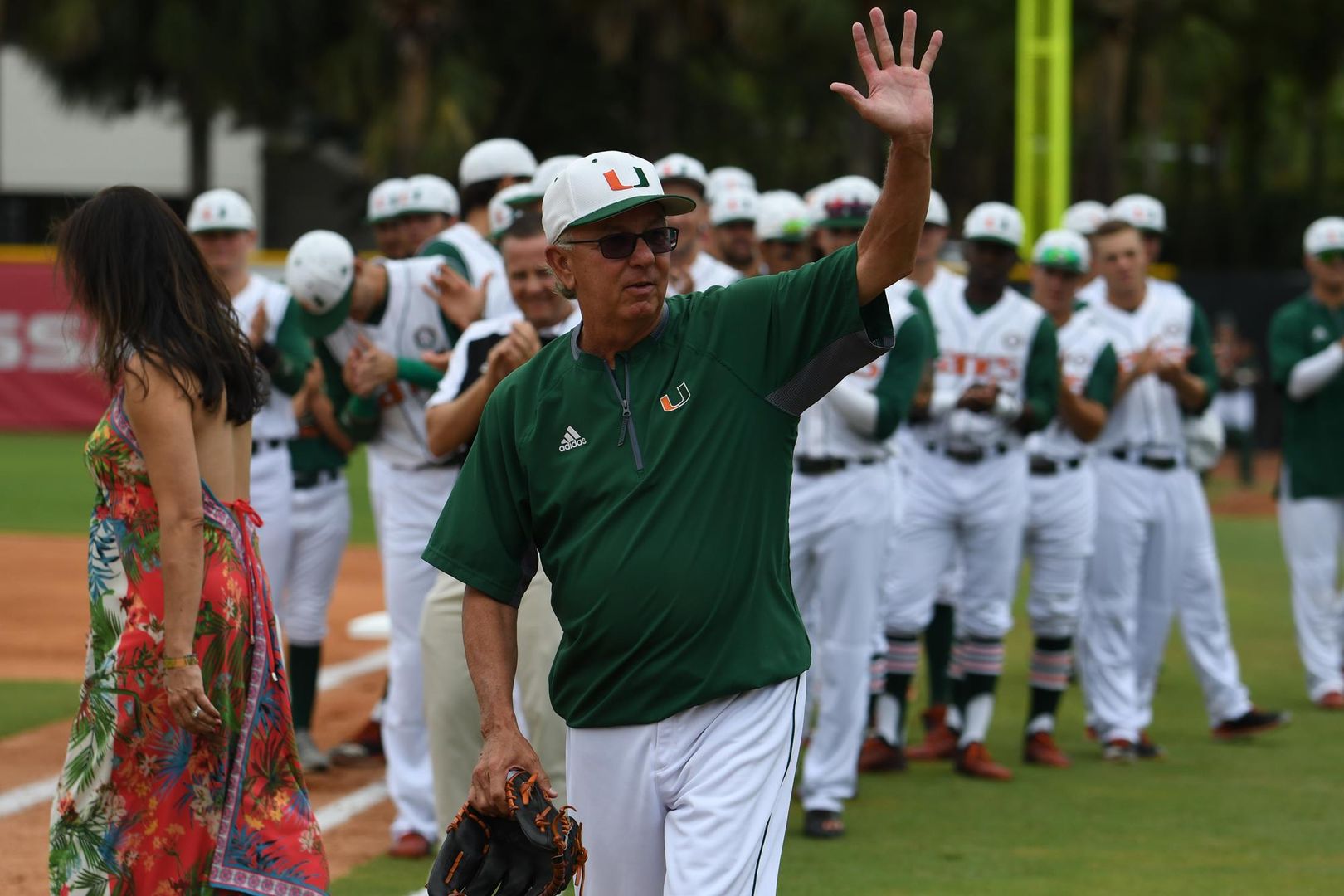 It was that his six-year-old son, Will, throw out the game’s ceremonial first pitch.

Little did Morris or his Hurricanes know, it would be one of few pitches thrown on the afternoon.

Miami’s regular season finale with Boston College was cancelled in the third inning due to heavy rain, but even the soggy weather could not dampen the spirits on a day where the Hurricanes’ skipper was saluted in a sendoff at The Light in front of 3,275 fans.

Morris was feted by Director of Athletics Blake James, famed public address announcer Jay Rokeach – in his 50th season serving as PA voice – as well as former infielder Wicho Hernandez, who delivered pregame remarks while a crowd of roughly 40 former players gathered near the pitching mound as part of the ceremony.

The Hurricanes presented Morris with a home plate decorated with his accomplishments, while Hernandez presented him with a dish on behalf of his former players to hold his two national championship rings, from 1999 and 2001.

The Hurricanes next travel to Durham, N.C., for the 2018 ACC Baseball Championship at Durham Bulls Athletic Park. The full bracket for the ACC Championship, including opponents and matchup times, will be released Sunday, May 20.