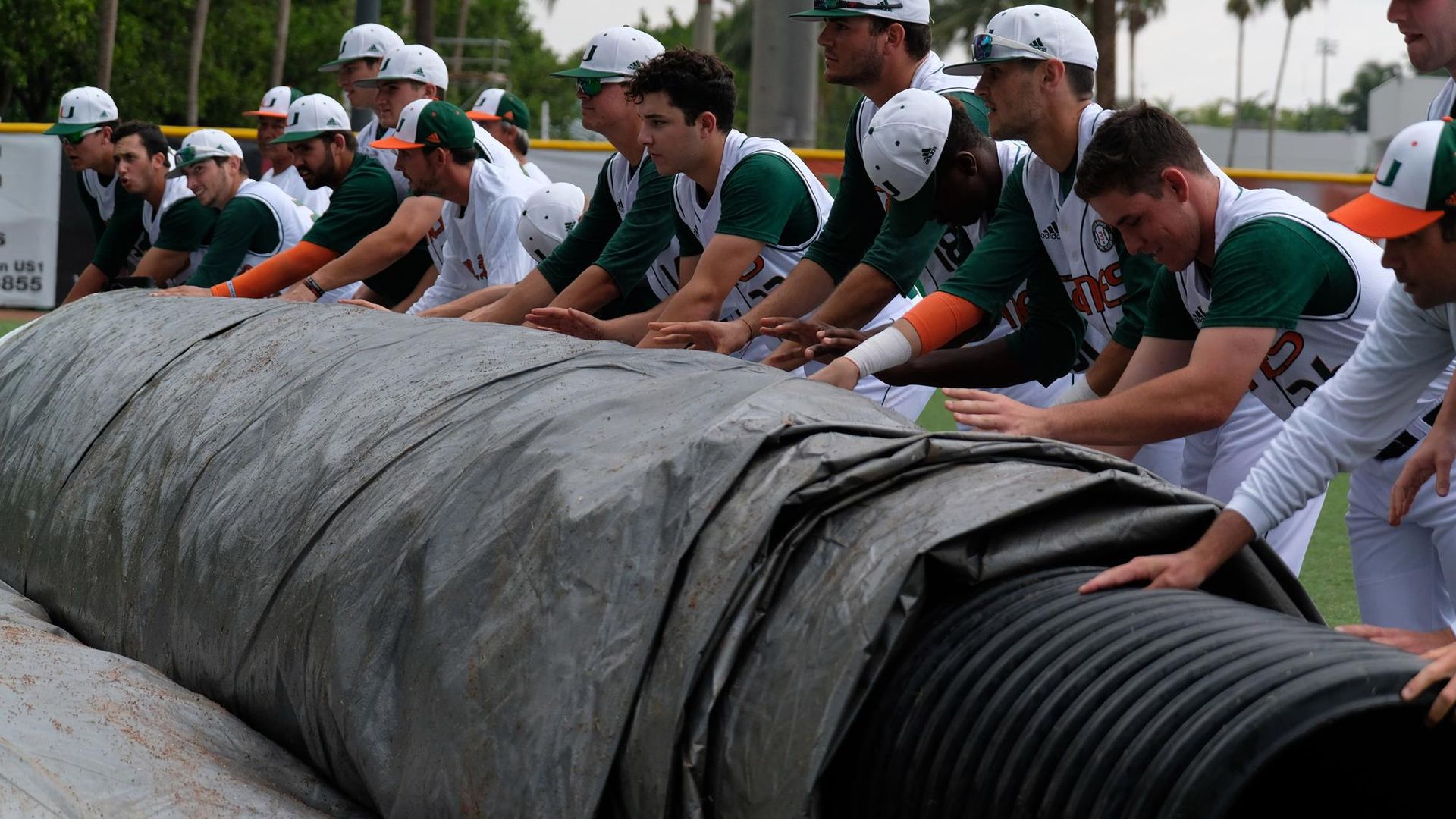 Game vs. Stetson Cancelled Due to Weather

CORAL GABLES, Fla. — The game between the Miami Hurricanes and the No. 17 Stetson Hatters was canceled due to lightning Tuesday night.

The Hurricanes and Hatters were tied, 1-1, in the bottom of the fifth before the two teams entered a delay of nearly two hours.

The Hurricanes return to Alex Rodriguez Park at Mark Light Field Thursday for their series opener against visiting Boston College in the final regular season series of head coach Jim Morris’ career. First pitch for the opener, slated for broadcast on ACC Network Extra and WVUM 90.5 FM, is set for 7 p.m.