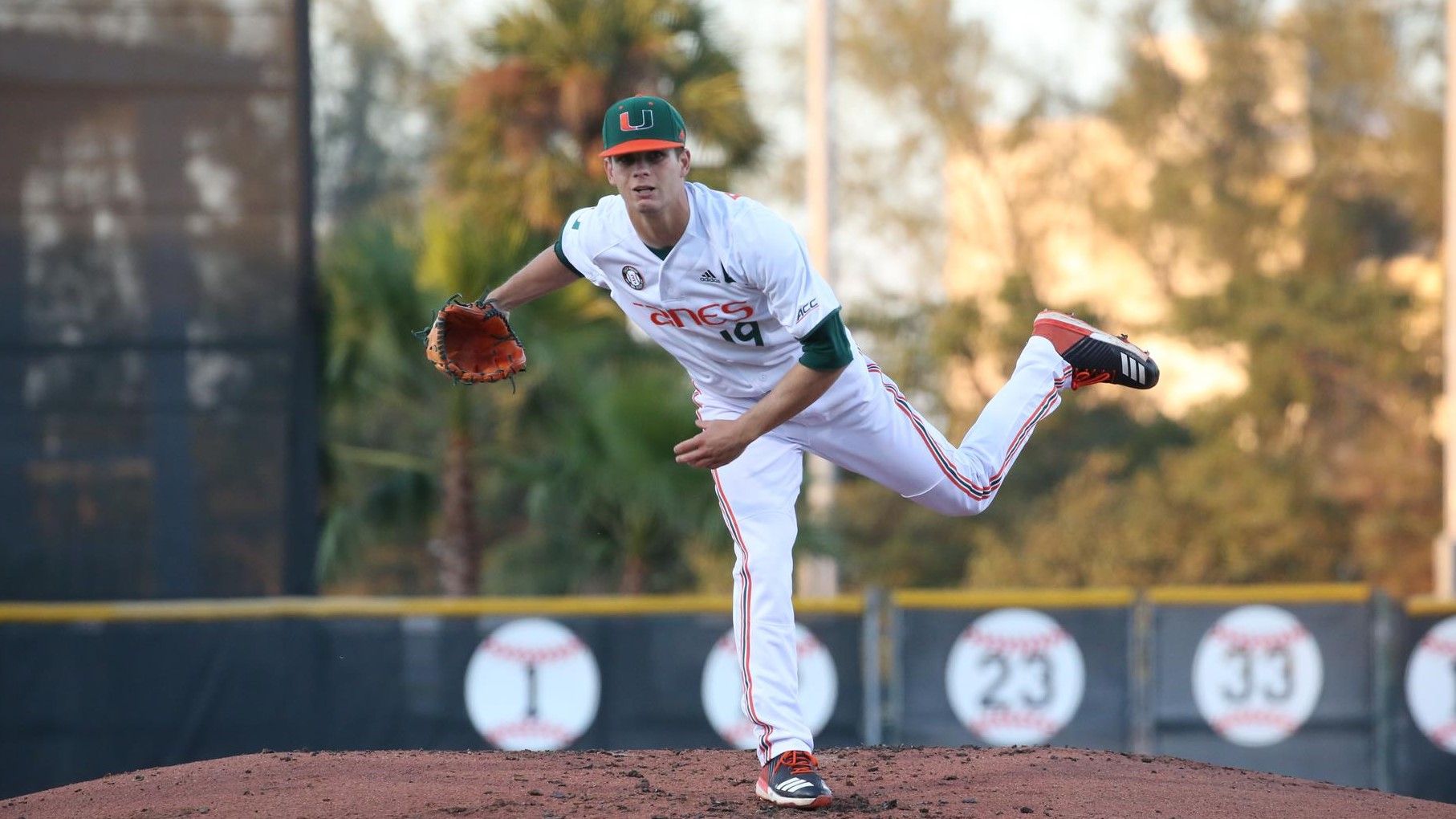 Senior lefthander Jeb Bargfeldt and Florida State southpaw Drew Parrish both delivered dominant outings for the long-time rivals, but a first-inning home run from the Seminoles proved the difference in the series opener.

The Hurricanes loaded the bases in the ninth but could not find the tying run, as Jonah Scolaro got back-to-back strikeouts to end the game.

Outside of the homer, Bargfeldt (2-4) kept a talented Seminoles order at bay in one of his best outings of the season. The Miami co-captain struck out a season-high nine across eight innings, allowing just three hits and three walks in his first complete game of the year.

Florida State (30-13, 12-9 ACC) opened the game’s scoring in the first inning on a two-run homer from junior catcher Cal Raleigh.

That was the only mistake Bargfeldt would make on the night, as he delivered one of his best outings of the year in front of 4,432 fans.

Following the early Seminole homer, Bargfeldt retired the next 15 batters he faced into the sixth inning, until a two-out walk from Jackson Lueck.

Bargfeldt (2-4) worked quickly through the talented Seminoles order in the game’s middle innings, needing just seven pitches to retire the side in the third, 10 pitches in the fourth, 12 in the fifth and 16 in the sixth.

Parrish (3-0) struck out a career-high 13 in eight sharp innings. He scattered four hits and three walks, but held Miami off-balance for most of the night in an 117-pitch outing.

The Hurricanes’ best chance to tie the game up came in the eighth, when UM’s freshman tandem of Raymond Gil and Freddy Zamora reached on a walk and single.

After both runners moved into scoring position, Parrish induced a flyout from Miami’s hottest hitter, Romy Gonzalez, to end the threat.

Zamora made one of Miami’s top defensive plays of the season when he dove in foul territory and snared a quickly sinking pop-out from Rhett Aplin in the sixth.

The Hurricanes loaded the bases off reliever Conor Grady in the ninth. Junior Danny Reyes singled, senior Michael Burns walked and senior Hunter Tackett was hit by a pitch.

But Scolaro struck out freshman Gabe Rivera and redshirt freshman Michael Amditis to strand the bases loaded and seal the win.

The two rivals return to Dick Howser Stadium Saturday for Game 2 of the series. First pitch for the game, slated for broadcast on ACC Network Extra and WVUM 90.5 FM, is set for 6 p.m.