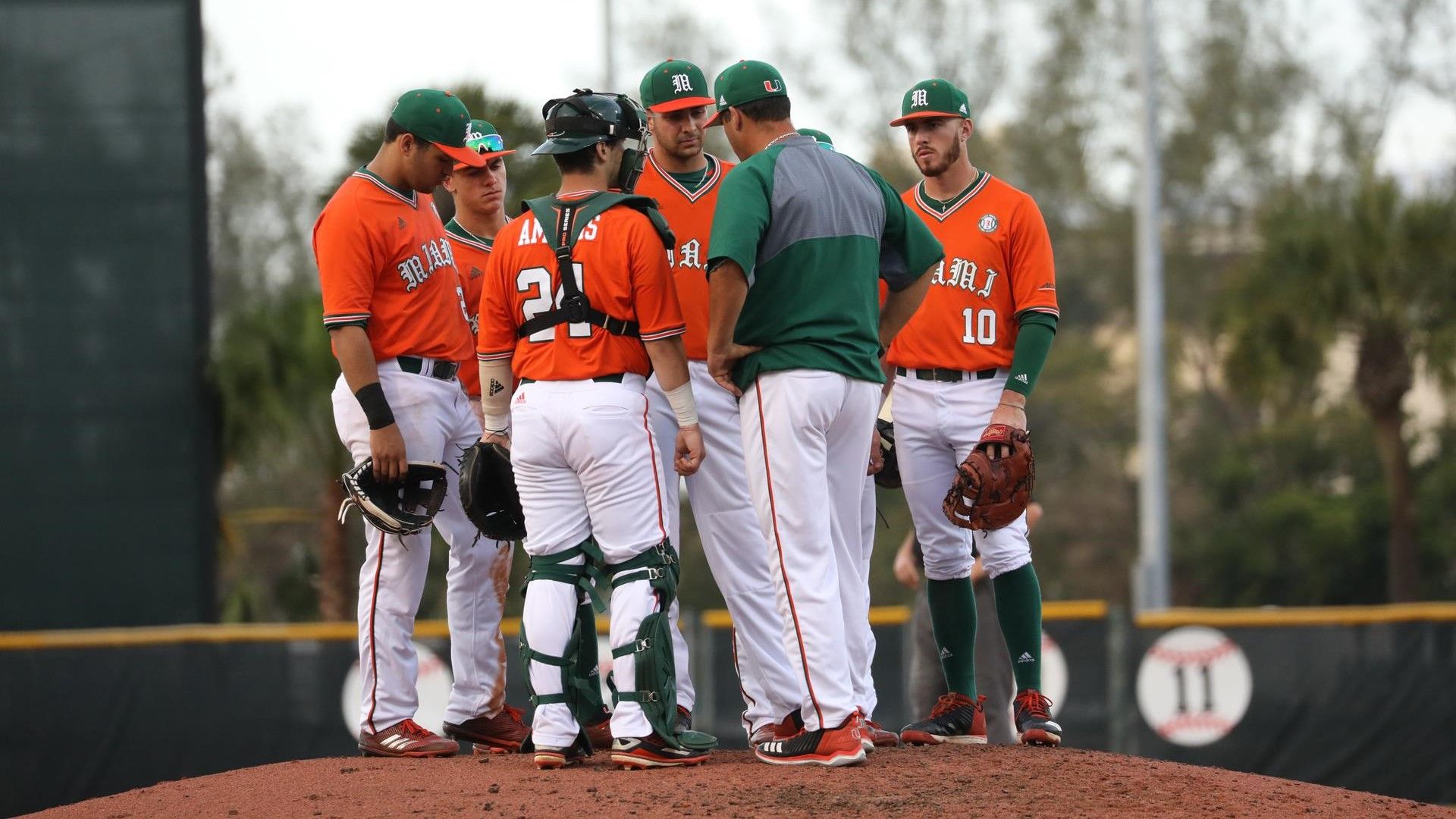 Looking to finish a two-game season sweep of the Knights after UM captured the first matchup in Orlando in mid-march, the Hurricanes were stifled by a UCF staff that allowed just two hits on the night.

A sacrifice fly from UCF (23-11) in the sixth proved the difference in the loss.

The Knights added three runs of insurance in the eighth to seal the win.

The Hurricanes loaded the bases off UCF reliever Bryce Tucker in the ninth to bring the tying run to the plate, but could not come up with any late surge.

McMahon, who was on a limit of roughly 70 pitches for the outing, threw 39 of his 73 pitches for strikes. He scattered four hits, four walks and struck out two batters.

McMahon departed with two outs in the fifth and the game scoreless at 0-0 in front of 2,366 fans.

UCF redshirt junior righthander Cre Finfrock delivered five shutout innings of his own for the visitors. Finfrock struck out seven batters and walked three in an 82-pitch outing.

Making his second start of the season, Finfrock (3-0) did not allow a hit the victory.

UCF struck first, tagging Miami reliever Cooper Hammond for a run in the sixth on a small-ball sequence.

Matthew Mika opened the inning with a single through the right side, took second on a hit-and-run play and stole third.

A sacrifice fly with one out from Logan Heiser off Hammond (1-2) was deep enough to plate Mika and break the scoreless deadlock.

Hammond tossed 2.1 innings of relief before giving way to junior Frankie Bartow in the eighth.

The Hurricanes had their first scoring opportunity in the sixth, when freshmen Willy Escala and Gabe Rivera reached on infield singles.

But UCF executed a rundown between third and home to get Escala, and after a walk from Hunter Tackett, reliever Thad Ward struck out senior Michael Burns to strand a pair of runners.

Escala reached base for the 13thstraight game with his one-out infield single off Ward.

The Miami Hurricanes travel to Clemson for a weekend series at Doug Kingsmore Stadium beginning Friday, April 13. First pitch for the series opener, slated for broadcast on ACC Network Extra and WVUM 90.5 FM, is set for 6:30 p.m.