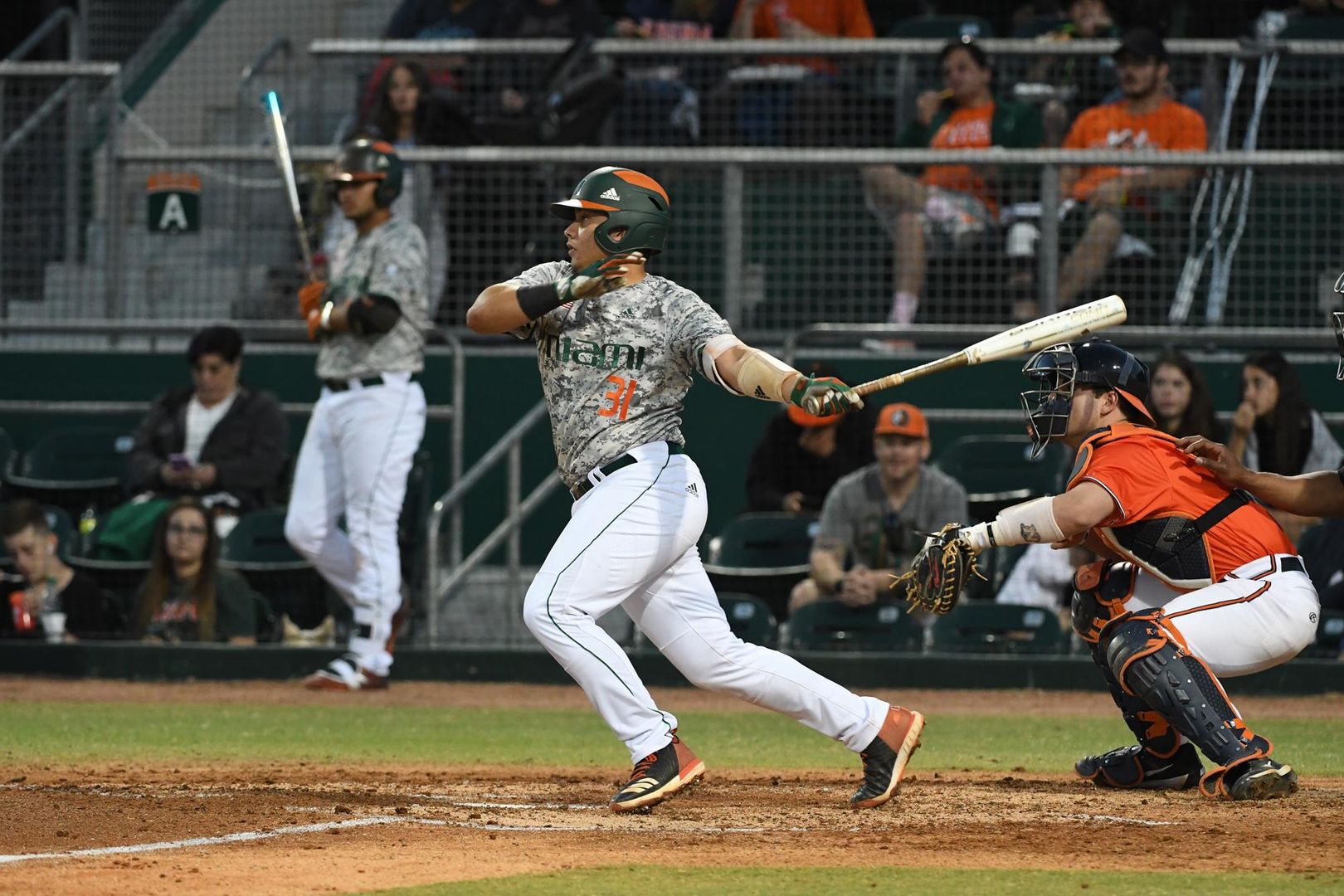 A night after senior lefthander Jeb Bargfeldt set the tone with 7.2 innings in a walk-off win, the Hurricanes (11-11, 5-3 ACC) received a career long-tying seven innings from its star sophomore.

McKendry (4-2), who entered the game with the highest strikeout-per-nine ratio among starting pitchers in the ACC, tied a career high with 12 more punchouts in a dominating performance.

Miami’s pitching staff has held the Cavaliers (13-9, 3-5 ACC) to nine hits in a combined 20.0 innings in the first two games of the series.

The Hurricanes, whose last series sweep over the Cavaliers came in 2008, will go for their first such weekend of the spring Sunday at 1 p.m.

McKendry won a pitchers’ duel with Virginia lefthander Daniel Lynch (2-3) who struck out 11 and walked one in seven strong innings of his own.

After a 23-pitch first inning that included a walk and a single, McKendry was mostly unhittable. The Pembroke Pines, Fla., native allowed just two batters to reach as far as second base after the first and was in control on a night he ended up throwing 114 pitches – his most as a Hurricane.

“Starting the game, I didn’t feel too well – my fastball had a little more movement than usual, so it was a little hard for me to control,” McKendry said. “It took me some time to finally find my offspeed pitches, but once I got going, my slider felt good.”

McKendry said he used a combination of changeups and sliders to keep Virginia off balance for most of the night.

Lynch’s lone run allowed on the night came on a ball that Virginia left fielder Charlie Cody lost in the lights in the second inning.

With Isaac Quinones on first after a leadoff single to center, junior Romy Gonzalez lifted a ball to left that looked like an inning-ending flyout.

But the ball dropped behind Cody, allowing a hustling Quinones to plate all the way from first and open the game’s scoring.

Quinones, who finished 2-for-3 at the plate, extended his hitting streak to 13 games with the single.

Miami had a chance to double its lead in the fifth with Gonzalez on second base after a one-out double.

Freshman Tony Jenkins cracked a single to center, but a perfect throw from outfielder Cayman Richardson to catcher Cody Knight nailed Gonzalez at the plate to keep Miami’s lead at 1-0.

Junior Frankie Bartow entered in the eighth and recorded his second save of the year with two strong innings to close it out.

“We were looking to do the same thing last week against Duke and didn’t pull it out,” McKendry said of the series win. “We knew we had to come out this weekend and try to win the series, at least, and hopefully sweep. It’s a big, big thing for this team, especially moving forward, to use this as momentum and just keep pushing.”

The two teams return to Alex Rodriguez Park at Mark Light Field Sunday for the series finale. First pitch for the contest, slated for broadcast on ACC Network Extra, WVUM 90.5 FM and 990 AM ESPN Deportes, is set for 1 p.m.