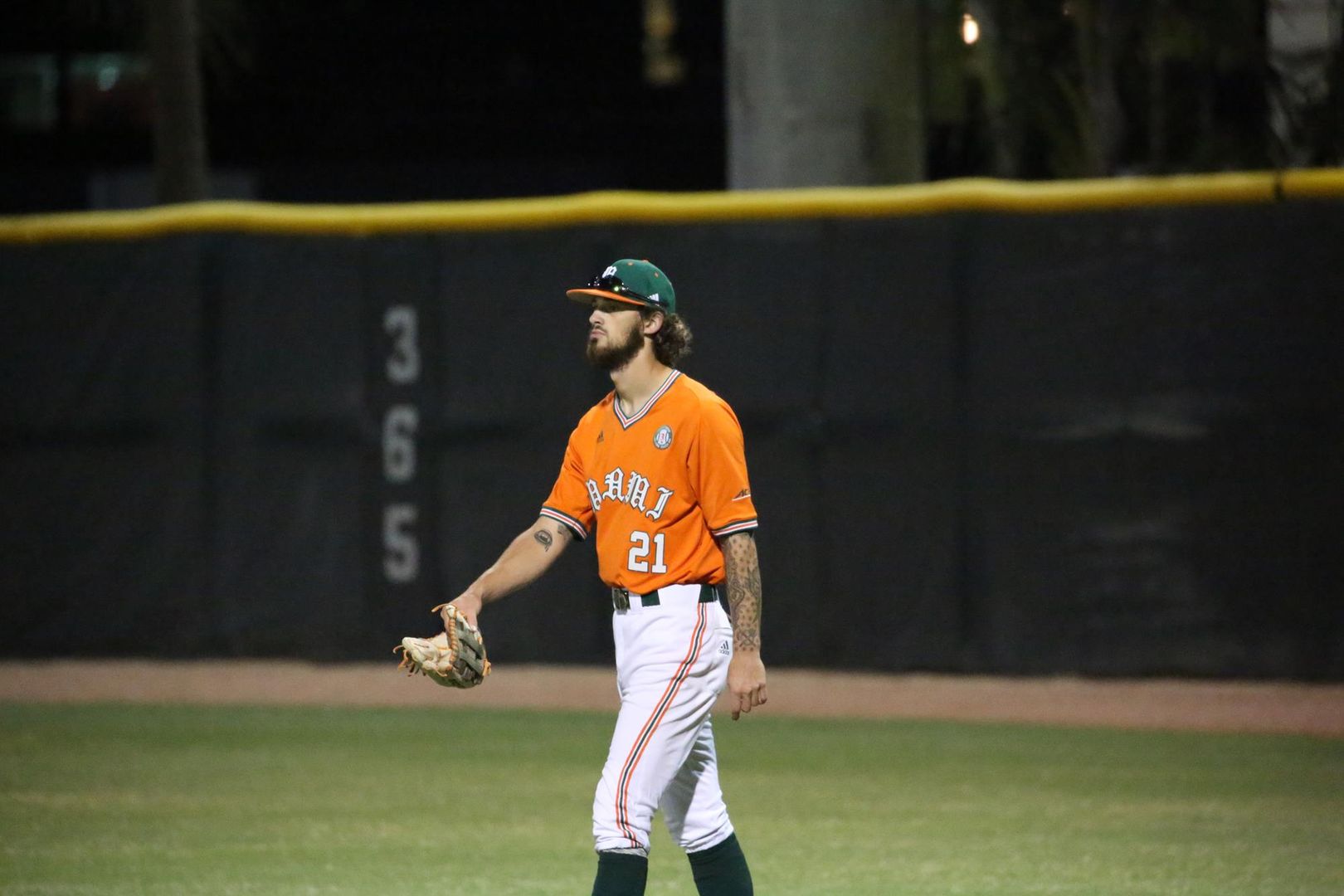 Thanks largely to a grand slam from second baseman Eric Rivera in the game’s final inning, the Owls (16-5) rallied past Miami (9-11) in shocking fashion in front of 2,831 fans.

The late offense from the visitors erased a sizable Miami lead in the middle innings.

“It’s disappointing,” senior co-captain Michael Burns said. “It’s a tough one to swallow tonight. I thought we really had it going and didn’t end up on top…it’s how you respond on Friday. That’s what we’re looking to do – looking to respond to this game on Friday.”

Making the second start of his career, freshman Daniel Federman tossed a career-long six innings for the hosts.

He allowed three runs (two earned) and struck out five innings in another solid outing.

“It doesn’t matter. We lost, that’s it,” Federman said about his performance. “Now we’re worried about Virginia on Friday.”

Miami was not aided by five errors from its defense. Rivera’s slam off Miami reliever Cooper Hammond (1-1) capped the comeback.

FAU reliever Zach Schneider picked up his seventh save with a scoreless ninth inning.

“For us, when we’re up 9-2, we have to win. We have to put the game away,” head coach Jim Morris said. “We had a chance to pound somebody, and we didn’t. We let them back in the ballgame, we played terrible defense. We didn’t pitch late, and we made too many errors to let them back in the game.”

The Hurricanes return to Mark Light Field Friday night for the series opener against Virginia. First pitch is set for 7 p.m.