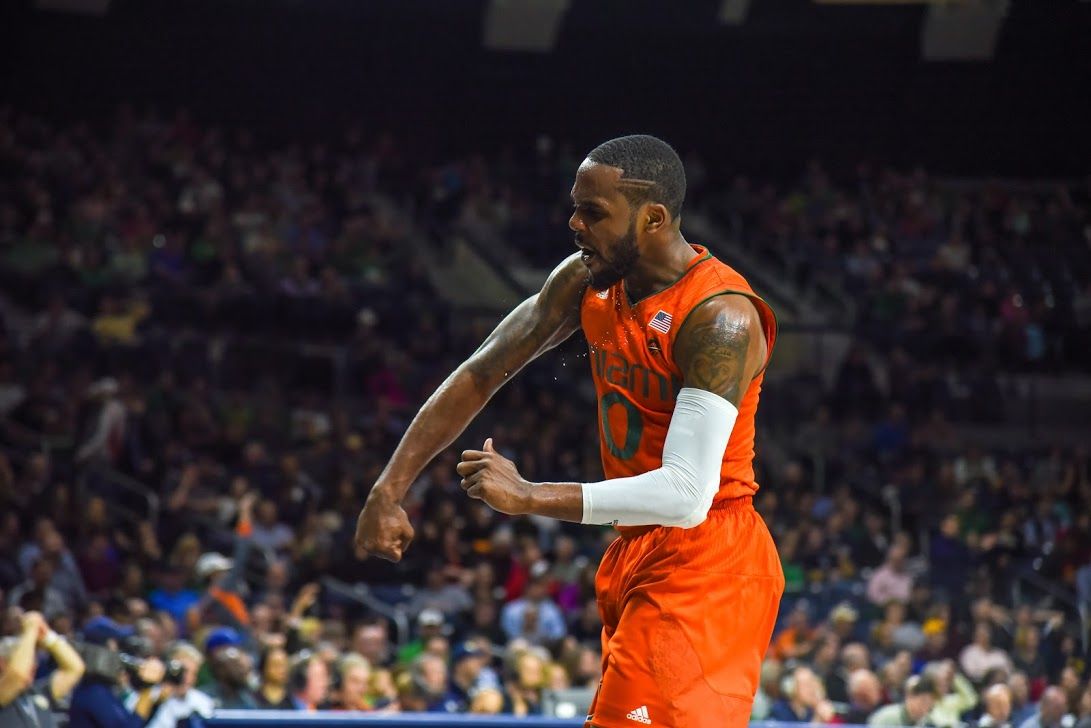 NOTRE DAME, Ind. – Lonnie Walker IV scored 19 points and Ebuka Izundu scored 14 points in his first start of the season, grabbed eight rebounds and had a huge putback in the waning seconds, as the Miami men’s basketball team knocked off Notre Dame, 77-74, Monday evening at Purcell Pavilion at the Joyce Center.

Miami (19-8, 8-7 ACC) snapped a three-game losing streak and earned its seventh road win of the year, including its fourth in conference play. Ja’Quan Newton added a dozen points for the Hurricanes, while Anthony Lawrence II scored seven points, grabbed six rebounds and dished out six assists.

Izundu played a season-high 26 minutes and was huge in the second half scoring 12 of his points, including a putback with 11 seconds left to give the Canes a 77-72 lead after the Fighting Irish had pulled back within three.

The game featured an array of runs on both sides. Miami bolted to an early 16-8 lead, only to see Notre Dame respond with a 12-1 run over nearly seven minutes. The Hurricanes outscored ND 22-9 over the final 6:54 of the half, capped by Walker’s buzzer-beating 3-pointer from the corner.

After a pair of Geben free throws, Miami ran the shot clock down before Newton missed a jumper, but Izundu grabbed the rebound in traffic and scored on the putback with 11 seconds remaining.

Miami returns home next Saturday (Feb. 24) for a 2 p.m. game against Boston College. Fans wishing to attend home Miami basketball games this season are encouraged to use StubHub, the official secondary ticket market for Miami Athletics, to purchase single-game tickets, as season tickets are sold out.

Game Notes
Team
• The all-time series is now tied, 11-11.
• Miami earned its seventh road win of the year, including its fourth in conference play. UM is 7-4 on the road this year. The Canes entered the game as one of 12 Power 5 schools with at least six road wins.
• Miami hit seven of its first nine shots to take an early 16-8 lead, but then missed its next seven shots while scoring one point in a 6-minute, 54-second span as Notre Dame went on a 12-1 run to take a 20-17 lead.
• Miami is now 13-1 when leading at the half.
• Miami committed eight turnovers, its second straight game with fewer than 10 turnovers and its eighth game of 10 or fewer this year.

Individual
• Lonnie Walker IV scored 19 points, reaching double figures for the 14th time this season, including the 10th time in conference play.
• Walker matched a career high with five 3-pointers.
• Ebuka Izundu made his first start of the season and his 10th career start.
• Izundu scored 14 points, reaching double figures for the fourth time this season and the second time in ACC play. It matched his second-most points of the season (15 at NC State).
• Izundu pulled down eight rebounds, his second most of the season (10 vs. Gardner-Webb in season opener).
• Ja’Quan Newton played in his 122nd career game, tied for 10th most in program history.
• Newton scored 12 points and moved into 31st place in career scoring at Miami with 1,095 points.
• Newton dished out four assists and has 298 for his career (10th in program history).
• Anthony Lawrence II matched a career high with six assists.