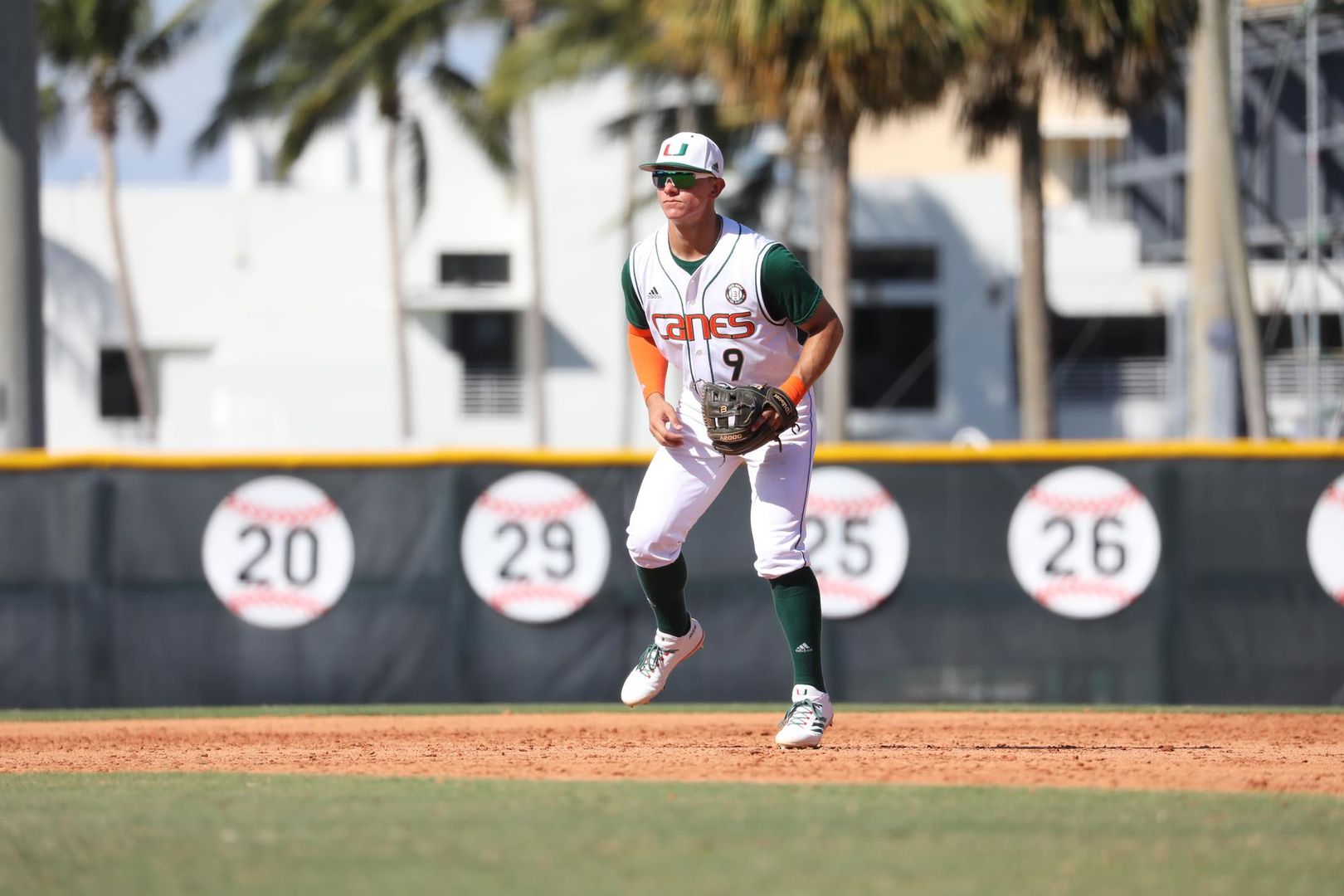 CORAL GABLES, Fla. – No. 24 Miami raced out to an early lead but could not finish off a weekend sweep Sunday, as Rutgers battled back for a 7-5 victory in the series finale.

The Hurricanes (2-1) jumped out to a 5-0 advantage after three innings, as Miami’s offense continued its momentum from the first two games of the series.

McKendry (0-1), who fanned seven batters over the first three innings, looked sharp in the early going. But Rutgers capitalized on the Miami miscues and added RBI singles from Kyle Walker and Dan DiGeorgio to take a 7-5 lead.

The Hurricanes brought the tying plate to the ninth after redshirt senior Michael Perez connected on a two-out, pinch-hit single, but junior Romy Gonzalez popped out to shallow right to end the game.

The seven runs allowed by McKendry, who finished with eight strikeouts on the afternoon, were a career high. Only four of the runs were earned.

Called upon early, the Hurricanes bullpen impressed in the defeat.

Miami opened the scoring in the first on an RBI double by red-hot junior Danny Reyes, who went 3-for-4 on the afternoon and batted .727 (8-for-11) over the course of a dominant weekend at the plate.

The Hurricanes benefited from poor Rutgers fielding in the second inning to push their lead to 4-0.

Miami’s runs in the frame came on an error, a passed ball and a wild pitch, as redshirt freshman Michael Amditis, freshman Raymond Gil and freshman Freddy Zamora crossed the plate.

A sacrifice fly from freshman first baseman Alex Toral, who homered in Saturday’s series-clinching win, made it 5-0 in favor of Miami in the third.

But Rutgers sent 11 batters to the plate in the fourth to gain a lead it would not relinquish.

Zamora (1-for-4) and Gil (2-for-4) each recorded the first hits of their careers in the loss. Amditis finished 2-for-4 and the Hurricanes out-hit the Scarlet Knights 11-6 on the afternoon.

Miami continues a season-opening seven-game homestand on Wednesday against Missouri. First pitch for the contest, slated for broadcast on ACC Network Extra, 790 The Ticket and WVUM 90.5 FM, is set for 6 p.m. from Mark Light Field.