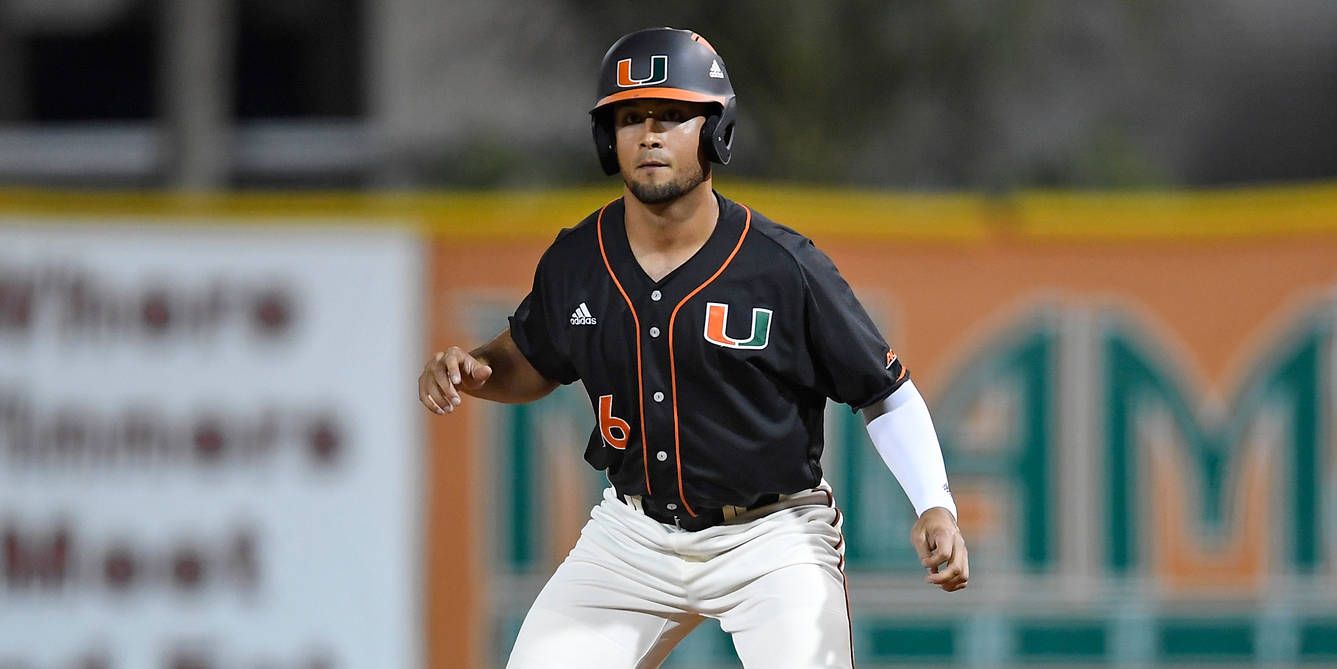 CORAL GABLES, Fla. – Miami received an impressive start on the hill from junior righthander Jesse Lepore but fell to visiting Wake Forest, 2-1, Friday night in the opener of an eight-game homestand.

Lepore (1-4) delivered six strong innings against one of the ACC’s best offenses, and Miami out-hit the Demon Deacons 7-2, but the Hurricanes left nine runners on base in the defeat.

It was Wake Forest (20-7, 7-3 ACC) who struck first Friday night, as a bloop single from Keegan Maronpot dropped in the outfield to score a pair of runs in the second inning.

The single, which glanced off the glove of a diving Carl Chester in center, was the only hit allowed by Lepore on the night.

Though he issued a career high-tying five walks, Lepore struck out four batters across 103 pitches, the most thrown in any of his starts this season.

The Hurricanes halved the deficit in the bottom of the third on an RBI double from junior hitter James Davison.

With redshirt senior Edgar Michelangeli on second after a bunt single and throwing error, Davison cranked a pitch from Wake Forest starter Parker Dunshee to right field for the first double of his career.

Davison recorded his fourth multi-hit game of the season in the loss, finishing 2-for-5 with a stolen base.

Dunshee (5-1) allowed at least one Hurricane to reach base in six of seven innings. Miami put two runners on in the fifth when Davison reached on a bunt single and senior Johnny Ruiz drew a walk, but Dunshee retired Chester on a flyout to right field to end the threat and keep his team ahead.

The walk extended Ruiz’ streak of reaching base safely to 20 straight games in front of 2,844 fans.

Dunshee struck out nine batters in seven innings. He scattered six hits with one walk across 105 pitches before being relieved by Griffin Roberts to start the eighth inning.

Sophomore Andrew Cabezas entered in the seventh in relief of Lepore and turned in a dominant showing. The righthander retired all six Demon Deacons batters he faced, including the first five via strikeout, which tied a career high.

The Hurricanes (11-15, 4-6 ACC) threatened to tie the game in the eighth when sophomore Romy Gonzalez opened with a single and Miami found itself with runners on the corners after junior Brandon Gali was hit by a pitch. But Roberts struck out Barry Buchowski to strand a pair of runners.

Freshman Albert Maury, Jr., pitched a scoreless ninth inning for Miami, while Roberts retired the side in order in the home half to clinch his second save of the season.

The two teams return to Alex Rodriguez Park at Mark Light Field Saturday night for Game 2 of the weekend series. First pitch for the contest, slated for broadcast on ACC Network Extra, 560 WQAM and WVUM 90.5 FM, is set for 7 pm.