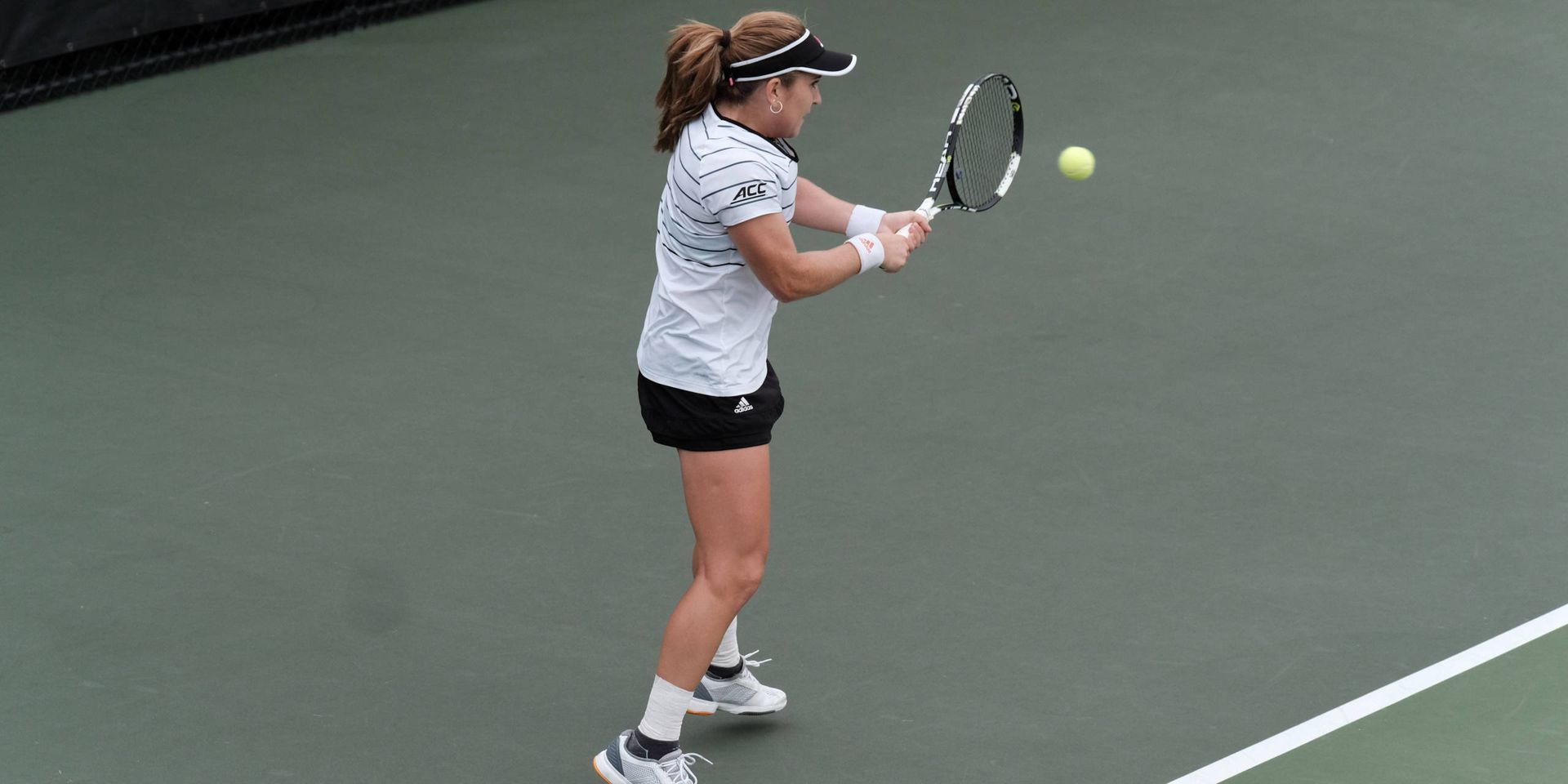 CORAL GABLES, Fla. – The University of Miami women’s tennis team was edged by No. 18 Duke, 5-2, Sunday afternoon at the Neil Schiff Tennis Center.

No. 29 Miami was down a player due to injury and had another player retire during the match, leaving the Hurricanes quite shorthanded against their third top-20 opponent in a span of six days.

“Honestly I’m so proud of these girls; they competed their tails off,” Miami head coach Paige Yaroshuk-Tews said. “We obviously came up short today. We had an unfortunate incident happen on court one, but I am really proud of the girls’ fight and I’m really proud of what they did today. We just have to move forward.”

After a lengthy doubles competition, Duke (9-3, 3-0 ACC) won a pair of matches just moments apart to take the opening point.

The match between freshman Sara Culbertson and junior Sinead Lohan against Ellyse Hamlin and Samantha Harris was left unfinished with the Blue Devils in front, 6-5. For Culbertson, a native of Coral Gables, it marked her first dual match action as a Hurricane.

Duke earned its second point when seventh-ranked Lohan was forced to retire from her match, while holding a 5-4 lead in the first set. That gave the victory to No. 90 Harris.

Perez-Somarriba earned her second top-25 victory in a span of three days, both of which have come over fellow freshmen, to put the Hurricanes on the board.

“Estela once again is showing that she’s going to be a force to reckon with here at the end of this year and beginning of next year,” Yaroshuk-Tews said. “This kid is so committed to her tennis, she’s so committed to the University and I’m just really proud of her level of maturity; it far exceeds someone of her age.”

Hamlin clinched the match for Duke by registering a 6-2, 6-4 triumph over Culbertson. The final two matches were then both played out.

Miami’s next match will be Friday on the road against Boston College, with the sides set to square off at 1 p.m., in Chestnut Hill, Mass.