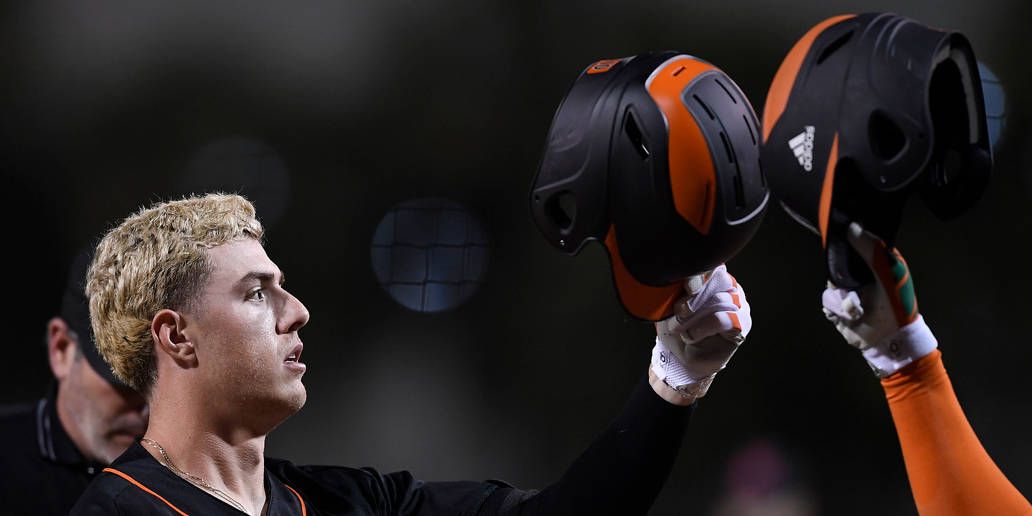 Sophomore Andrew Cabezas was dominant in relief, but with runners on the corners and two outs in the 11th, an error by first baseman Greg Veliz allowed both baserunners to score to put Georgia Tech ahead late.

Miami had the tying run at the plate in the bottom of the 11th, but Georgia Tech righthander Burton Delaney retired James Davison on a pop-up to end the game.

The two teams will face off in the series rubber match Sunday at 1 p.m.

Miami (5-9, 1-1 ACC) received another strong performance from junior lefthander Jeb Bargfeldt, who twirled a six-inning gem and departed with his team leading 4-1.

Facing one of the ACC’s most potent offenses, Bargfeldt allowed just one run. He struck out six batters and walked three on 106 pitches, his most in four career starts at Miami. Saturday’s outing marked the third straight quality start for the Owasso, Okla., native.

Senior Joe Gomez went 2-for-3 with his first career home run and reached base five times in the loss.

Trailing 5-4 and with Miami down to its final four outs, junior Carl Chester drove the game-tying single to right off Yellow Jackets Zac Ryan (1-0) that plated Gomez from second base.

The Hurricanes would immediately respond, however, knotting the game at 1-1 in the home half of the inning on a sacrifice fly from sophomore Romy Gonzalez that plated Gomez, who was hit by a pitch to open the inning.

With two runners on and two outs, Bargfeldt limited the damage by retiring Brandt Stallings to hold the deficit at just one run.

The Yellow Jackets loaded the bases in the fourth, but Bargfeldt once again worked his way out of it. After two walks sandwiched around a single, Bargfeldt struck out red-hot Jackets three-hole hitter Joey Bart to keep the game tied 1-1.

Miami took its first lead of the game with a pair of runs in the fourth. Redshirt senior Christopher Barr led off the inning with a double and scored on a groundout by senior Edgar Michelangeli.

Gomez then connected on the first home run of his career on a 2-1 pitch from starter Jonathan Hughes, smashing it over the left field wall for a 3-1 lead.

The Hurricanes chased Georgia Tech starter Jonathan Hughes after just four innings. Another RBI groundout – this one from Gonzalez in the fifth – put the Hurricanes up 4-1.

But the Jackets tagged Miami reliever Albert Maury, Jr. for a career-high four runs in the seventh to take a 5-4 lead. Georgia Tech sent eight men to the plate in the inning, and three Jackets – Kel Johnson, Keenan Innis and Ryan Peurifoy – recorded RBI singles in the frame.

Cabezas (0-1) struck out a career high-tying five batters in 3.0 innings.

Chester extended his hitting streak to a career-best eight-games in a 2-for-4, two-walk performance.

The Hurricanes and Yellow Jackets return to Alex Rodriguez Park at Mark Light Field Sunday for the series finale. First pitch for the contest, slated for broadcast on ACC Network Extra and 560 WQAM, is set for 1 p.m.