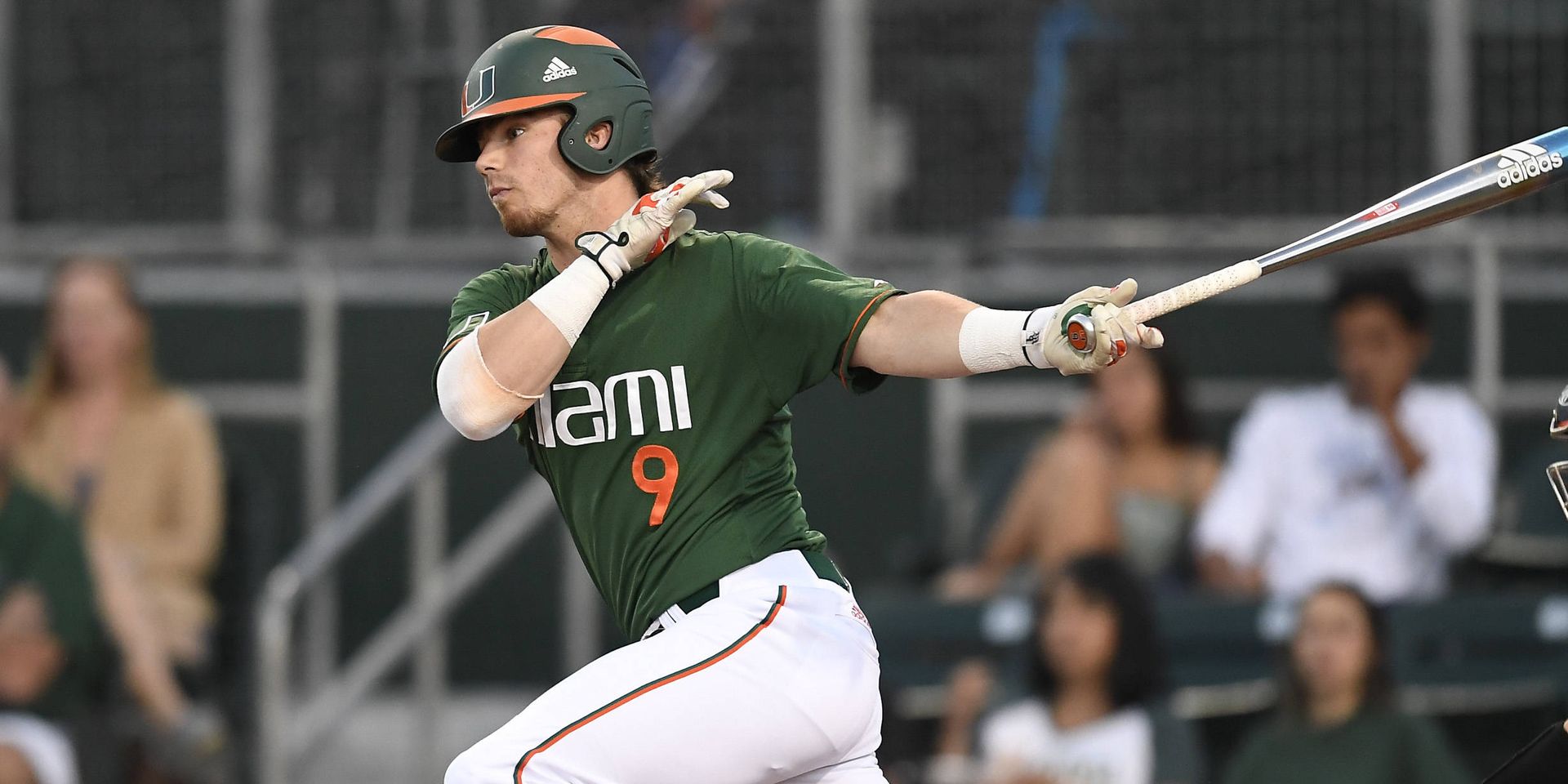 The Hurricanes received a solid pitching performance from freshman starter Greg Veliz, but could not muster any offense against FIU senior righthander Robert Garcia in the first regular-season meeting between the two schools since 2008.

The two teams will play the second game of the back-to-back at FIU on Wednesday at 7 p.m.

Miami’s first hit off Garcia did not come until the seventh, when junior Carl Chester singled to center.

The Hurricanes scored their lone run in the bottom of the ninth. The Panthers blew the game open with a seven-run eighth inning.

“We just have to find a way,” Chester said. “We come out every day…we just need to figure out how to put runs on the board and just keep swinging it.”

FIU took a 1-0 advantage in the first, as the Panthers loaded the bases on two hit batters and a walk.

Veliz did well to limit the damage, however, allowing just a sacrifice fly to JC Escarra before striking out Zack Soria to end the inning.

The first two Hurricanes batters of the game reached via walk, but Garcia stranded a runner in scoring position with a strikeout of sophomore Romy Gonzalez.

FIU (6-6) threatened to add to its lead in the fourth on two walks and an error. But Veliz came through with a strikeout of leadoff hitter Derek Cartaya to strand the runners and keep the deficit at just 1-0.

“At first I started dropping my arm,” Veliz said. “That’s probably why the ball was running. I had some tail to my ball – it’s why I hit the batters. From there I started commanding my pitches and I found my slider.”

The first hit for either team was a solo home run by Escarra off Veliz to open the sixth, pushing the Panthers’ lead to 2-0.

He threw 83 pitches before being relieved by redshirt sophomore Keven Pimentel in the sixth.

With runners on the corners, a bunt single by Cartaya pushed FIU’s lead to 3-0. The Panthers added two more runs on a two-RBI double by Irving Lopez to take a 5-0 lead.

The Hurricanes (4-7) showed life in the seventh when senior Johnny Ruiz walked and Chester extended his hitting streak to five straight games with a single to center.

Junior Hunter Tackett drew a two-out walk to load the bases, but Garcia struck out senior Barry Buchowski to end the threat.

Ruiz doubled to open the bottom of the ninth and Romy Gonzalez followed with an RBI single to left off reliever Alex Demchak.

The Hurricanes make the short trip to FIU Baseball Stadium Wednesday for the back end of the home-and-home with the Panthers. First pitch for the contest, slated for broadcast on WVUM 90.5 FM, is set for 7 p.m.