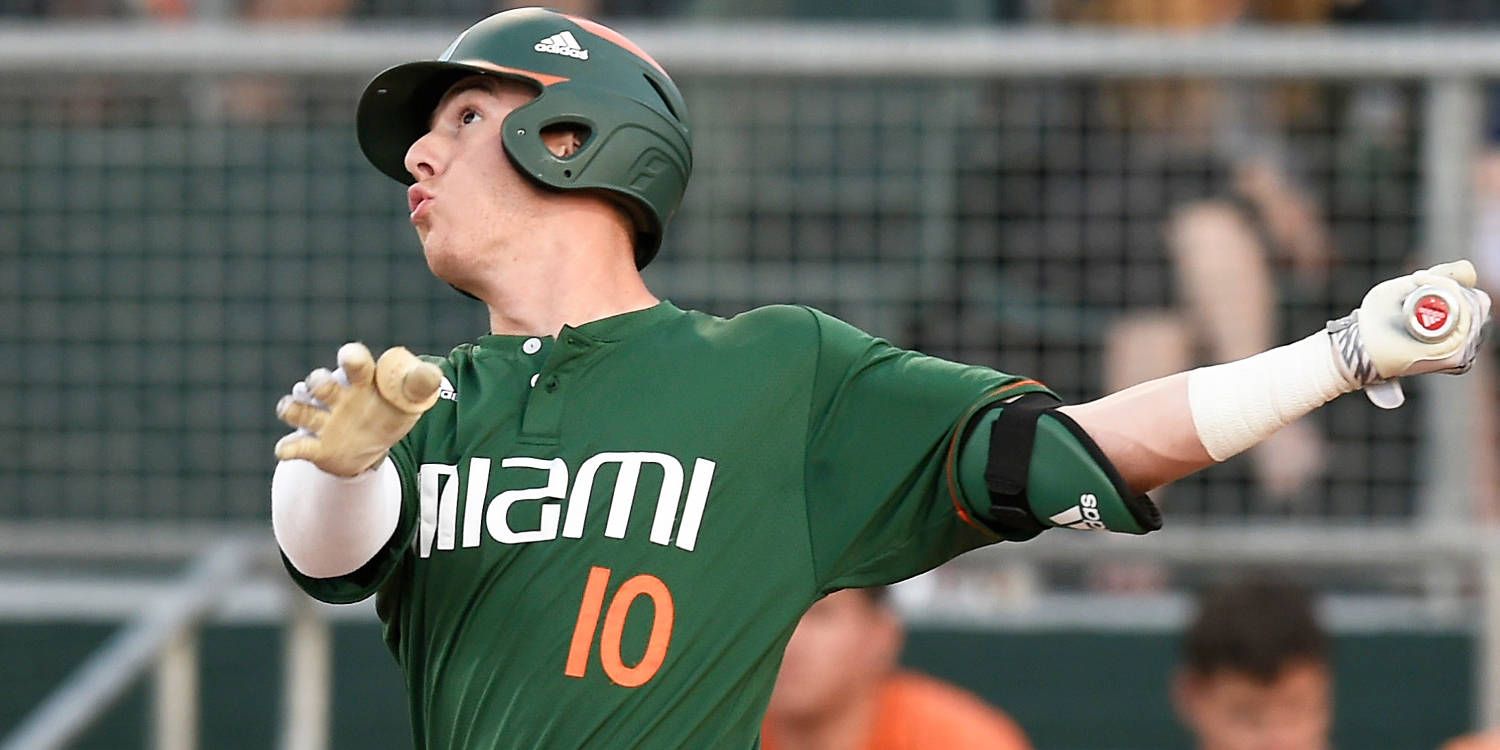 GAINESVILLE, Fla. – No. 17 Miami dropped its series finale with No. 2 Florida Sunday, falling in the afternoon affair by a final score of 6-2 at Alfred McKethan Stadium.

Sophomore Romy Gonzalez recorded the first multi-home run game of his career in the defeat.

Miami’s first hit came in the fourth, when Gonzalez lifted the first pitch he saw from Gators starter Jackson Kowar over the fence in right for a solo shot.

Gonzalez homered again in the eighth, as the infielder sent a pitch from Gators reliever Austin Langworthy over the fence in left for his team-leading third long ball of the year.

The Gators (6-1) took the lead for good in the home half of the fourth, as they tagged Miami lefthander Michael Mediavilla for three runs in the inning.

Christian Hicks tied the game 1-1 with a sacrifice fly, Nick Horvath gave the Gators a 2-1 lead on an RBI single and Dalton Guthrie doubled the lead to 3-1 on a basehit to right.

The Gators tacked on single unearned runs off McKendry in the fourth and fifth to push their lead to 5-1.

The Hurricanes chased Kowar (2-0) in the sixth.

Freshman Gregory Veliz, who singled earlier in the game for his first collegiate hit, reached on a two-out walk and fellow freshman Michael Amditis singled, prompting a Florida pitching change.

But Gators reliever Michael Byrne entered and struck out Hunter Tackett to end the inning.

Kowar allowed four hits and three walks in 5.2 innings. He struck out seven batters in an 89-pitch outing.

Mediavilla walked the first two batters he faced Sunday, but avoided any damage when he struck out Jonathan India and induced a 4-6-3 double play from Gators slugger JJ Schwarz.

An inning later, Mediavilla skirted any damage in a two-on, two-out jam by striking out Nick Horvath to keep the game scoreless.

The Hurricanes next travel to Boca Raton, Fla., for a midweek matchup with FAU on March 1. First pitch for the contest, slated for broadcast on WVUM 90.5 FM, is set for 6:30 p.m.