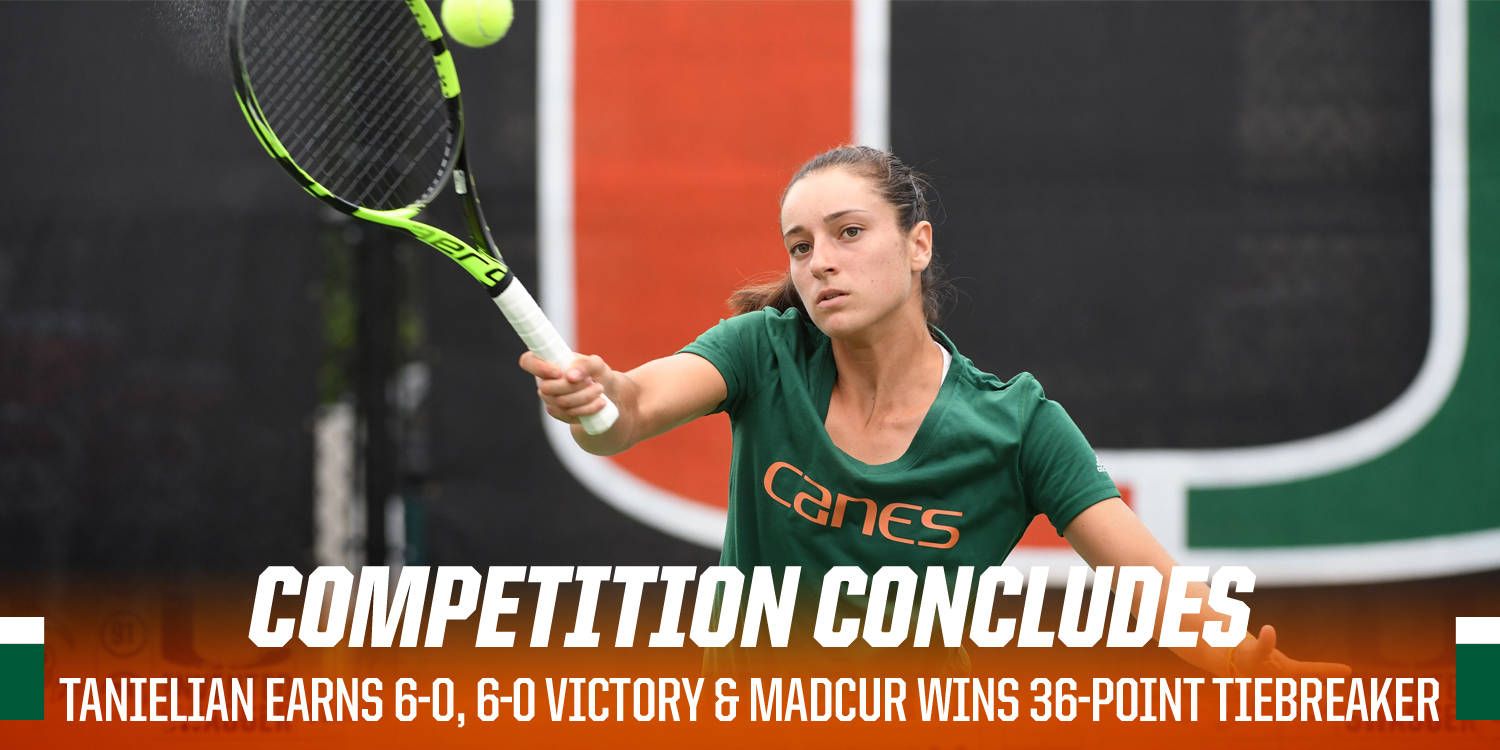 Due to weather, all action was held indoors at the Preston Robert Tisch Building. Miami posted a 4-5 mark in singles—including sophomore Ana Madcur winning a 36-point first-set tiebreaker to help her to victory—and tallied a 2-2 record in doubles.

Overall, the Hurricanes finished the three-day event at 23-15, including 17-9 in singles competition, against players from Michigan, Princeton and Washington.

“We learned a lot about this team over the past three days,” Miami head coach Paige Yaroshuk-Tews said. “There are some very bright spots that are still a little raw. With continued work, we will be peaking at the appropriate time. I’m proud of our fight and our doubles mentality today.”

The Hurricanes split a quartet of doubles matches against pairs from Princeton. Junior Sinead Lohan and freshman Dominika Paterova notched a 6-3 victory against Caroline Joyce and Nicole Kalhorn, while Madcur and freshman Estela Perez-Somarriba topped Sara Goodwin and Clare McKee, 6-4.

Prior to doubles competition, three Hurricanes faced off against Princeton players in singles, with all of them earning straight-set wins. Tanielian defeated McKee in outstanding fashion, not dropping a single game in the 6-0, 6-0 victory. Paterova notched a 6-1, 6-2 win over Goodwin in her match.

“Madcur has been playing some amazing tennis lately,” Yaroshuk-Tews said. “Her tiebreaker was the longest I’ve ever seen. To come out on top and then be able to physically roll her opponent says a lot about her character.”

Miami also played a half-dozen singles matches against the homestanding Wolverines to cap the weekend. In the lone ranked matchup of the afternoon, fifth-ranked Lohan beat No. 41 Kate Fahey, 6-3, 6-2, to move to 8-1 on the fall, including 5-1 against ranked opponents.

The Hurricanes will be back in action Thursday through Monday at the USTA/ITA Southeast Regionals in Gainesville, Fla.