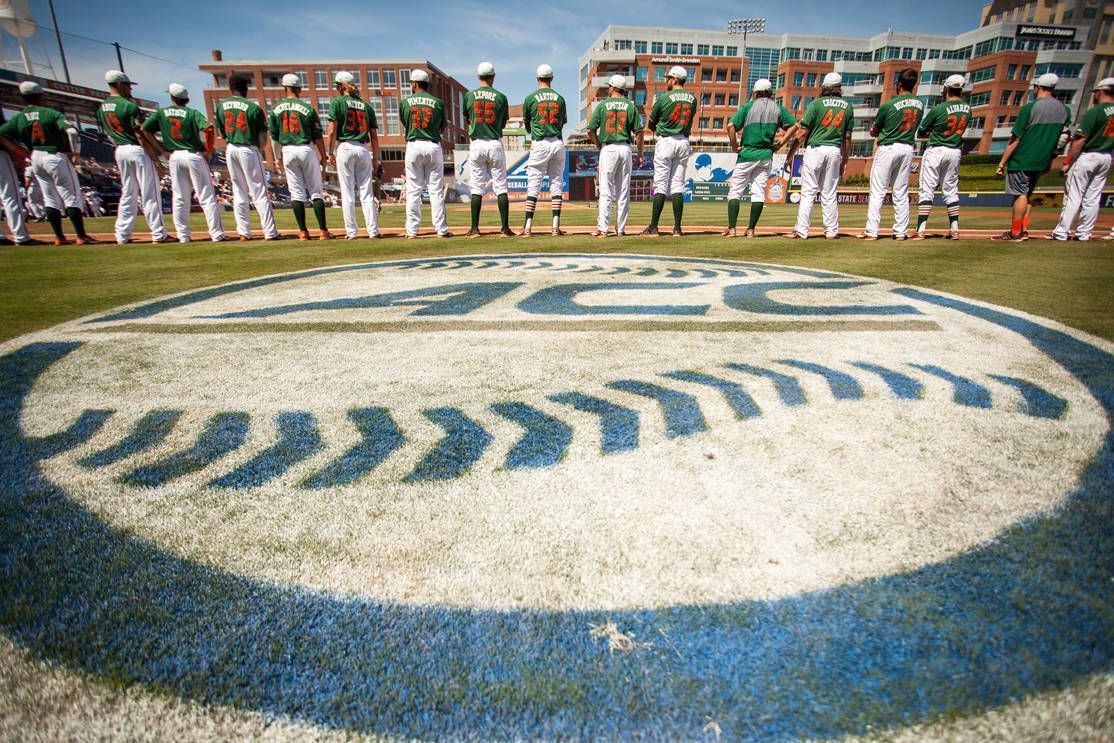 Trailing 4-2 and down to their final three outs, the Hurricanes had three straight batters reach on a hit batsman and back-to-back walks issued by Seminoles closer Tyler Warmoth. Reliever Chase Haney entered in relief for Florida State and allowed a game-tying, two-RBI single to redshirt junior Edgar Michelangeli.

But the Seminoles (37-19) prevailed in the home half of the inning, when Dylan Busby connected on a walk-off, bases-loaded single off Miami reliever Devin Meyer (1-1) to secure Florida State’s place in Sunday’s championship game.

The lefthander struck out six batters and scattered seven hits. He allowed just two runs, marking his eighth start this season of at least six innings and two or fewer runs allowed.

“Mediavilla pitched outstanding. It was a good, well-played college baseball game,” head coach Jim Morris said. “We left some guys on base. But Edgar’s gotten some big hits for us the last two nights, the last two games.”

Michelangeli, who crushed a go-ahead, ninth-inning home run Wednesday in a comeback win over NC State, gave Miami a chance to win the game once again Saturday.

“It doesn’t matter how many outs we have left,” Michelangeli said. “As long as we’re still playing, we still feel like we have a shot to win the game. As long as that’s happening, we’re fine. That’s how we feel.”

Unfortunately for Miami (45-11), Florida State lefthander Tyler Holton matched Mediavilla’s strong performance with one of his own. The freshman set a career high with nine strikeouts, and departed after a career-long, seven-inning outing.

“First of all, it was a great game, hard-battled game,” Morris said. “Holton pitched really well against us. He pitched well against us at Florida State, the game they beat us down there, too.

It was the Hurricanes who struck first in their pool play finale, jumping out to a 1-0 lead on a two-out RBI double by Randy Batista in the second inning. After junior Willie Abreu connected on a double off the “Blue Monster” in left, Batista followed by splitting two outfielders with the run-scoring hit.

Miami doubled its lead two innings later, thanks again to timely two-out hitting. Junior Jacob Heyward capitalized on a two-out triple by Batista with a single lifted over the head of Florida State shortstop Taylor Walls to give Miami a 2-0 lead.

Florida State tied the game in the bottom of the fourth on a two-run home run by Dylan Busby to centerfield.

The Seminoles threatened to take the lead in the sixth, but Mediavilla worked his magic to avoid any damage. A single, double and walk loaded the bases with just one out, but Mediavilla induced a shallow popout from Steven Wells Jr., and a flyout to center by Walls to keep the score locked at 2-2.

“Again, we fight every game,” Mediavilla said. “We take every game, every inning, serious, and we did it today again. We just came up short.”

A two-RBI single by Florida State’s Quincy Nieporte off Miami reliever Frankie Bartow put the Seminoles ahead 4-2 in the seventh.

“It’s a good game every time we go out there,” Mediavilla said. “Of course there’s a rivalry between us, but we expect their best and they are going to expect our best every game.

“It’s always going to be high-intensity performance by both teams. It’s just great. This is what college baseball is all about – just playing this type of rivalry game.”

The Hurricanes, who have made a NCAA-record 43 consecutive postseason appearances, will find out their postseason fate in the Division I Baseball “Road to Omaha” Selection Show on ESPNU on Mon., May 30. The show is slated to begin at noon ET.