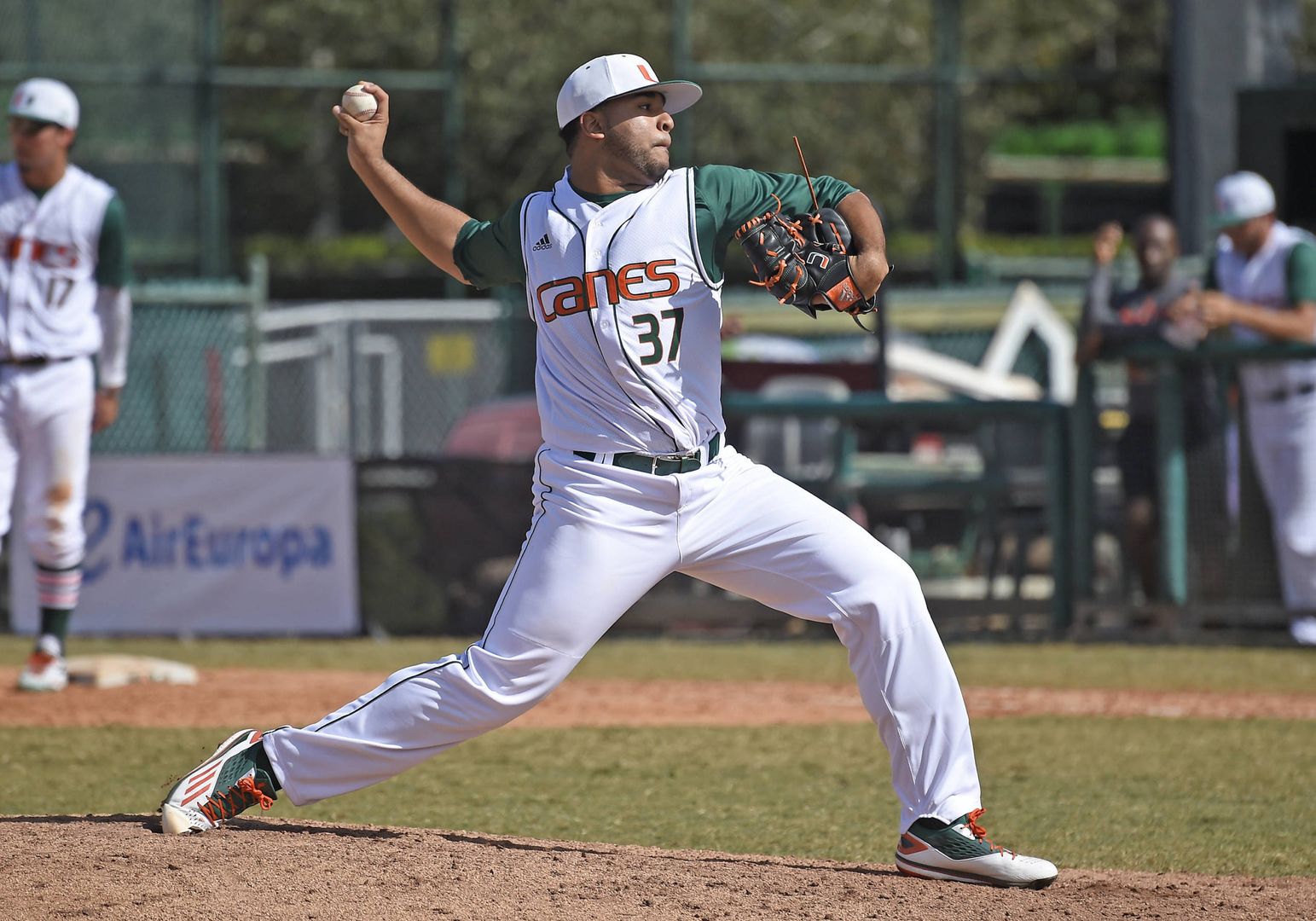 JUPITER, Fla. – The University of Miami fell in its annual exhibition with the Miami Marlins Tuesday afternoon, dropping the afternoon affair by a final score of 5-1 at Roger Dean Stadium.

As the first opponent on the Marlins’ 2016 spring training schedule, the Hurricanes impressed in front of 2,023.

“At the beginning of the game, you’re thinking, ‘wow we’re playing all these great players.’ But once you’re on the mound, you don’t really think about it. Honestly, looking back now, I can’t describe the feeling. It was an honor.

Head coach Jim Morris was happy with the performance of his team, who even jumped out to an early lead. But he said Tuesday’s exhibition goes a lot further than the on-field performance.

“It’s all about our players with this game, as far as I’m concerned,” Morris said. “It’s for them to see where these [professional] guys are at. Our guys would love to be in the big leagues, just like anybody who has ever played the game.”

The Hurricanes went up 1-0 on a sacrifice fly from junior Jacob Heyward in the first inning.

A walk from sophomore Carl Chester and an infield single from redshirt junior Christopher Barr put runners on the corners for Heyward, who lifted a pitch from starter Jake Esch to left to plate the opening run.

The Marlins responded, however, tying the score on an RBI single from Justin Bour off Pimentel in the bottom half of the first.

After quickly retiring Gordon, last year’s NL batting champ, and Marcell Ozuna, Pimentel allowed three singles in a row to Yelich, Stanton and Bour to knot the game 1-1. But the righthander induced a groundout from Martin Prado to avoid any further damage.

Pimentel tossed four innings, including scoreless frames in the second and third. He surrendered three runs, including two on a two-RBI double to left-center by Robert Andino in the fourth.

When asked about the highlight of his afternoon, Pimentel was quick to respond.

“All the groundball outs I got – I got Gordon out, I got Giancarlo to ground out,” Pimentel said. “I’m just trying to get better to make it up there one day.”

Pimentel said the outing helped instill confidence in his own abilities moving forward.

“Before I was struggling to throw strikes, but today I was filing up the zone and just attacking hitters,” he said. “I just need to bring that mindset to ACC games coming up.”

The Marlins added a run off freshman Isaiah Musa in the sixth and one more off junior Ryan Guerra in the eighth to move their lead to 8-1. Redshirt freshman Daniel Epstein a scoreless seventh inning.

Morris said while his players enjoyed competing against some of the best in Major League Baseball, he enjoyed a special opponent for the day.

“For me, in the other dugout, is Don Mattingly,” Morris said. “I watched him play for many years at Yankee Stadium He is a great player and a very nice guy, and the Marlins are very lucky to have him.”

The Hurricanes return to Alex Rodriguez Park at Mark Light Field Wednesday for a midweek matchup with FGCU. First pitch for the contest, slated for broadcast on ESPN3 and WatchESPN, is set for 6 p.m.