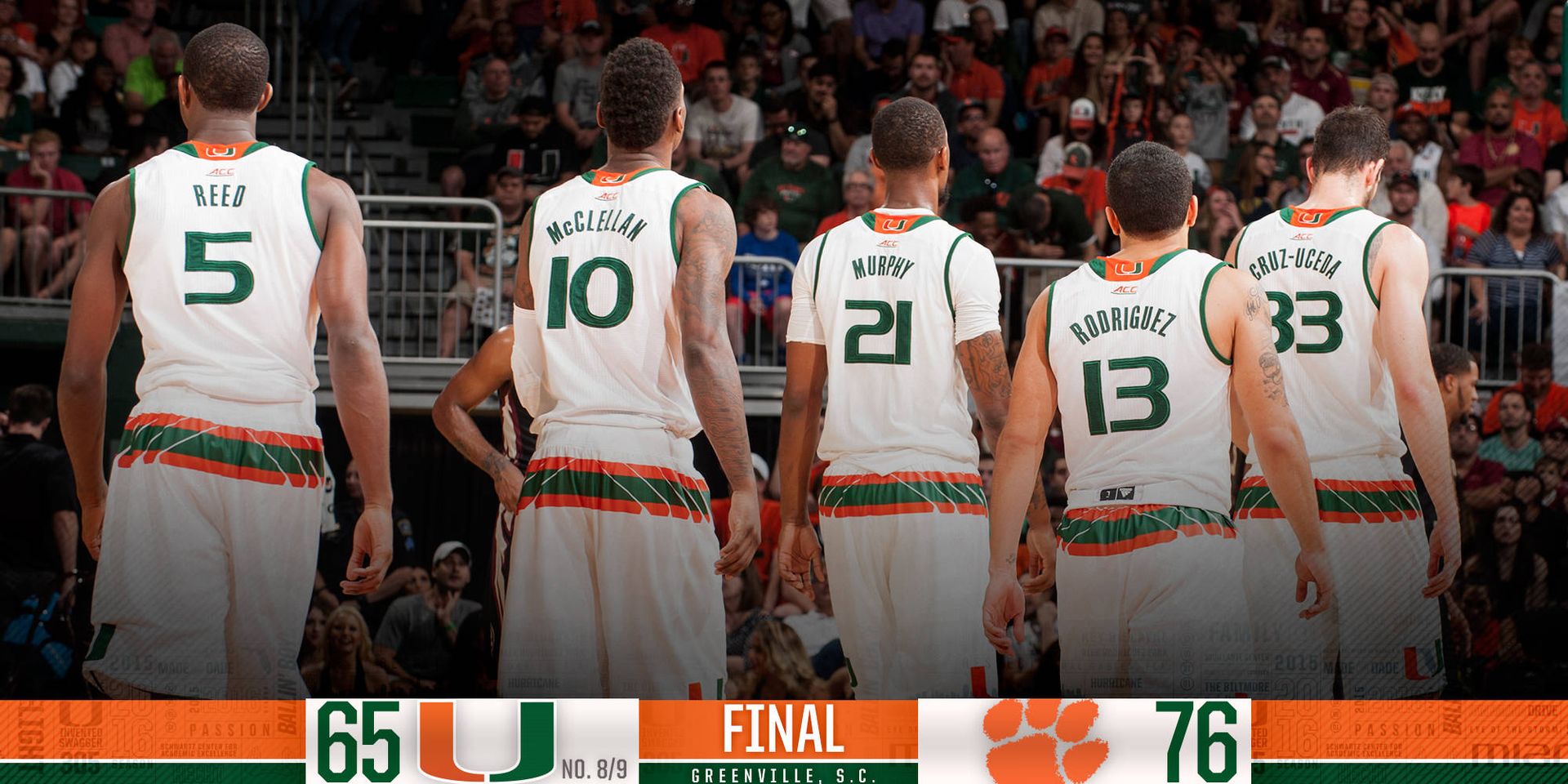 GREENVILLE S.C. (AP) –  Jaron Blossomgame scored 25 points and Clemson defeated a third straight ranked opponent for the first time in program history with a 76-65 victory over No. 8 Miami on Saturday.

The Tigers (12-6, 5-1 Atlantic Coast Conference) have won five straight overall, a run that includes a win at Syracuse and home victories over No. 21 Louisville, No. 9 Duke and the Hurricanes (13-3, 2-2), who dropped their second straight.

The Tigers looked like their tank may have run out as Miami opened a 57-51 lead with about 7 minutes left. That’s when Clemson went on a 25-8 run to end the game and continue its stunning ACC start.

Davon Reed led Miami with 17 points while high-scoring point guard Angel Rodriguez was held to three points on 1-of-7 shooting.

Jordan Roper scored 18 points for the Tigers, who hadn’t beaten three ranked teams in a season since 1998

-Miami dropped to 10-13 overall in the all-time series against Clemson. The Hurricanes also fell to 2-7 on the road against the Tigers.

-With the loss, the Hurricanes dropped to 8-2 in their last 10 games.

-Miami’s starting lineup of Angel Rodriguez, Sheldon McClellan, Davon Reed, Kamari Murphy and Tonye Jekiri made their 10th appearance of the season. Miami dropped to 8-2 on the year with this lineup to open a game.

-Davon Reed scored a game-high 11 points, connecting on 4-of-5 shots from the field in the first half. He finished the game with 17 points.

-Tonye Jekiri pulled down a team-best 11 rebounds. Jekiri has tallied 10-or-more rebounds in 10 games this season.

-Reed has hit three-or-more free throws in every game but five (vs. Utah, Florida, Syracuse, Virginia and Clemson).

-McClellan also has a steal in every game but two (vs. Charlotte and Princeton).

-Rodriguez has knocked down a 3-pointer in every game but four (La Salle, Syracuse, Florida State and Clemson).

-Ivan Cruz Uceda has knocked down at least one 3-pointer in every game except two, at Nebraska and vs. Florida, including seven-straight outings.

Canes as a Ranked team

-Miami is 2-4 in true road games when ranked in the top 10 in at least one poll.

-The Canes are 4-2 against Clemson under Coach L.