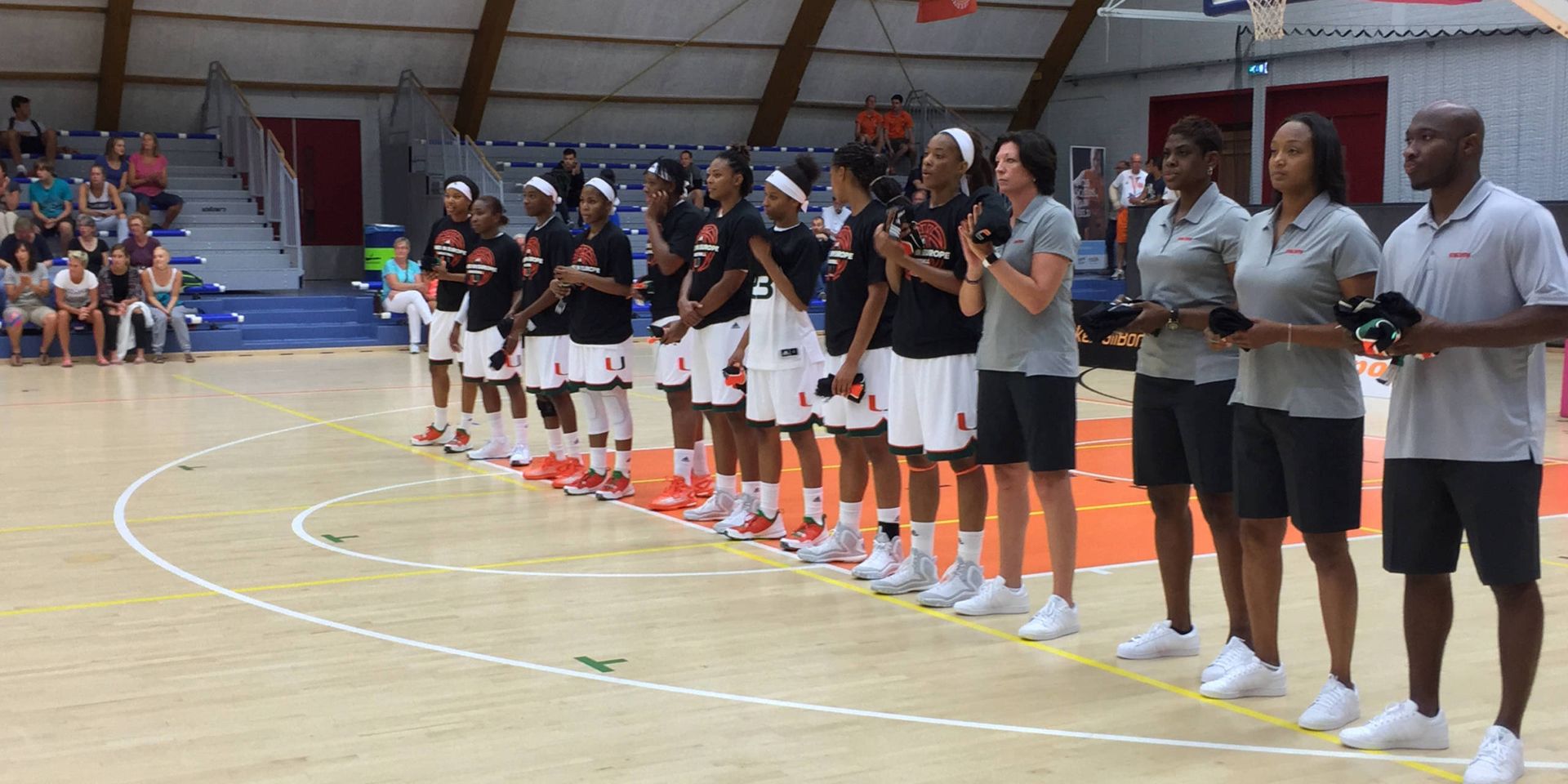 AMSTERDAM – The University of Miami women’s basketball team fell 86-68 to the Netherlands National Team in the first game of its foreign tour Tuesday evening at Sporthallen Zuid.

The Hurricanes jumped out to an early 11-4 lead, including a pair of three-pointers by redshirt senior guard Michelle Woods. The Netherlands then countered and the score was tied at 19 through one quarter of play.

After the Netherlands scored the first nine points of the second quarter, Miami bounced back with an 11-4 run, during which Greene hit three shots from beyond the arc.

The Netherlands took a 39-35 lead into the break and then came out hot in the third quarter to build its lead considerably, but once again the Hurricanes had an answer. Miami trimmed the deficit to eight late in the frame, but the Netherlands regained control and went on to win 86-68.

The Netherlands’ Loyce Bettonvil led all scorers with 22 points, including 15 in the second half. Zera Butter added 13 points and the pair combined to shoot 6-of-12 (50 percent) from three-point range.

In addition to leading the Hurricanes in scoring, Greene also topped all players with six steals, while Harris chipped in with five more. Motley was the game’s leading rebounder with eight boards and tied for the game high with three assists.

The contest marked the debut of freshman forward/center Zada Williams in a Miami jersey, as well as the return of redshirt junior forward Keyona Hayes, who missed the 2013-14 due to injury.

Miami will take on the Netherlands National Team again Wednesday at 1:00 p.m. ET (7:00 p.m. local time) on its final full day in Amsterdam.

To keep up with the Hurricanes throughout their foreign tour, follow @CanesWBB.