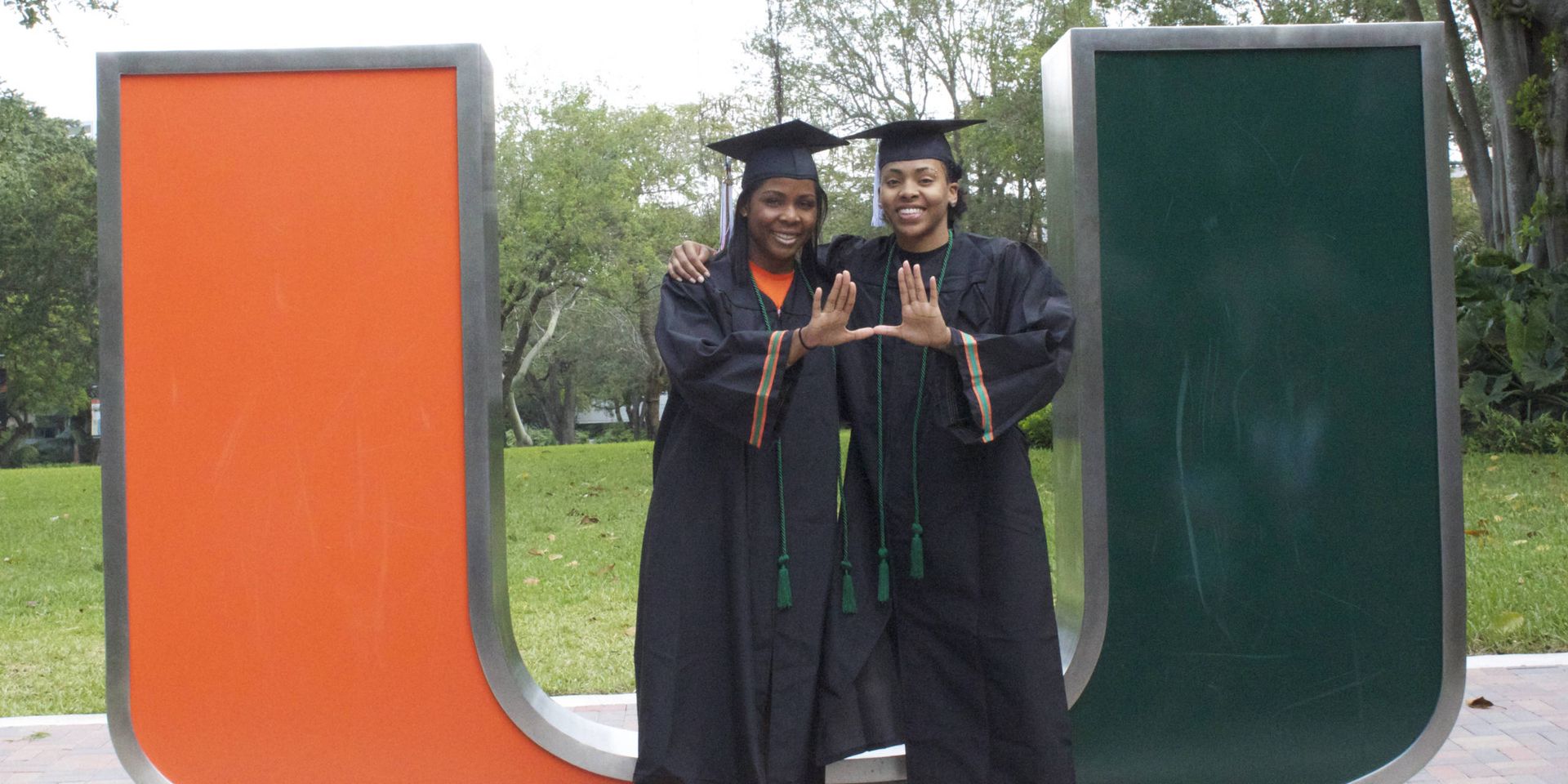 “Our program’s mission starts and ends with graduating our student-athletes,” Miami head coach Katie Meier said. “To be able to graduate three student-athletes with bachelor’s degrees and adding in a master’s as well makes this a special day. All four of these young women gave their hearts and souls to UM and have tremendously bright futures ahead.”

A guard from Minneapolis, McGuire will receive a Bachelor of Arts in Studio Art, with a minor in dance. McGuire played in 127 games in her four seasons at Miami, tied for the third most in program history. She also finished her career No. 11 in blocked shots with 76 and led the team in steals during her junior year with 43.

Sterling, a Los Angeles native, will earn a Bachelor of Arts in Liberal Arts after transferring in from Gulf Coast State College in Panama City, Fla. following her sophomore year. Sterling led the Hurricanes in three-point percentage this season and her 36.2 percent clip from beyond the arc ranked No. 12 in the ACC. Additionally, the forward finished fourth on the team in scoring.

Woods will receive a Bachelor of Arts in Sociology, with a minor in sport administration. The guard from Naples, Fla. ranked top three on the Hurricanes in points, assists, minutes, three-pointers made, and free throws made. After missing a season due to injury, Woods has one season of eligibility left and is set to return to Miami for the 2015-16 season.

An ACC Honor Roll selection each of the past two years, Williams will earn her Master of Arts in Liberal Studies. The Davie, Fla. native received her Bachelor of Science in Communication last year and was named the team’s recipient of the Academic Award twice in her three years at Miami, after transferring from Auburn. Williams set the program’s single game blocks record with nine and finished third all-time with 133.

“We wish our three departing student-athletes well in their future endeavors and are extremely happy to have Michelle Woods returning for another year,” Meier said.