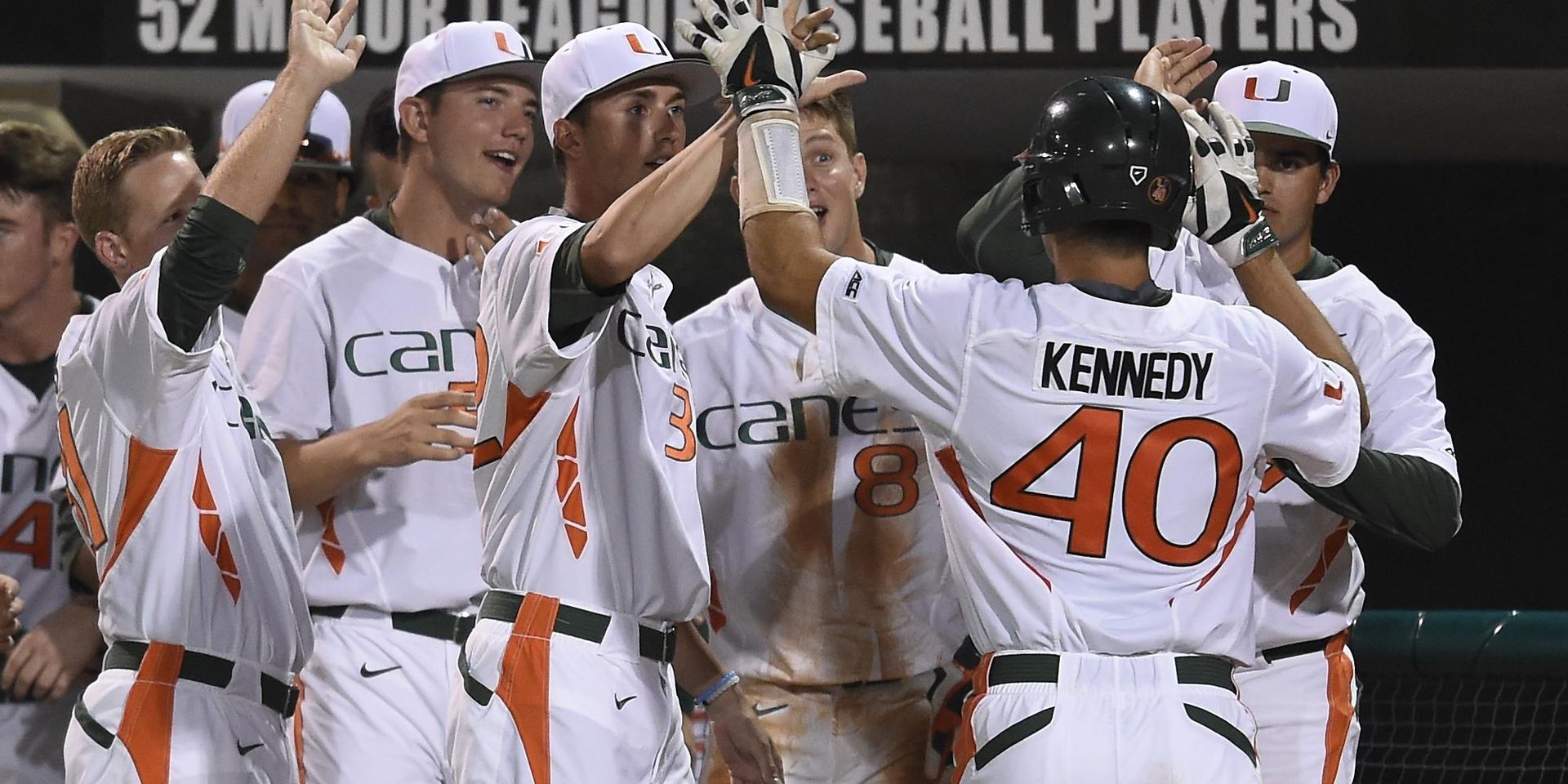 The Hurricanes (28-9, 14-4 ACC) employed the same formula they had in the first two games – a strong start on the mound and early offensive production – to improve to 8-0 in the month of April.

“I thought we played another good game,” head coach Jim Morris said. “We played pretty well all weekend. Our pitching, our hitting and our defense all came together.”

He struck out six, did not walk a batter, and improved to 4-0 at home this season with his second straight dominant outing.

“Since the start of team stretch, I was feeling really good,” Sosa said. “Throughout the whole outing, I was just throwing strikes and getting ahead of hitters.”

Miami tagged Hokies righthander Aaron McGarity (3-4) for three runs in the second inning to give Sosa a comfortable cushion.

“Run support is always nice. The defense played really well behind me, and that helps a lot,” Sosa said.

An RBI single from Willie Abreu gave Miami a 1-0 lead in the second, while an RBI groundout from Ricky Eusebio and a wild pitch bumped the Hurricanes advantage to 3-1.

From there, the righthander cruised. He struck out the Hokies (17-20, 7-11 ACC) side in the third, beginning a stretch of 11 straight batters retired until a leadoff single from shortstop Alex Perez opened the seventh.

After posting disappointing results in back-to-back starts against Wake Forest and North Carolina, Sosa has found a groove over his last two outings at home.

“When I was struggling, I was trying to strike out more hitters,” Sosa said. “The last two outings, I’ve just tried to get ahead, work at the hitters and not try to strike everyone out – just get groundballs and let my defense play behind me.

By the time David Thompson’s 10th home run of the season cleared the fence in the bottom of the fifth, Miami was well in control of its eight straight victory in front of 2,625.

Thompson finished 2-for-3 with three RBI, bumping his team-leading total to 48.

“It’s been a lot of fun. Our whole team has been hitting really well all year,” Thompson said. “Hopefully we can continue hitting the rest of the year like this.”

Thompson’s home run came on a 1-0 fastball that McGarity left over the heart of the plate.

Sosa would have exited after seven shutout innings if not for a mental lapse by the Canes infield that allowed a run to score on a botched fielder’s choice.

But the righthander gathered himself to retire Andrew Mogg on a groundout and exit with his team sporting a 7-1 lead.

“[Sosa’s] last two outings have been outstanding,” Morris said. “He should not have given up a run today – that’s the only run he has given up in the last two games.”

Sophomore Cooper Hammond pitched a scoreless eighth while freshman Michael Mediavilla retired the side in the ninth.

“Virginia Tech had some big wins coming into this series, so it was big for us to sweep at home,” Morris said. “We played well as a team.”

Miami will wrap up its nine-game homestand Wednesday vs. UCF at Mark Light Field. First pitch for the game, slated for broadcast on WVUM 90.5 FM, is set for 6 p.m.