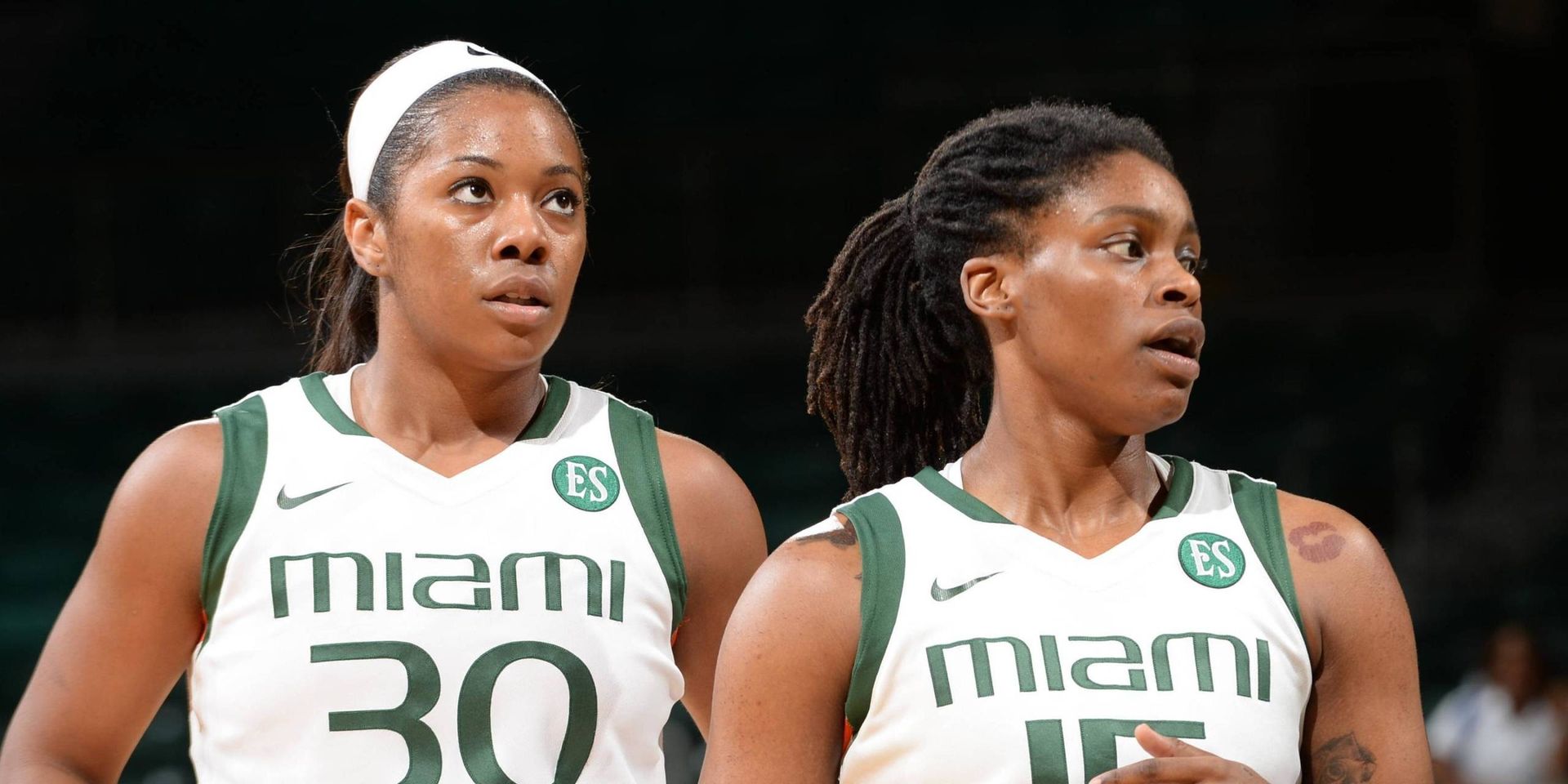 The Game
Miami will welcome the Eagles of Coppin State to the BankUnited Center Saturday, Dec. 13 at 1:00 p.m. to wrap up a seven-game homestand.

The Team
Head coach Katie Meier’s team features eight returnees, including starters Keyona Hayes, Suriya McGuire and Adrienne Motley. A sophomore guard from Newport News, Va., Motley has scored at least 16 points in all seven home games and has posted 21 points on over 52 percent shooting in four of them.

Redshirt freshman guard Nigia Greene and redshirt junior guard Michelle Woods are also back after missing the 2013-14 season due to injury and have combined to average 12.5 points and 5.6 rebounds per game thus far.

Additionally, the Hurricanes have five new faces this year, featuring a mix of local, national and international talent. Miami’s newcomers are all freshmen and consist of forwards Erykah Davenport, Keyanna Harris, Khaila Prather, and Laura Quevedo, as well as guard Aisha Edwards.

Miami is allowing just 51.9 points per game this season, good for the best mark in the Atlantic Coast Conference.

The Coach
Katie Meier is in her tenth year at the helm in Coral Gables, Fla., and is looking to build upon the team’s many recent successes. The Hurricanes have made five consecutive postseason appearances, three in the NCAA Tournament and two in the WNIT, and have also had over 20 wins in four of the past five seasons. Meier holds a career record of 245-168, including a record of 169-123 at Miami. Meier is five wins away from 250 career victories.

Last Time Out
The Hurricanes defeated Jacksonville 65-36 Saturday, Dec. 6 at the BankUnited Center and held the Dolphins (2-5) without a field goal for over 15 and a half minutes to start the game. Adrienne Motley led the Hurricanes with 17 points and three assists, while sophomore guard Jessica Thomas had 13 points and Nigia Greene added 12. Erykah Davenport had the strongest game of her young career, recording career highs in points and rebounds, with nine and five respectively.

Up Next
After concluding the seven-game homestand, Miami will head to New Orleans, La. to play a pair of games in the Tulane/DoubleTree Classic. The Hurricanes are set to face UCLA Dec. 18 at 6:00 p.m. and then Tulane Dec. 19 at 8:00 p.m.

Promotion
Participants in the Edna C. Shalala U5K Run/Walk Saturday at 10:00 a.m. will receive free admission to Miami’s game against Coppin State with their race bib. To register for the race or learn more about it, visit Miami5K.com.