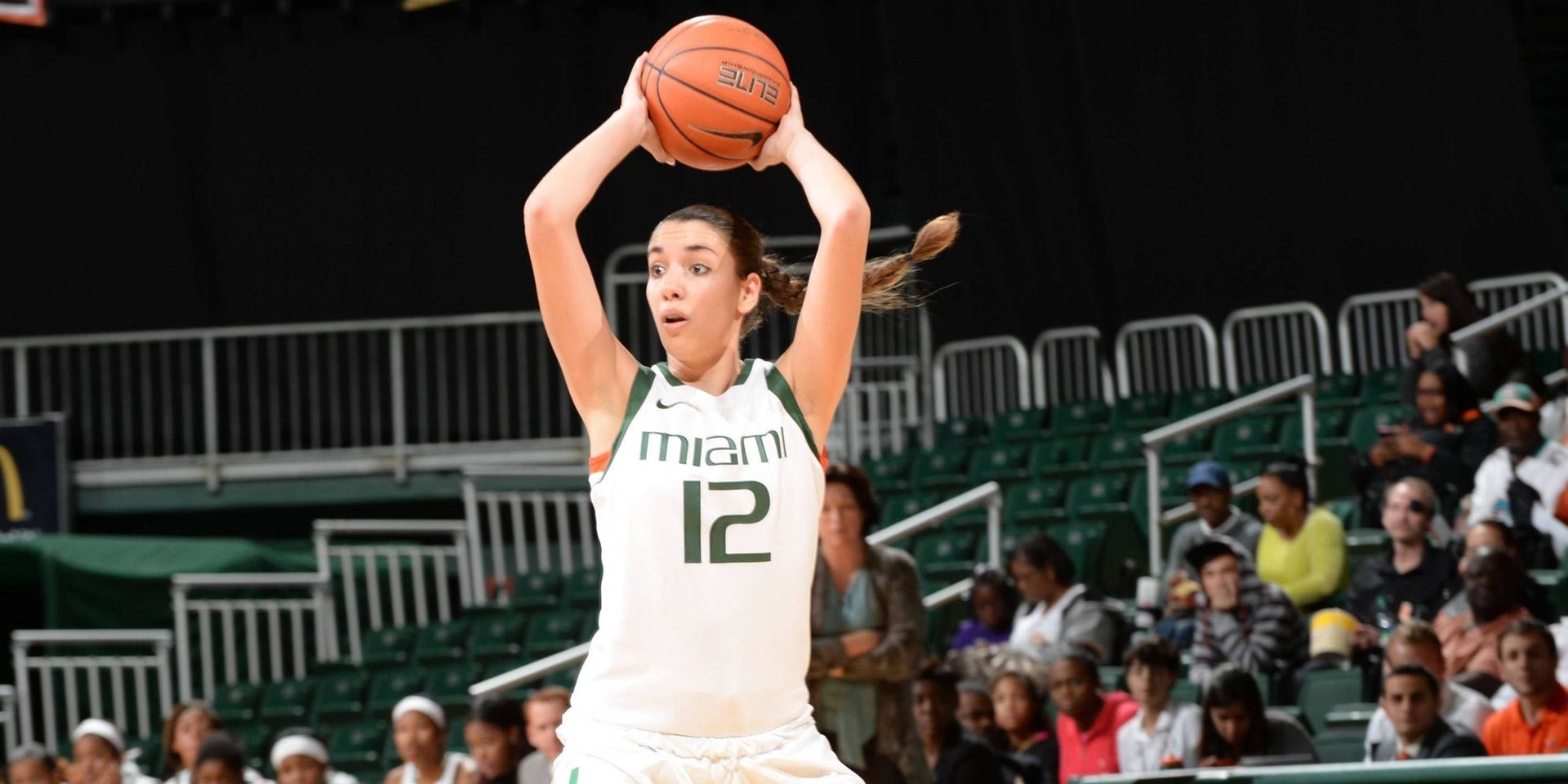 The Game
The Hurricanes will host the Jacksonville Dolphins Saturday, Dec. 6 at 4:00 p.m. at the BankUnited Center. The game is part of a doubleheader, as the Miami men’s team will face Green Bay at 2:00 p.m. at the BUC.

The Series
Miami and Jacksonville have just prior meeting in the programs’ histories, with the Dolphins winning at Miami, 72-64, on Nov. 13, 2007.

The Team
Head coach Katie Meier’s team features eight returnees, including starters Keyona Hayes, Suriya McGuire and Adrienne Motley. A sophomore guard from Newport News, Va., Motley has scored at least 16 points, made at least six field and shot over 46 percent from the floor in all six of Miami’s home games.

Redshirt freshman Nigia Greene and redshirt junior Michelle Woods are also back after missing the 2013-14 season due to injury and have combined to average 12.1 points and 5.7 rebounds per game so far.

The Coach
Katie Meier is in her tenth year at the helm in Coral Gables, Fla., and is looking to build upon the team’s many recent successes. The Hurricanes have made five consecutive postseason appearances, three in the NCAA Tournament and two in the WNIT, and have also had over 20 wins in four of the past five seasons. Meier holds a career record of 244-168, including a record of 168-123 at Miami. Meier is six wins away from 250 career victories.

Last Time Out
Miami knocked off Wisconsin 66-54 in the ACC/Big Ten Challenge Thursday, Dec. 4 at the BankUnited Center. The Hurricanes moved to 3-3 all-time in the event with the victory. Adrienne Motley led the Hurricanes by posting game highs in points (21), rebounds (seven) and assists (six). Senior guard Suriya McGuire had a season-high 19 points and matched a career high with five steals. Miami forced 28 turnovers in the win over Wisconsin (1-5).

Up Next
The Hurricanes will cap a seven-game homestand against Coppin State Saturday, Dec. 13 at 1:00 p.m. at the BankUnited Center.