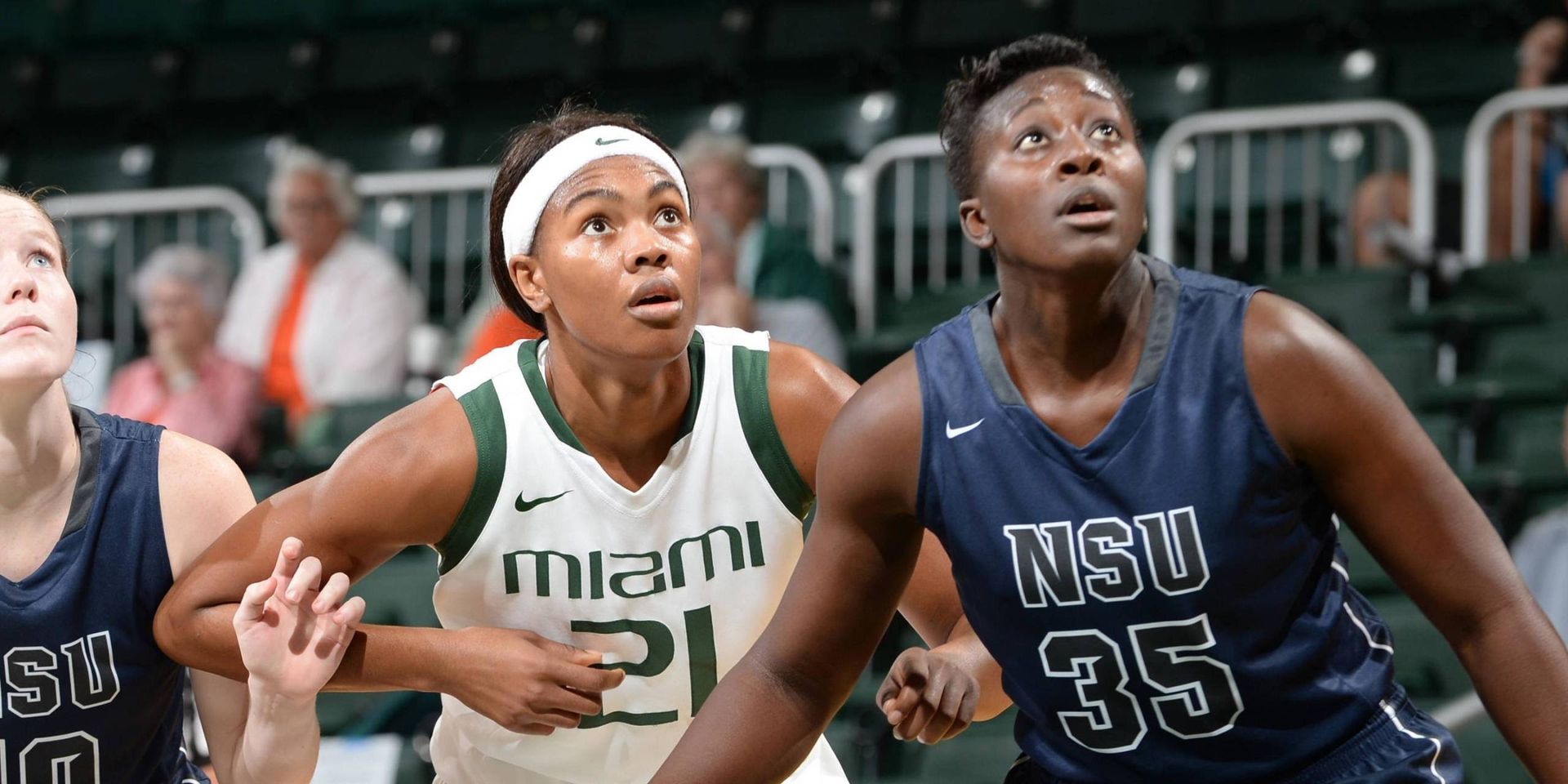 The Game
The Hurricanes will play game two of their seven-game homestand Tuesday, Nov. 25 at 7:00 p.m. against the Sun Devils of Arizona State at the BankUnited Center.

The Series
Miami and Arizona State have had two prior meetings, with the Sun Devils victorious both times. However, their combined margin of victory has been just six total points. The last game between the teams was last season, when Arizona State defeated Miami 75-73 on Dec. 21, 2013 in Tempe, Ariz.

The Broadcasts
WVUM 90.5 FM will have the call for the game and it will also be streamed online at WVUM.org. Live video will be available through Canes All Access. Jeff Munn of the Sun Devil Sports Network will broadcast the game as well.

The Coach
Katie Meier is in her tenth year at the helm in Coral Gables, and is looking to build upon the team’s many recent successes. The Hurricanes have made five consecutive postseason appearances, three in the NCAA Tournament and two in the WNIT, and have also had over 20 wins in four of the past five seasons. Meier holds a career record of 241-167, including a record of 165-122 at Miami.

Last Time Out
Miami began its seven-game homestand with a dominant 81-53 victory over North Florida on Nov. 21 at the BankUnited Center. Adrienne Motley had 21 points, while fellow sophomore guard Jessica Thomas posted 11 points and five assists. Freshman guard Laura Quevedo impressed with 15 points, including a trio of three-pointers. Miami did not trail at any point in the 40 minute affair.