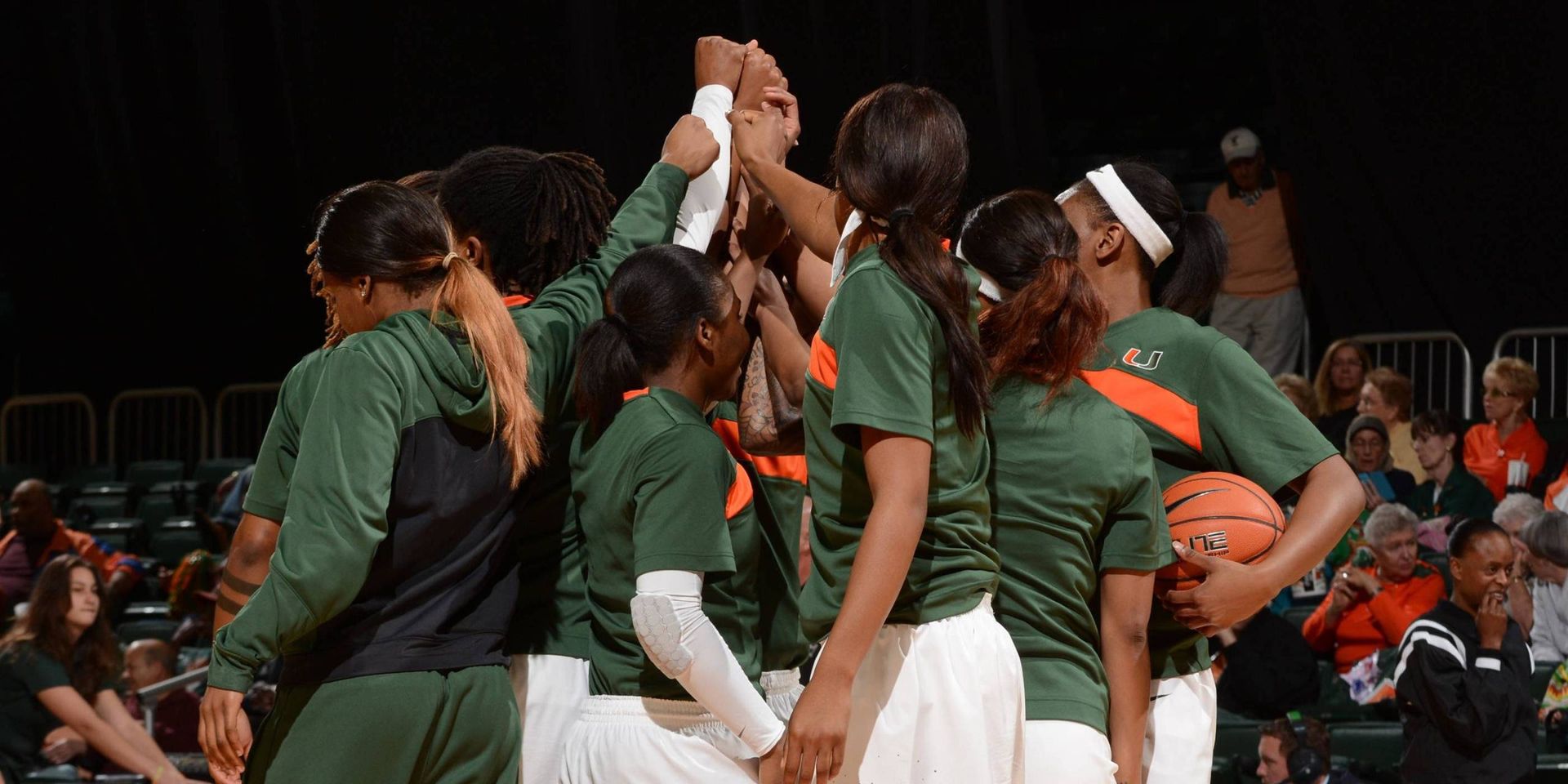 The Game
The Hurricanes will welcome the Golden Grizzlies of Oakland to the BankUnited Center in Coral Gables, Fla. for the regular season opener Friday, Nov. 14 at 11:00 a.m.

The Series
Miami and Oakland have met twice before, with the Hurricanes winning both games. The most recent meeting was last season on Nov. 19, 2013 at Oakland, with Miami defeating the Golden Grizzlies 86-68.

The Broadcasts
WVUM 90.5 FM will have the call for the game and it will also be streamed online at WVUM.org. Live video will be available through Canes All Access.

The Coach
Katie Meier is entering her tenth year at the helm in Coral Gables, and is looking to build upon the team’s many recent successes. The Hurricanes have made five consecutive postseason appearances, three in the NCAA Tournament and two in the WNIT, and have also had over 20 wins in four of the past five seasons. Meier holds a career record of 239-166, including a record of 163-121 at Miami.

Last Time Out
Miami opened its 2014-15 slate with an exhibition game against Nova Southeastern on Friday, Nov. 6 and the Hurricanes won 69-42. Suriya McGuire had 13 points and Nigia Greene added 12, while Khaila Prather pulled down 10 rebounds.

Up Next
The Hurricanes will open their road slate Monday, Nov. 17 at 8:00 p.m. against Middle Tennessee in Murfreesboro, Tenn.